This density experiment will let kids see which liquids or substances are more dense than others. Density is a fun thing to play around with and doing it with liquids is an easy visual! 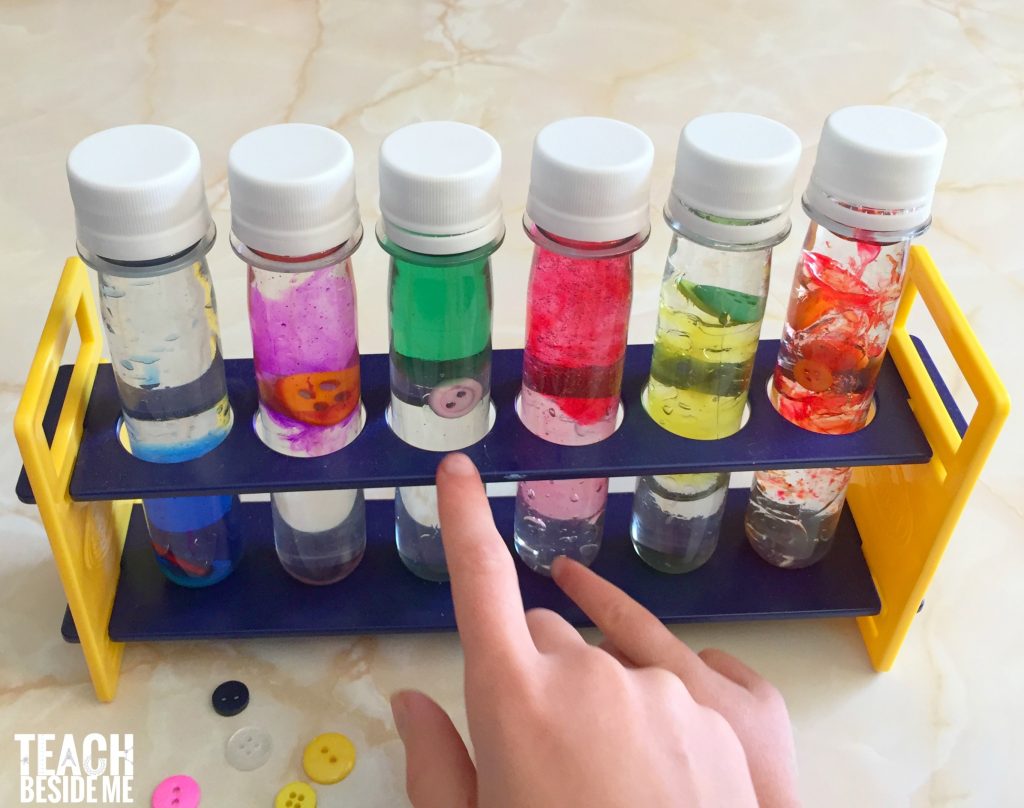 We tried out some different liquid substances by combining them into different bottles and seeing which ones were more dense and which ones mixed or did not mix.  We also added some buttons into our liquids to see if they would sink or float. You could also try glitter or other small objects.

Supplies for the Density Experiment: 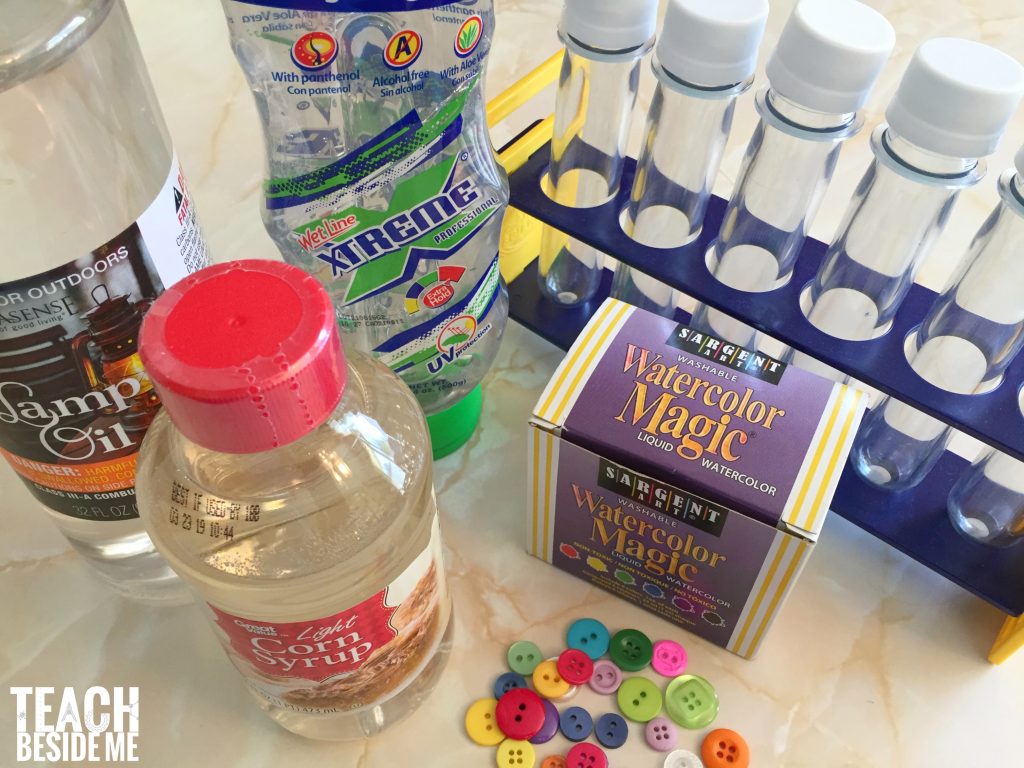 For our density experiment, we decided to try mixing different liquids and chose two of each to combine in each test tube. 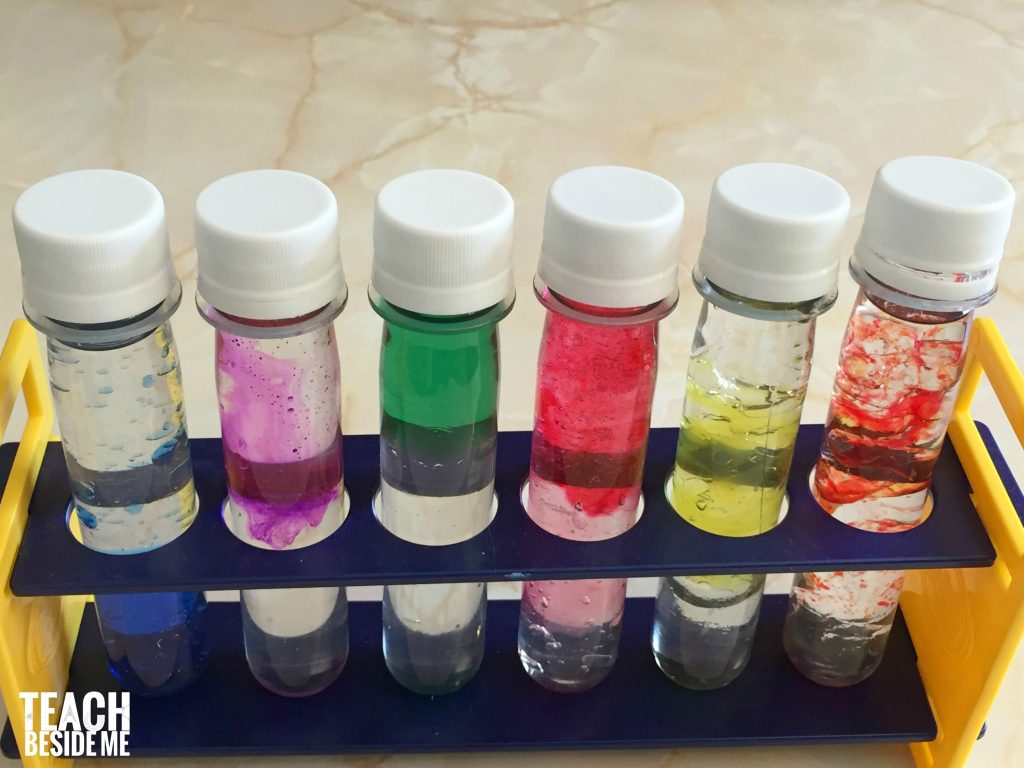 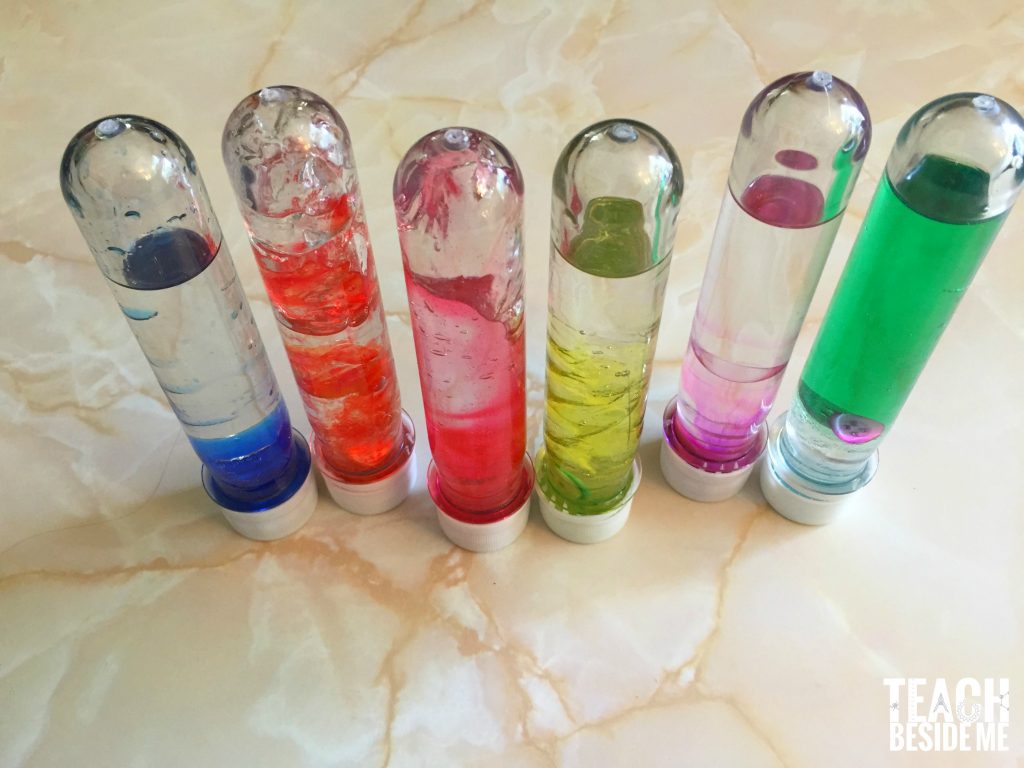 These Baby Soda Bottles are fun to use because they are bigger than regular test tubes and can stand upside down. Flipping them was fun to watch, too!

These density bottles are a blast to play with. My kids played with them for DAYS!  When I finally decided it was time to clean them out, they were sad and wanted to try it again!

This is definitely a good experiment to try at home or in a school setting!