Contractions are such a fun thing to learn about- the grammar contractions, not the birth kind. Those ones hurt. I am teaching my kids about different contractions with some printable contraction puzzles.

What is a Contraction?

First of all, we should define what a contraction is. Contractions are a group of words that are combined into a shortened form.

They are very common in speech. In fact, contractions are used more often than the words in regular form in the English language. In more formal writing you will see words written out and not contracted.

A common example of a commonly contracted set of words is can’t from the two words can & not. A less known one that I just learned is goodbye, which is shortened from the words “God be with you”. I thought that was cool!

The contraction that made me laugh a bit was y’all’d’ve which obviously combines the words “you all would have”. While I have heard that being said, seeing it written out looked a bit foreign! 🙂

Want to see the full list that I found? It’s over on Wikipedia.

To make these contraction grammar puzzles, I looked up a list of contractions in English so I could include as many as possible. I was shocked to learn how many there actually were! There were some that I had not heard of and some that I would not really consider contractions as in gonna. These puzzles do not have ALL of the listed contractions, just the more common ones that we use regularly.

There are 82 contractions in this puzzle set!

She’d- she would /had 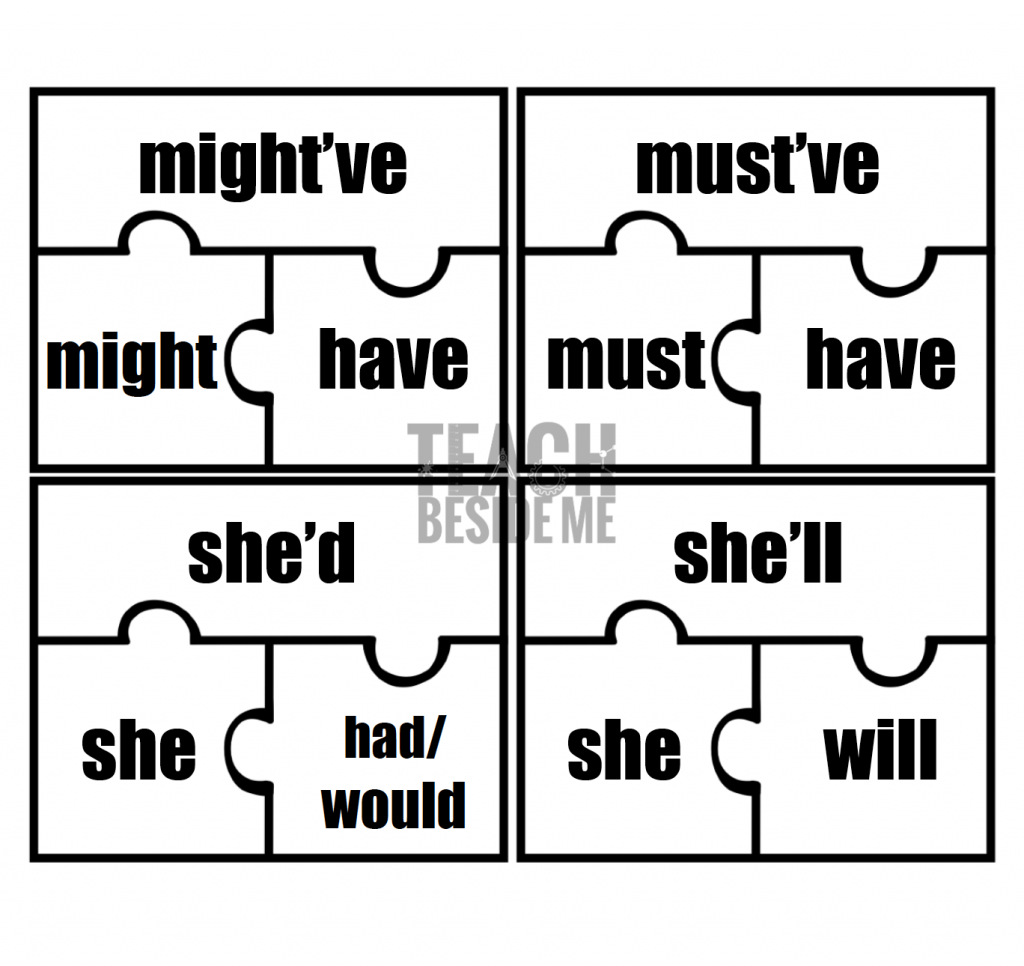 This printable set of contraction puzzles contains 21 pages. On each page there are four 3-part contraction puzzles. This adds up to 84 puzzles to use for learning contractions! (Well actually 83, because I left in one blank one to write in your own if needed.)

I have also learned some interesting things through making these, so its been a lot of fun! I hope you will find these to be useful for your teaching as well. I am excited to have these to use for my kids.

You can find this printable set in my shop. 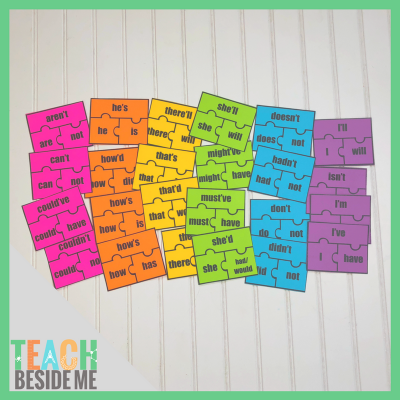