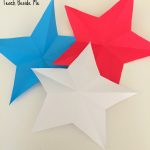 My kids have been attending a summer camp called Patriot Camp this week.  I volunteered to work at it & have been loving it so much.  I taught a lesson on the Declaration of Independence on Tuesday.  It was a blast.  We learned about the first Independence Day. We also made a five-pointed star. I am going to teach you how to cut a five-pointed star, also called an origami star. It’s really quite an easy little trick! 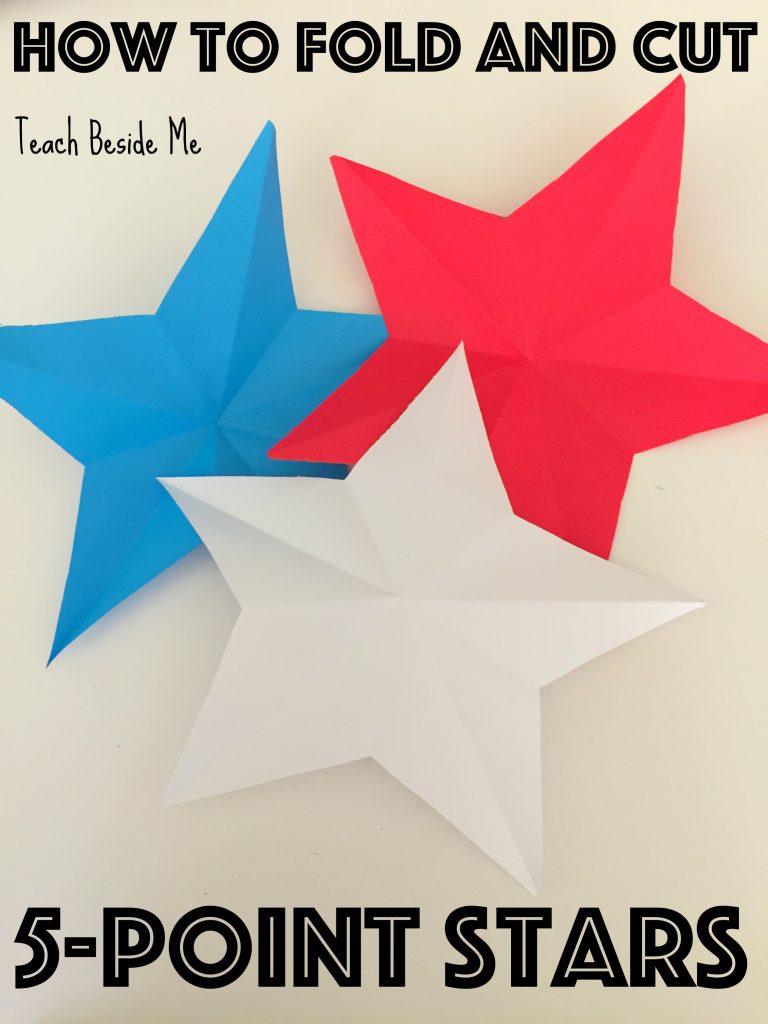 Legend says that George Washington’s original pencil sketch for the American flag had 6-point stars, a form he apparently preferred. Betsy Ross, however, recommended a five pointed star. When the committee protested that it was too difficult to make, she took a piece of paper, folded it quickly, and with a single snip of her scissors, produced a symmetrical five-pointed star. This paper trick so impressed her audience that they readily agreed to her idea.

I also heard that the 6-point star (Star of David) is representative of the 12 tribes of Israel.  It has 12 sides.  But since the 10 tribes were lost, they changed it to the five pointed star with only 10 sides and used that instead.  I don’t know if this is completely accurate, but I liked it…

It was a fun and simple thing to make, so I thought I would share!

How to Fold and Cut a Five Pointed Star or Origami Star:

To make this origami star, you need to start with a square piece of paper.  So, take an 8 1/2 x 11 piece of paper & fold it over to make it into a square. Cut off the extra. 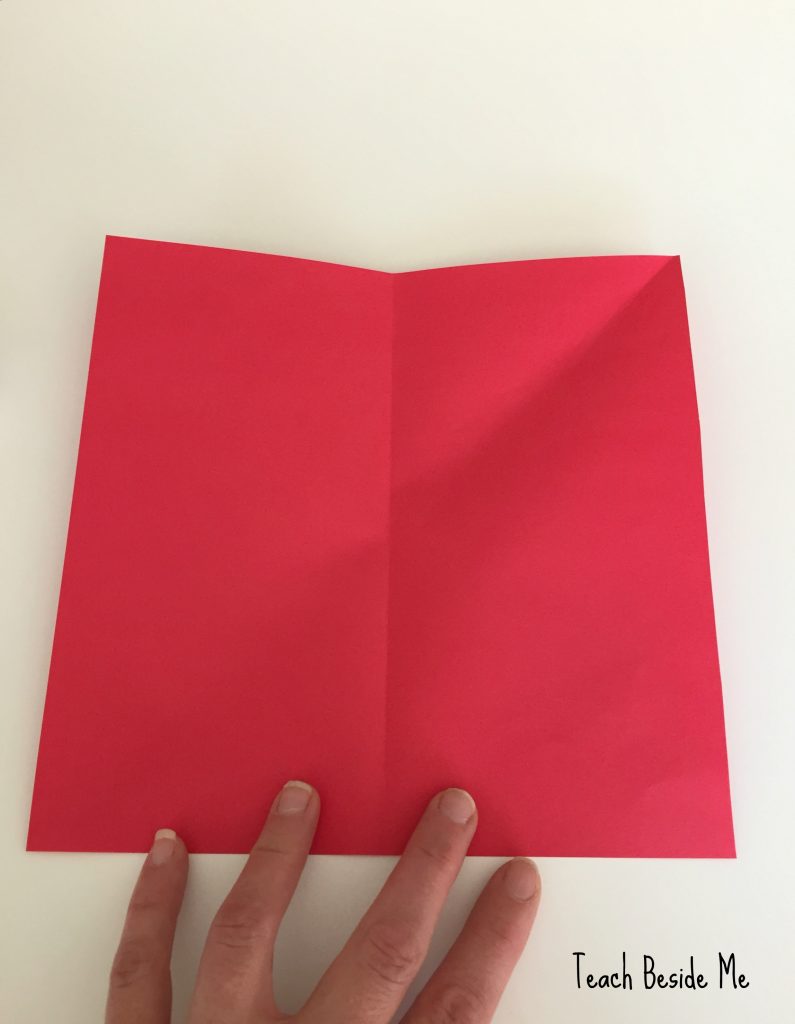 Next, fold the paper in half and with the open side of the fold facing up, measure down 1 5/8 of an inch and put a mark there. 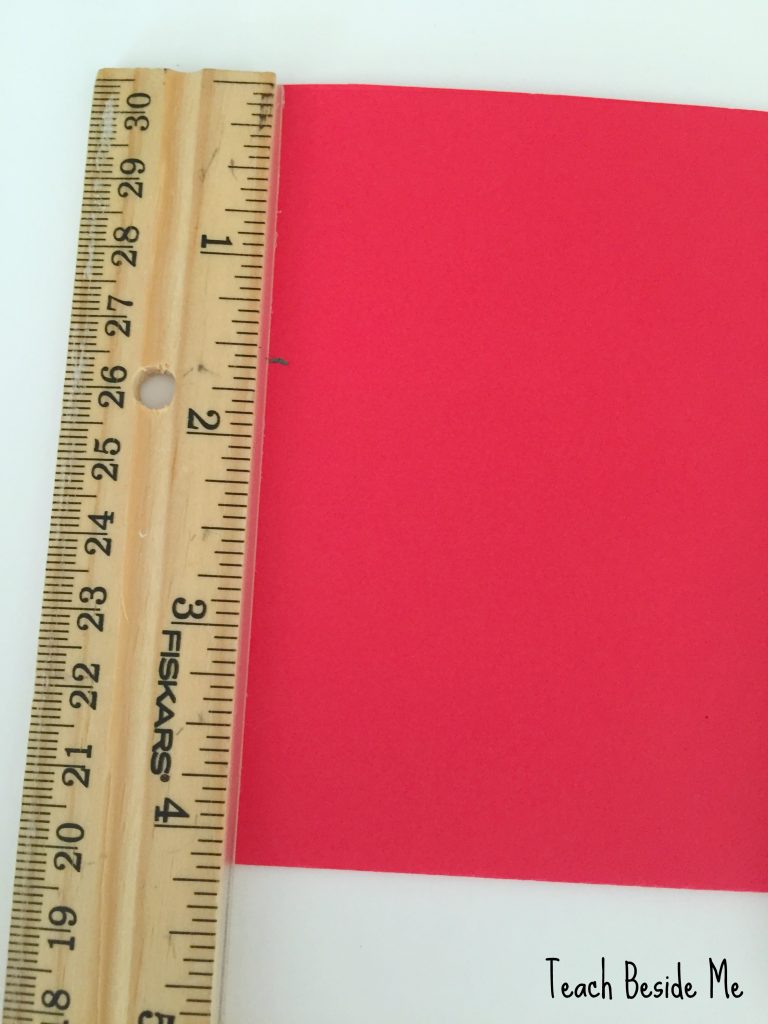 Fold the opposite corner to the mark. 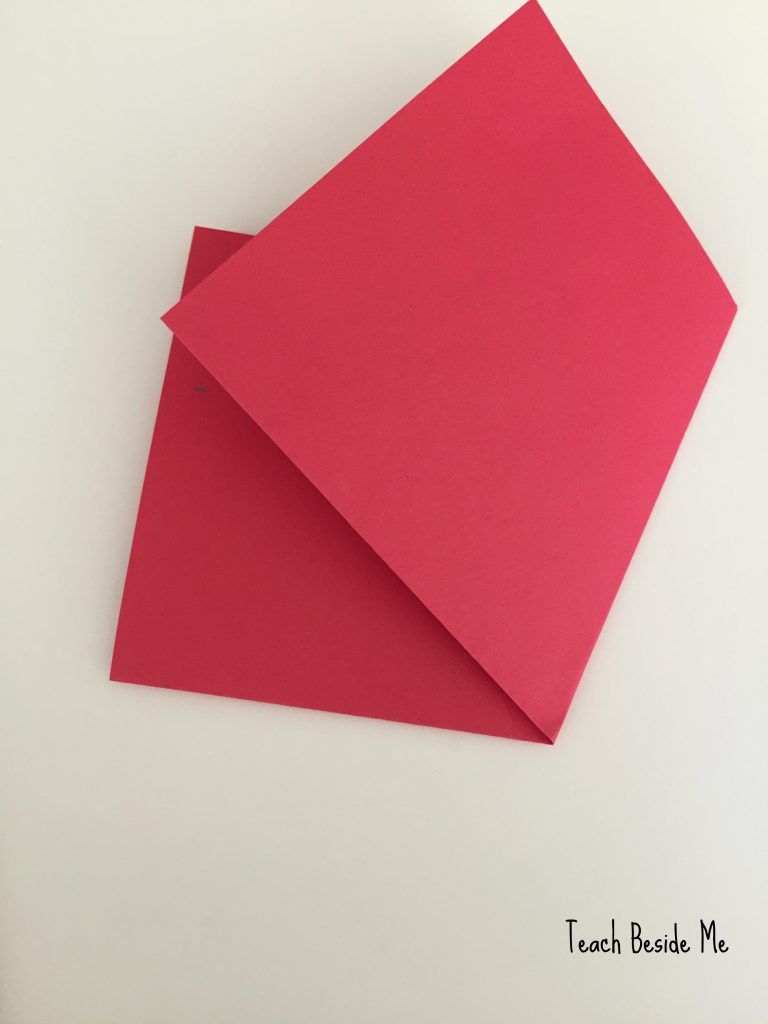 Fold the triangle up over the rest of the paper. 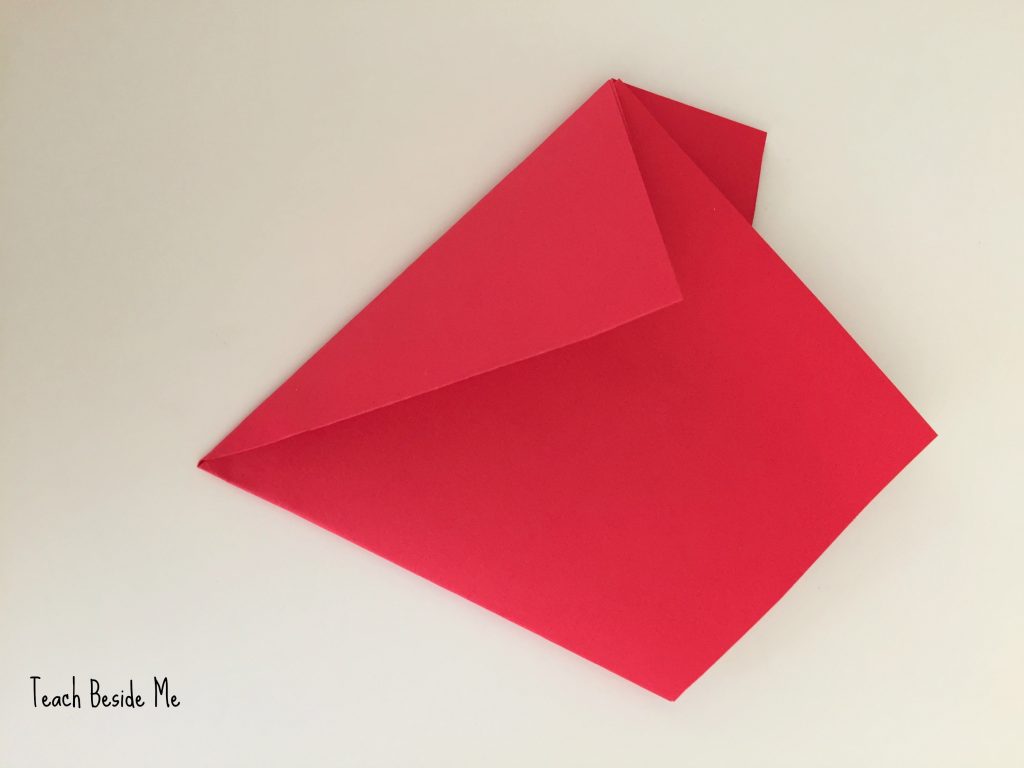 Fold in half, lining up the two edges. 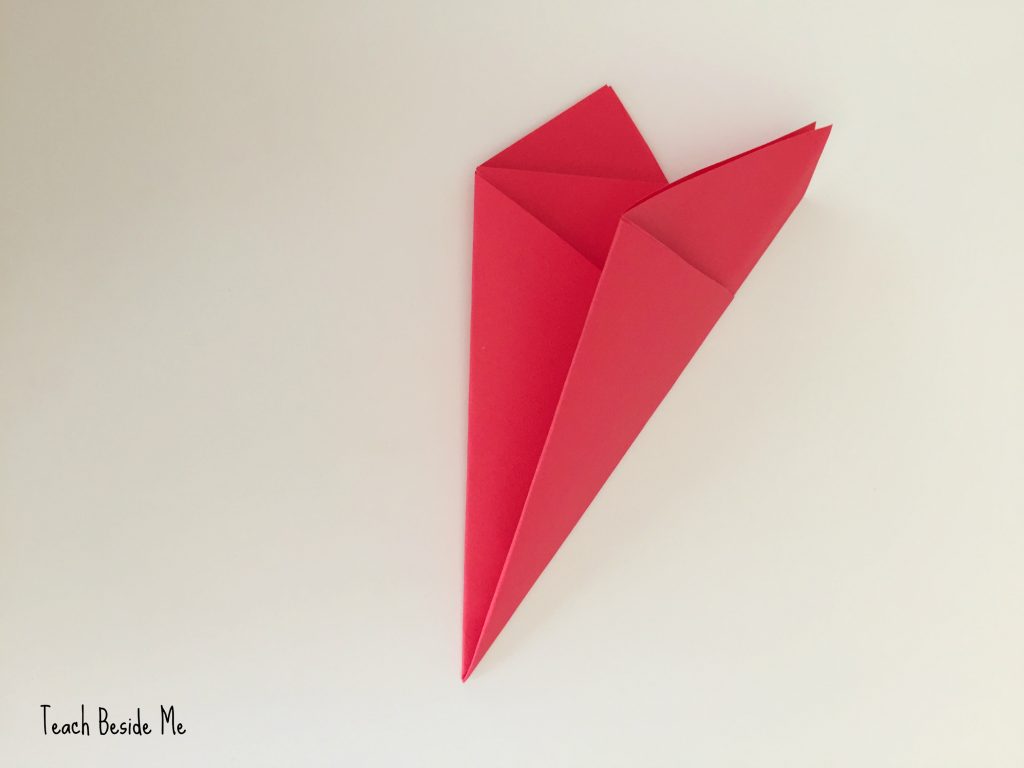 Flip it over and measure up 3 1/2 inches.  Then draw a line from that point across to the point on the other side at an angle. 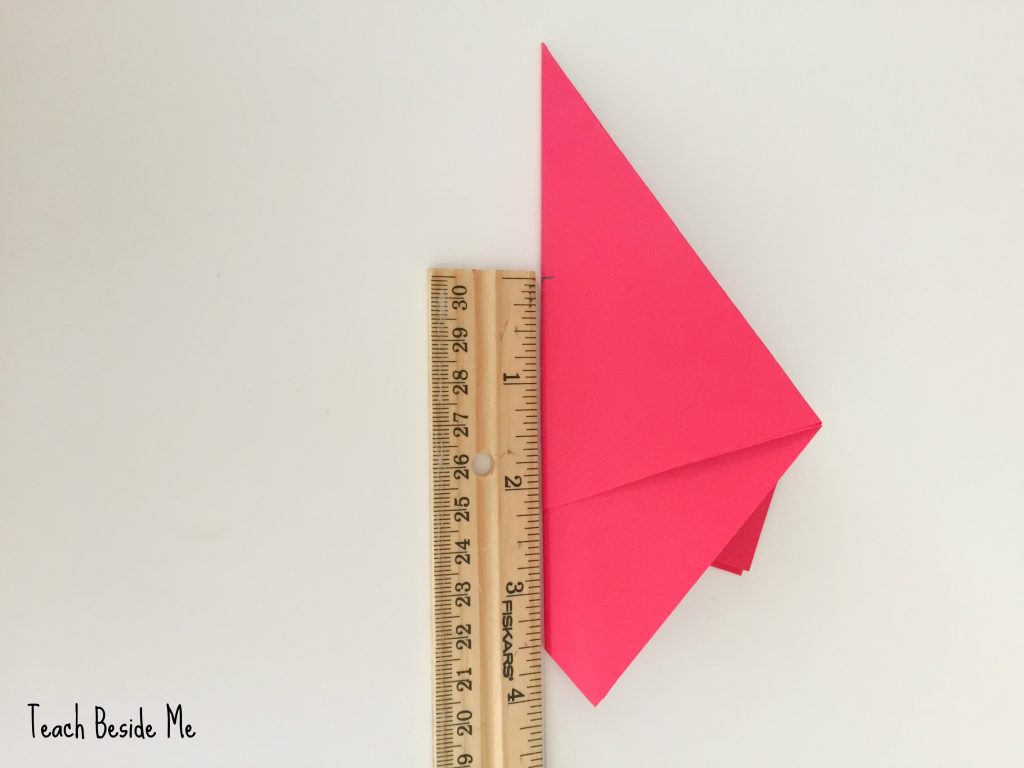 Draw a line from that point across the angle to the point on the other side. 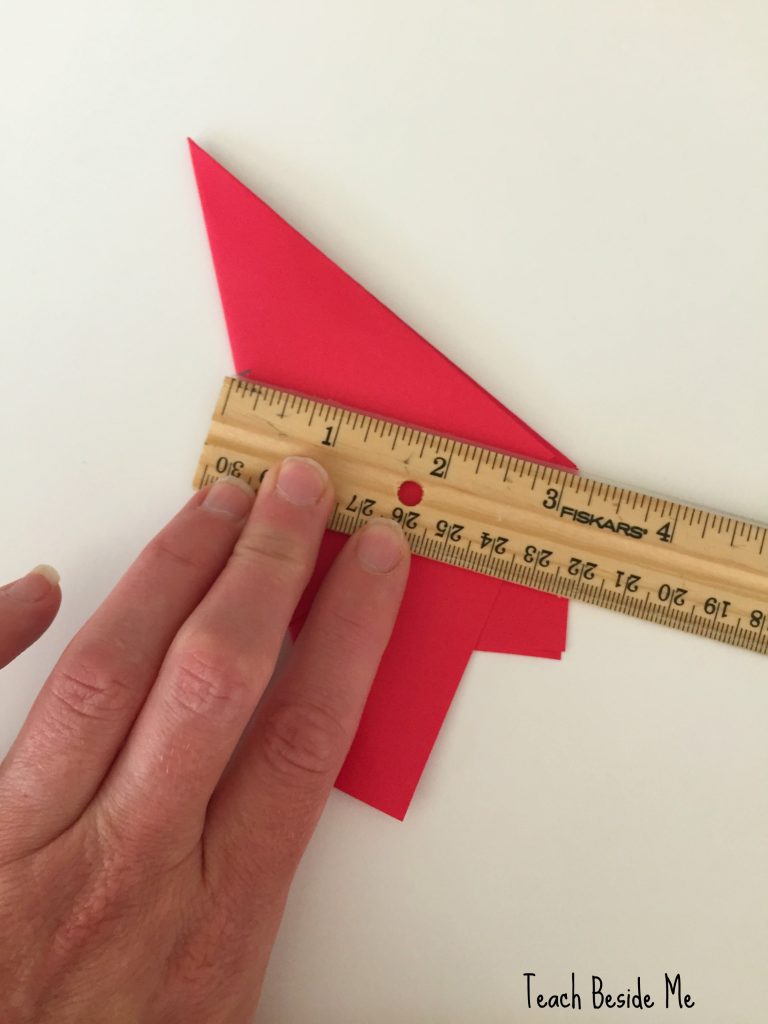 Cut across that line through all the layers. 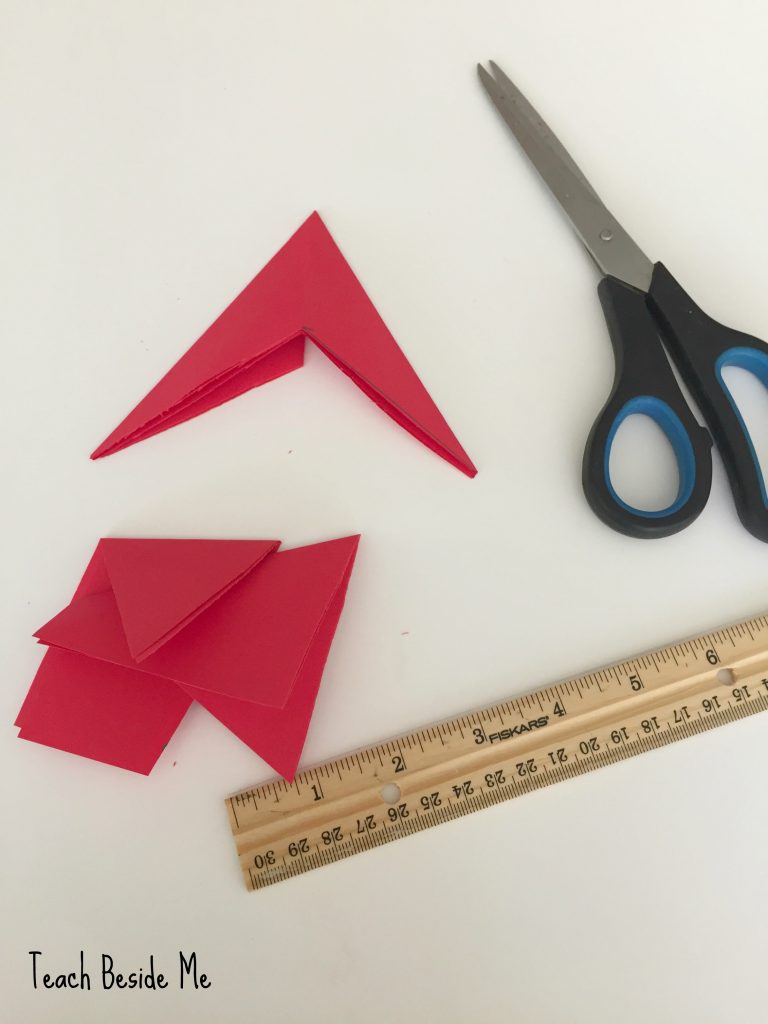 Unfold your paper and see your perfect five pointed stars! 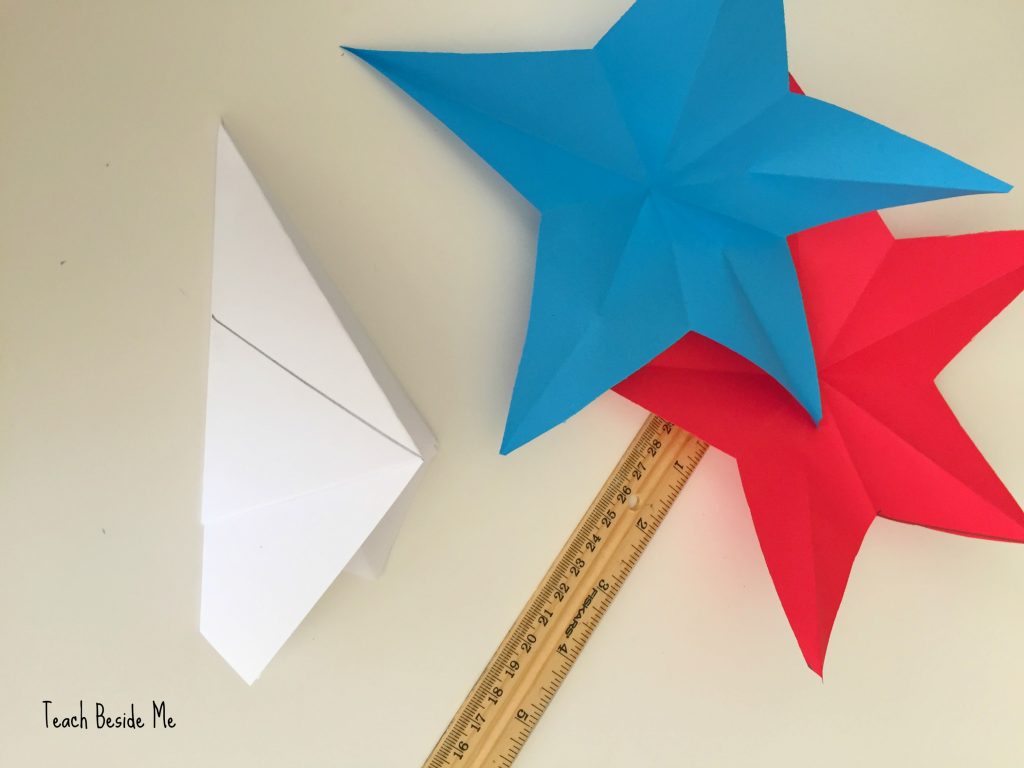 The kids really enjoyed this.  For the older kids at the camp (it was for grades 1-6) they had some templates to make patriotic snowflakes.  They were shaped like the statue of liberty, the liberty bell, and stars. 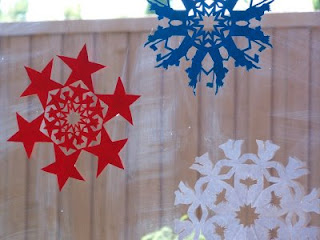 The templates came from a book called Snowflakes for All Seasons.  There are some pretty amazing templates.  I would love to get my hands on this book.  We could have so much fun! 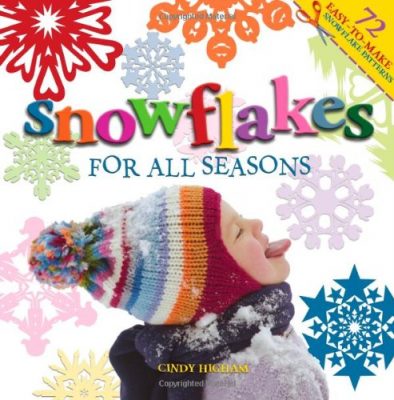