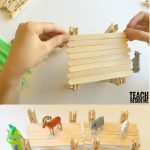 I LOVE doing hands-on projects to go along with our favorite stories. This past week, we did a fun  The Three Billy Goats Gruff Storybook STEM activity. We have the version of the book by the author Stephen Carpenter. My kids had to build a popsicle stick bridge to get the goats across.

For this little challenge I gave my kids some supplies: Clothespins, Popsicle Sticks, & Pipe Cleaners. You could choose other supplies and get the same result, though!  We also have a little set of farm animal goat toys that we used. They had to figure out how to build a bridge that would support all three goats at once. 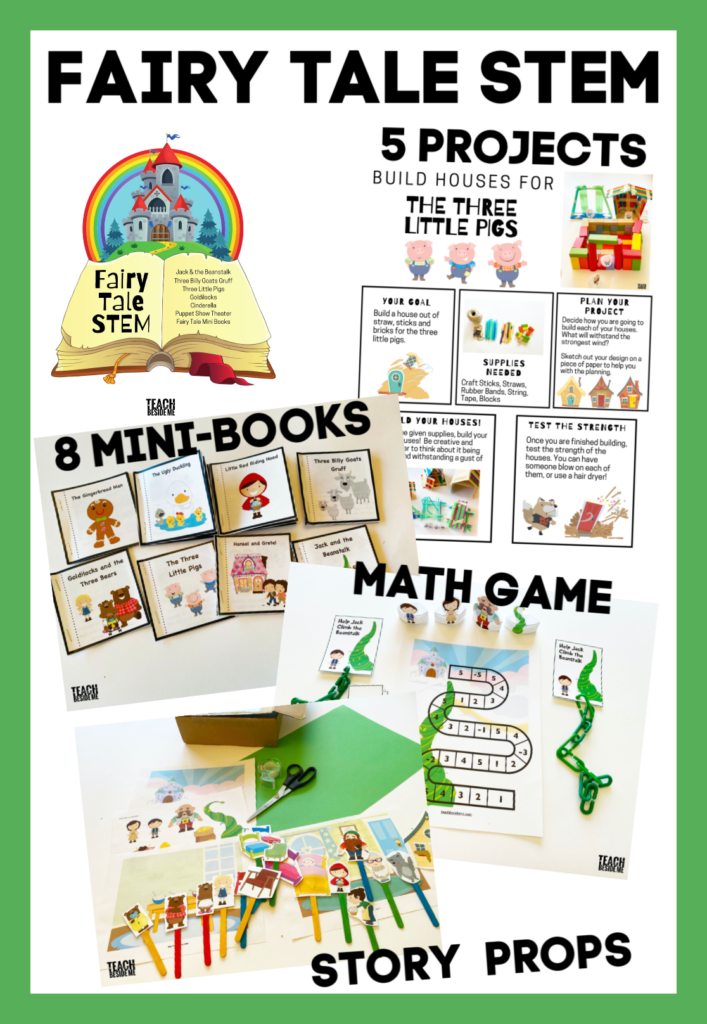 Check out my Fairy Tale STEM bundle for some printable Goat story-telling props! 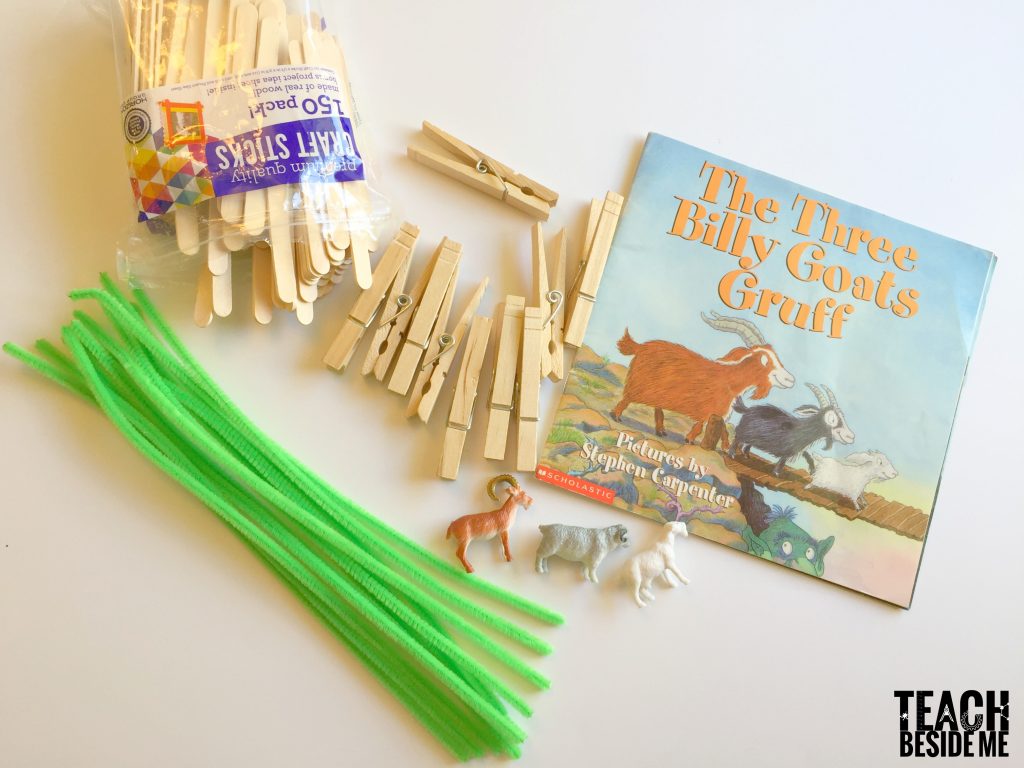 At first my kids were really stumped. It was a bit of a challenge for them. But, after some experimenting, trial and error, they were able to work together to come up with an idea that worked. It even held up all of their goats! 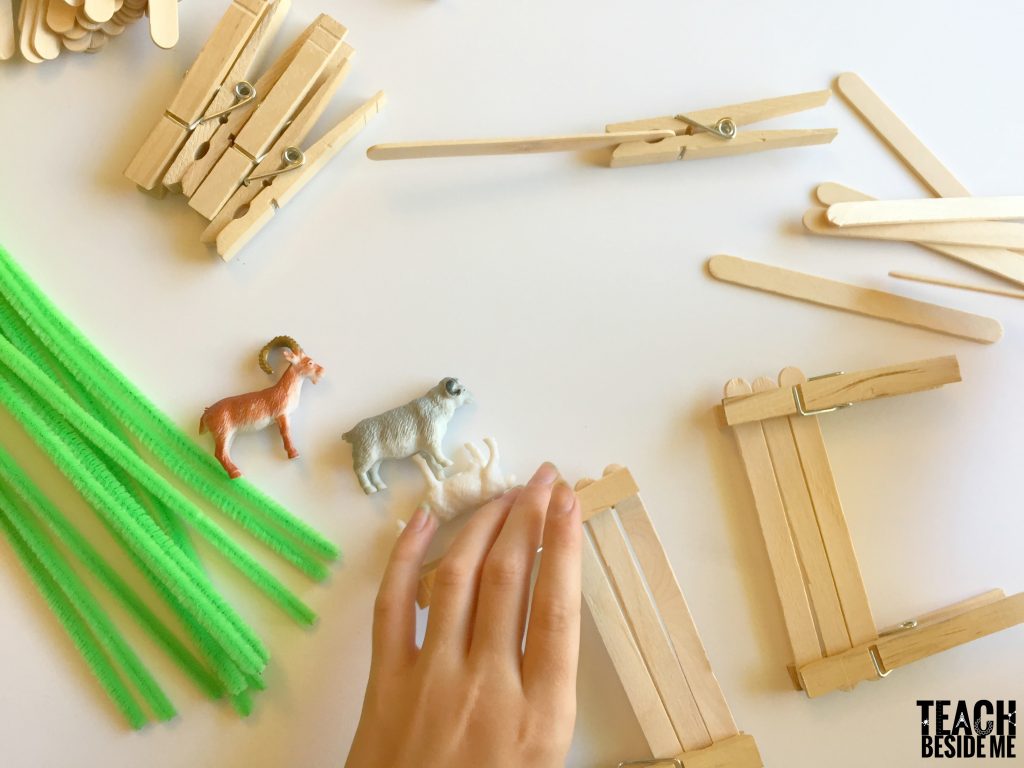 They really enjoyed this activity. It was a good one to get their minds thinking and it also made the Three Billy Goats Gruff story come to life a bit for my younger two. It is a good team activity and one that would work well for early elementary aged kids. 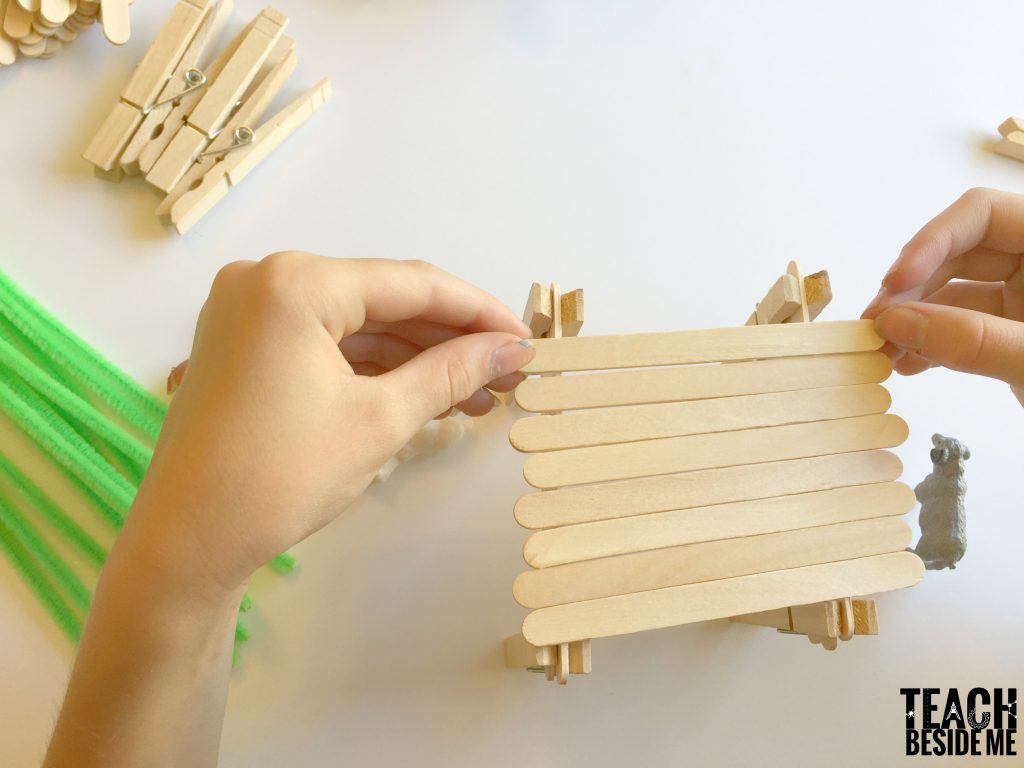 After building their bridges, they wanted to play with it for a while, too! They had to add in their own troll to make the story complete.

See another way to build a strong popsicle stick bridge with glue. 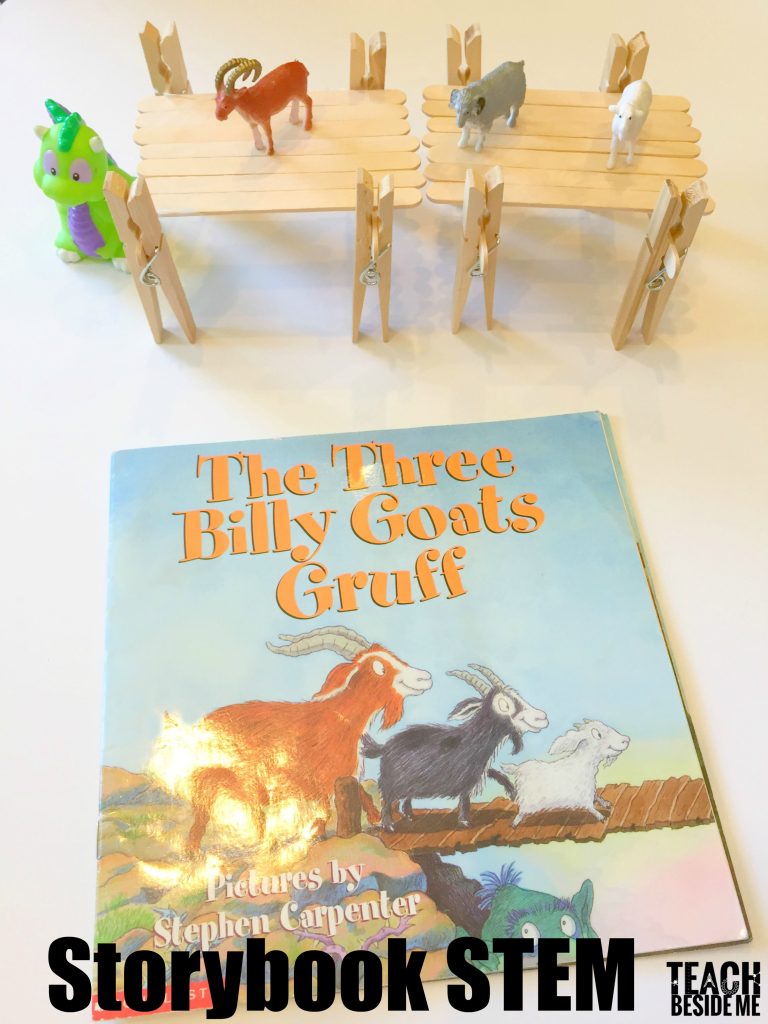 Want some more Storybook STEM?  Check these out:

Levitating Magnets with Ten Apples Up on Top

If I Built a Car

The Magic Ear Trick with the Ear Book