It’s time for another guest post from one of YOU!  Today’s post come to us from Inger. She is sharing her story today on why she chose to homeschool her children. I am grateful for her willingness to share with us!  See HERE to read past posts or learn how to contribute to the series.

Why homeschool?  Why not?  Homeschooling is a viable option alongside public school and private school. But, in all honesty, it took me a long time to come to this conclusion for my family.
When my husband and I were first married, I remember telling him very distinctly how I was definitely not going to homeschool my kids.  I had a path in mind for their future education and this idea of homeschool, which our friends had mentioned in conversation, didn’t fit in with those plans. 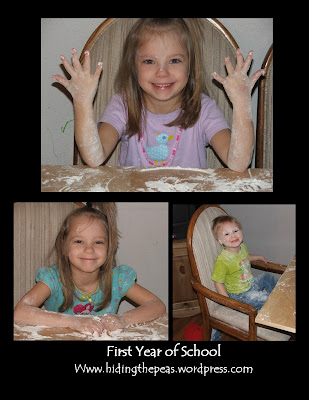 Now, I never had a negative viewpoint of those who were homeschooled.  After college and in my chosen career, I had a chance to get to know a few children and teens who were being homeschooled.  I didn’t quite understand how the whole process worked yet, I knew they were properly educated both academically and socially.  I just did not think the homeschooling movement was for me.  And since, I was going to have to be the main educator of my children in this homeschooling paradigm, I put my foot down and said, “Thanks but no thanks.”
Fast forward many years later, I had two twin girls who are about to enter preschool and a newborn baby.  One of my daughters came down with a chronic health condition leaving me in a quandary.  She was struggling in preschool… REALLY struggling and she was not getting better.  Do I keep her in school and abide with the situation until the end of the school year or do I pull her out?
After much prayer and thoughtful determination, we decided to pull both of my 3 year old twin girls out of our church preschool at the December break.  It was one of the toughest decisions we had to make at the time but I felt no regret after we had made the decision.  My daughter was able to thrive in our home environment and get the rest she needed throughout the day.  Her stress was decreased and some of her symptoms abated.
A year later we moved to another state.  I was again excited about the prospect of school.  They were both enrolled in our local school’s pre-k class and were only going to be able to attend the rest of the semester due to us moving to this town in middle of the school year.  They had been out of preschool for a full year at this point.
The class was great, the teacher was wonderful and my children both thrived in this smaller school environment.  Then, the school board made the decision to go from part time to full time Kindergarten the next fall.  That was when our next big decision occurred.
My daughter was still on medication for her illness which had decreased greatly but was also still very much present.  The medication made her tired and the 2 hour, 3 times a week classes for pre-k were about all she could handle.  To go from part time to full time was going to be just too much for her.
Currently, my daughter is well again and has been healed from her illness for more than six years.  But during that time, it was her illness which spurred us on to homeschooling.  Nothing else would have lit my fire to tackle this arduous task!
We chose to homeschool for my daughter’s sake.  But, once we found the freedom with learning at their speed as well as growing stronger as a family, we have not looked back.  Each year we re-evaluate our homeschool decision and each year we re-affirm that it was the best decision for our family.
I don’t know what the future may hold.  But, I do know a few things for certain.  We have been homeschooling for 7 full years and my children enjoy what we are doing.  Life has become a learning adventure and school does not stop at 3 p.m.  This does not mean we are doing homework for hours after school but we have concluded that everything in life has become a part of the learning process.  Our book work may stop for the day but, in real life, learning never ends.  And adventure has become our family’s middle name…
So, why do we homeschool?  Why not?  We took a tentative step out of our comfort zone and were surprised with how well it fit with our family lifestyle.  And while it may not look like the “original vision” I had when we got married, it has become a better vision and plan for my family than I could have ever imagined!
Is it right for you?  Only you and your family can make that choice.  But, even though it can be challenging, it is one decision I am glad I was pressed into making. 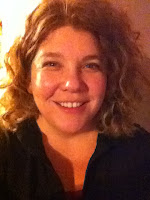 Inger grew up in a city by the beach in California, but loves living in her small Norman Rockwell kind of town on the prairie in Montana. She is a published author, a homeschool mom of four adorable children who just happens to own a 50′s style café with her mother-in-law. Inger currently writes Ditch the Desk, a hands-on monthly themed curriculum for K-5th grade, at SchoolHouse Teachers . She also writes consistently for Molly Green Magazine and on her personal blog Hiding The Peas. You can find her at her cafe.

I Am a Woman
Why Homeschool? Guest Post Series- Tiffany
« Phonics and Reading With McGuffey App Review
I Am a Woman »