Try exploring spices from around the world with this cool sensory activity for kids! It’s perfect for a lesson on the sense of smell! 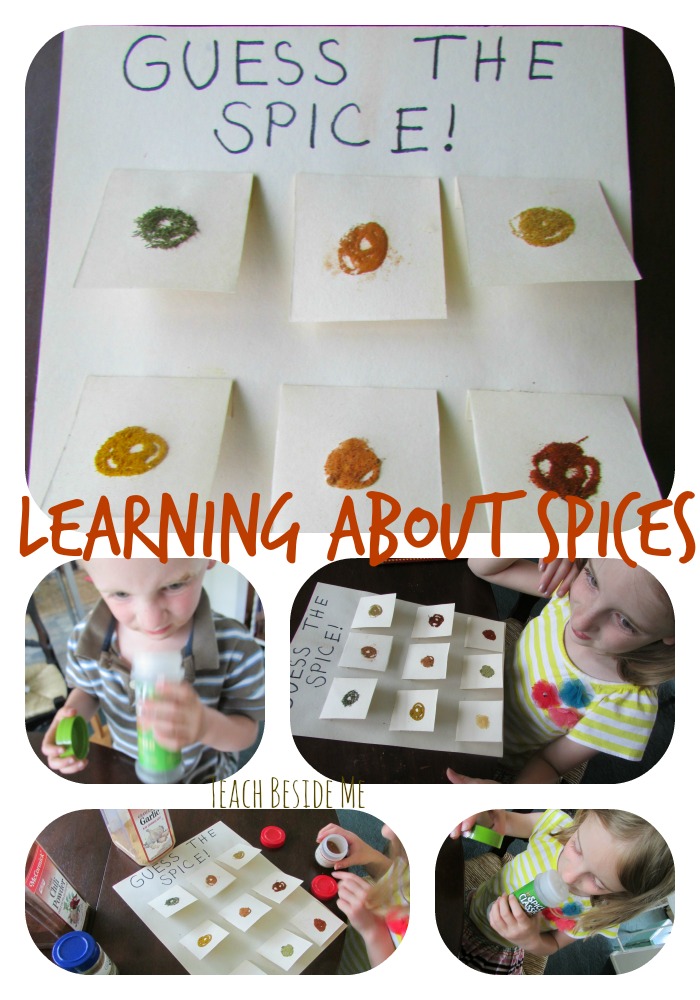 We have been exploring all different spices in our house!  My kids love to help me in the kitchen. Lots of times while I am cooking they want to smell the spices or taste things they are not familiar with. I thought it would be really fun to teach them about some of the different spices that we use.

I also wanted to teach them about some of the spices around the world, where they come from and where they are commonly used. I made a little guess the spice activity for them.  I left out all of the spices I used and let them sniff the bottle, then find the match on the page. It is a great activity for learning about your sense of smell!

How to Do the Exploring Spices Activity:

To make the Guess the Spice Chart, I just used two sheets of construction paper. One of the papers I cut up into smaller squares and glued them on as flaps. 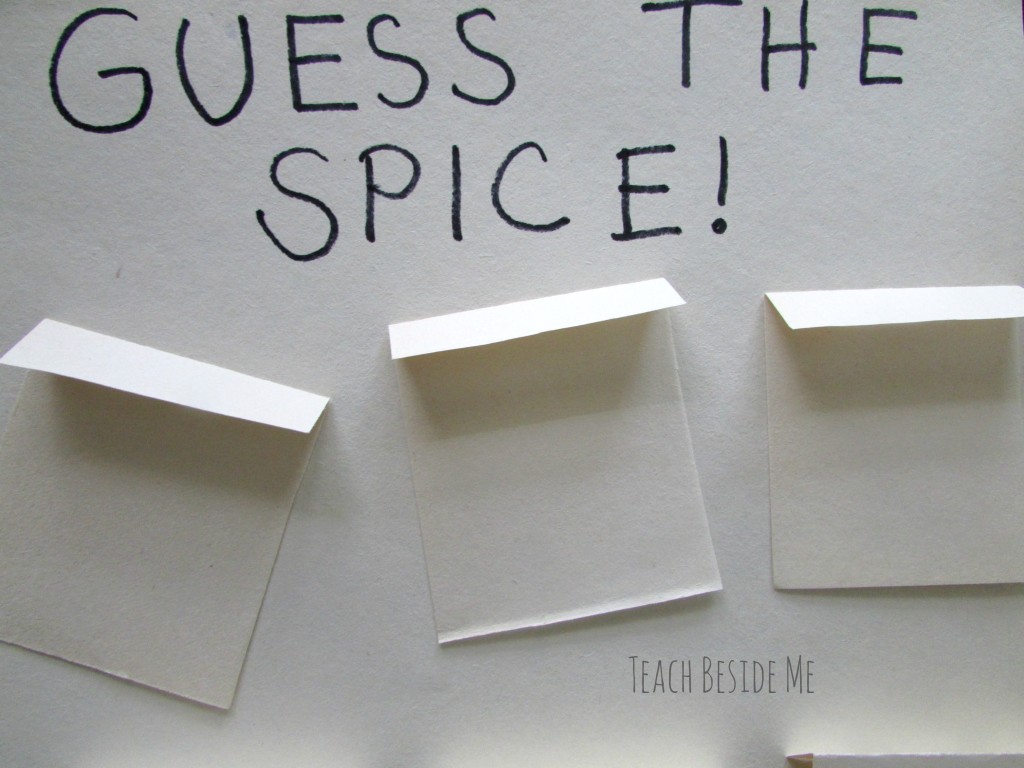 Once the flaps are all glued on, choose your spices. I did 9 spices because that is what fit. You could make the flaps smaller if you want to do more. On the top of each flap I glued a little of each spice. 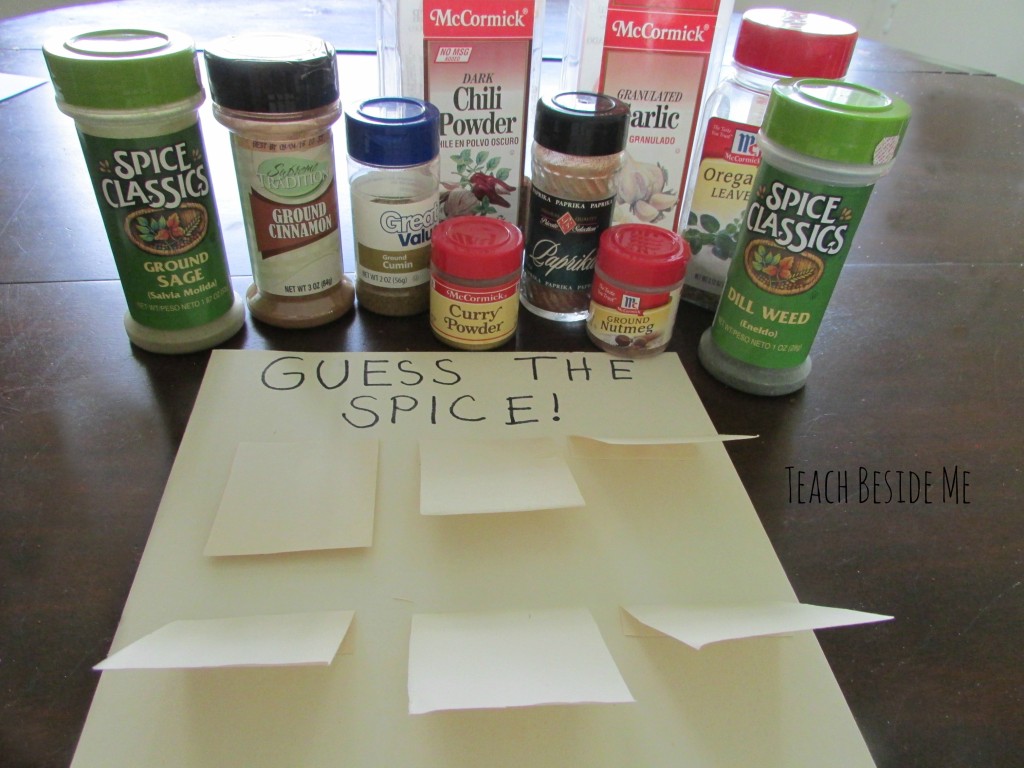 Under the flaps I wrote the answers.  I wrote them way up at the top so the kids couldn’t see them easily. 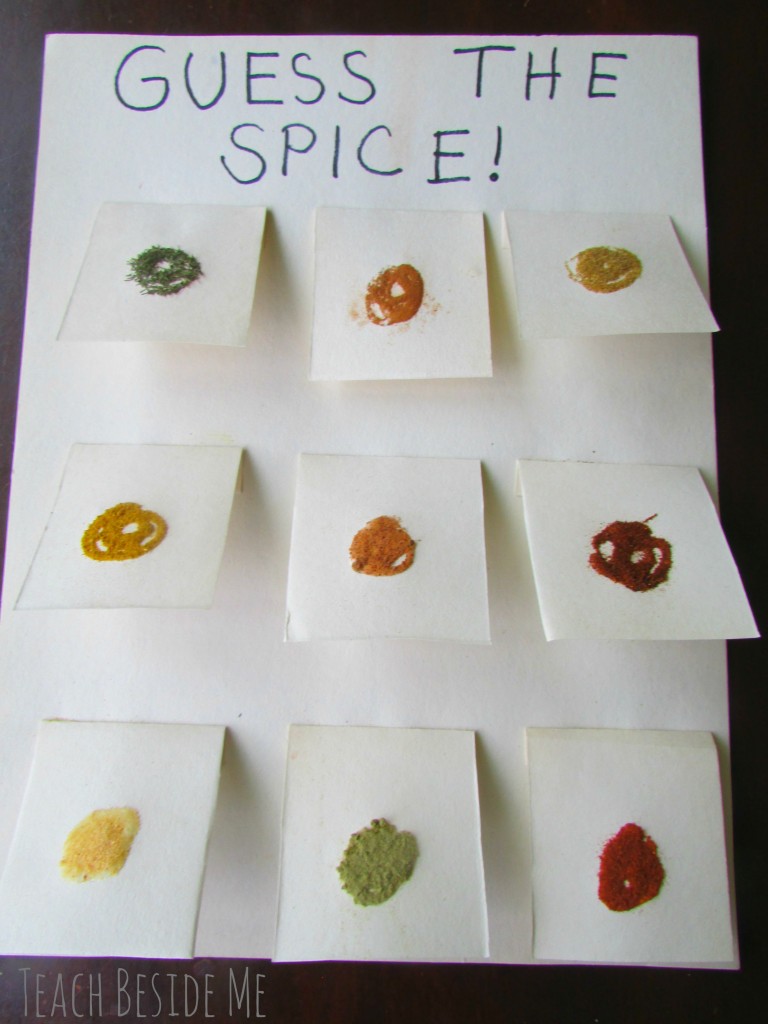 I gave the sheet to the kids along with all of the spices I used and let them figure out which bottle matched each flap. 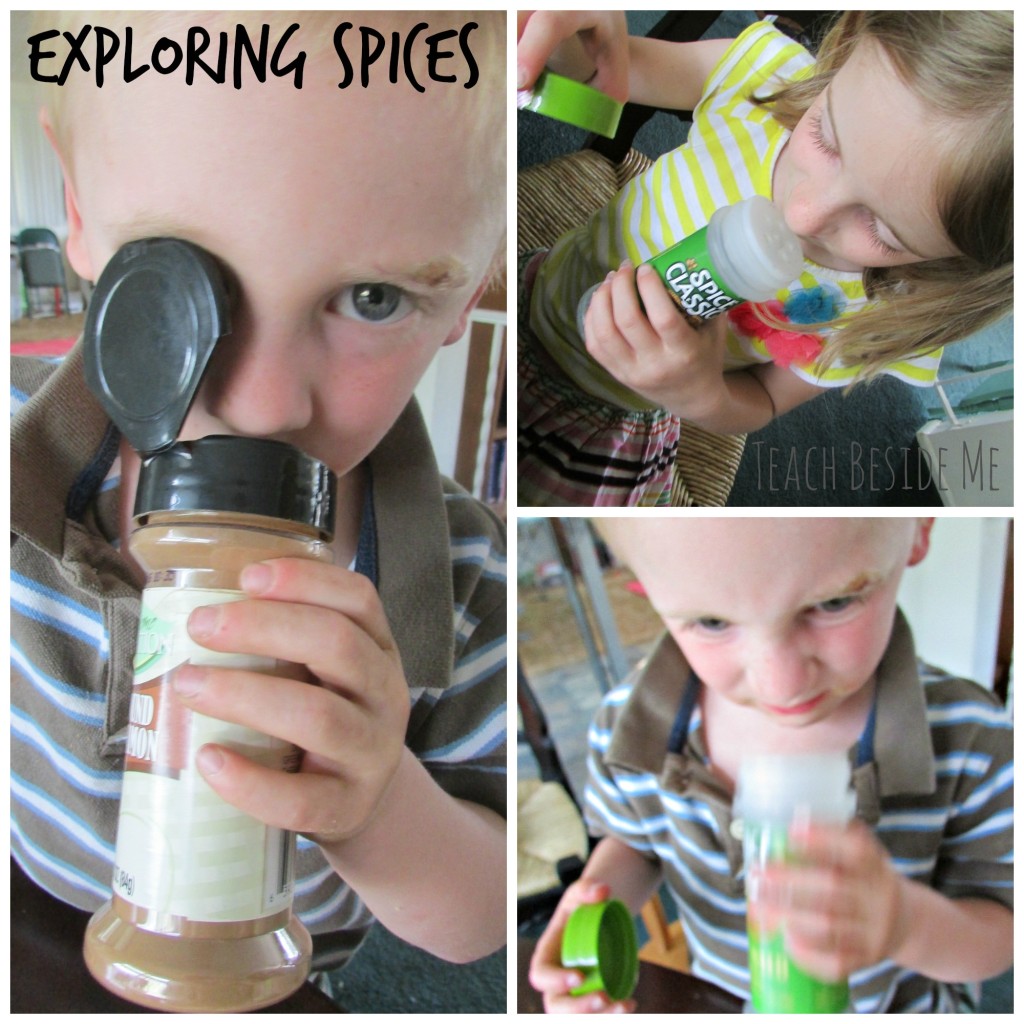 I loved some of the expressions my little guy made as he smelled the strong spices!! 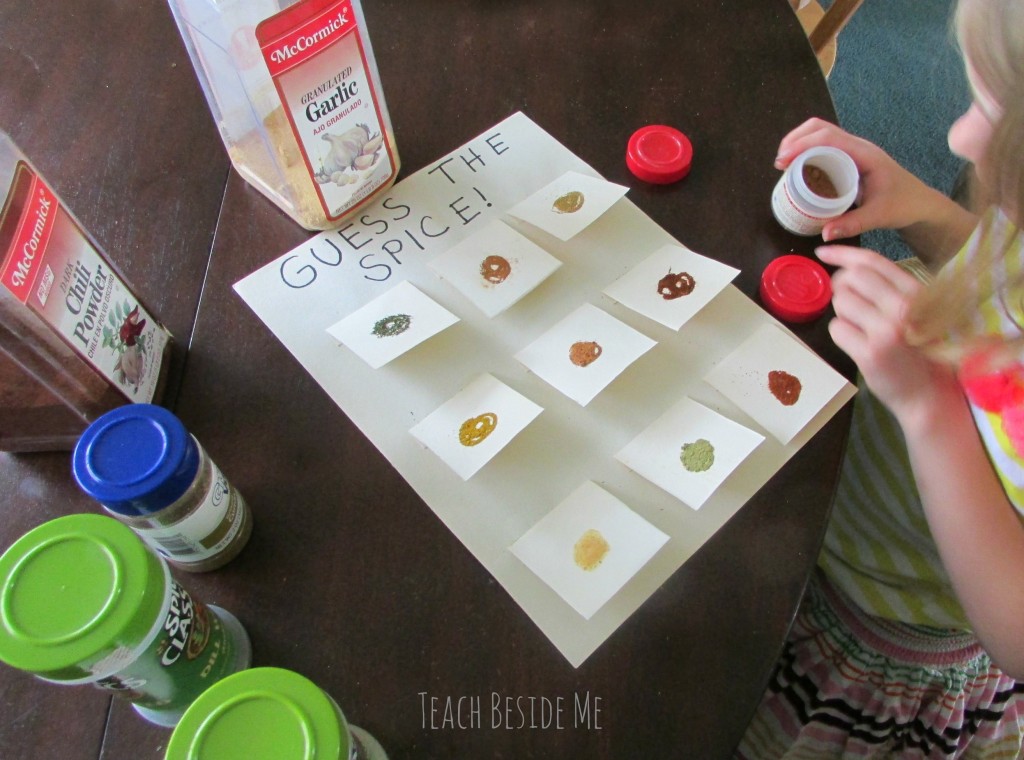 After we smelled them all, I asked them which smells they recognized and if they knew what foods any of them are in. We also discussed where they originated from as well.

Spices From Around the World

Here are the origins of some of the famous spices used around the world.

Spices with ancient Chinese or Asian origins: nutmeg and cloves, cassia (which is similar to cinnamon)

I found a couple of fun resources to learn more about where spices are from and what foods they are used in. Spice Advice Encyclopedia lets you look them up and learn all about specific ones.   The McCormick Science Institute has some really neat ancient history about spices around the world. Taste Atlas has a neat interactive Spice Map.

Try some more activities to learn about your senses!

How to Make Edible Slime