This month Brigham Young’s birthday. Who is Brigham Young you may wonder?  Brigham Young was a prophet in the Church of Jesus Christ of Latter-Day Saints (more commonly known as the Mormons) from 1847-1877.  I thought it would be fun to do a spotlight on him since I am a member of this church and since I attended the University he helped to found (BYU). I also live in Utah where is his name is very well known. Today I want to share a little about him and the influence he had on Utah’s state history. 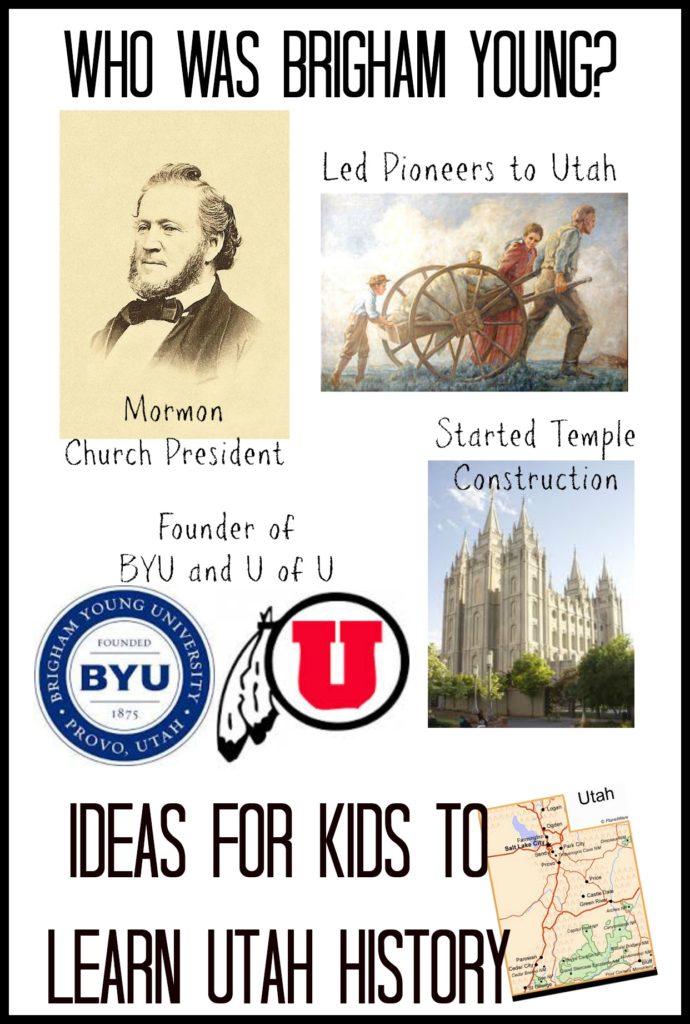 A little history about Brigham Young. . .  He was the second president of the Mormon church, after Joseph Smith. He led the Mormon pioneers out to settle in Utah after their intense persecutions in all of the other states they tried to settle in. He became the first governor of the Utah territory and also helped establish territories in Arizona, Idaho, Nevada, Southern Colorado, and Northern Mexico.  He directed the building of roads, bridges, irrigation and a militia. HE also helped to calm the Native Americans in the area so they could live together peacefully. He helped start the first University in the area, originally called the University of Deseret, but now the University of Utah. Later he also started the Brigham Young Academy, which later became Brigham Young University. He even started a mail service in Utah. He is a very prominent figure in Utah’s history.  As far as the church goes, Brigham Young was the longest serving president. He served for 29 years, until his death. He oversaw construction of several Utah temples. He also helped to organized the organizations for women and the youth of the church.

By his accomplishments you can see that he was a huge advocate for education. Some of Brigham Young’s words inspire me in my homeschool choice because when establishing the Brigham Young Academy he said: 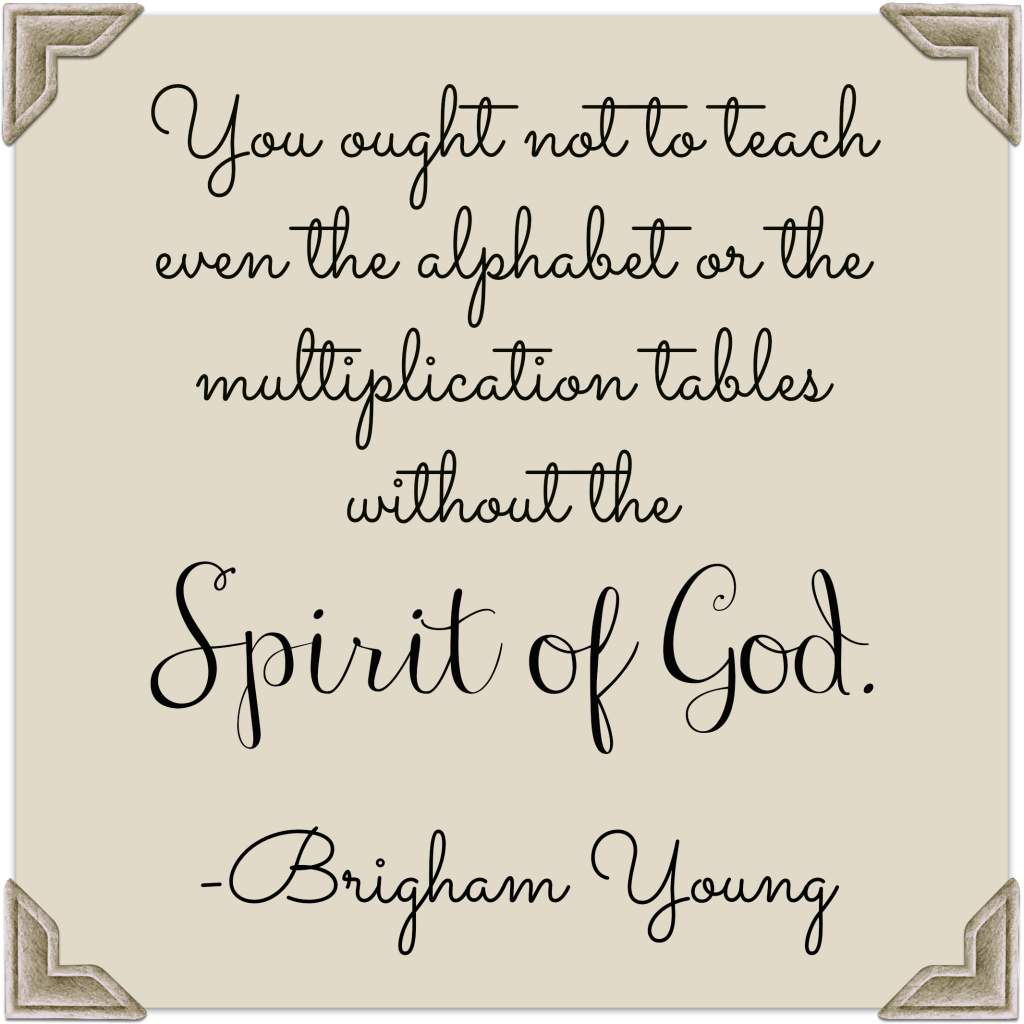 I love those words and try in our home to incorporate the Spirit of God in all of our learning!

When Brigham Young entered the Salt Lake Valley he knew this was the place for the Mormon Pioneers to settle. There is a famous story that when he came and looked over it all he said: This is the Place! Because of that there is actually a monument and a park in Salt Lake called This is the Place. It is an interactive historical village set up to resemble pioneer life for families to visit. There are people dressed in period costumes and activities to do to learn about the pioneers. It is a fun and educational place that I love to take my kids to!

There are not any children’s books about Brigham Young, that I have found, but there are several great books about Utah history that are good for teaching kids.

A is for Arches: A Utah Alphabet by Becky Hall

This is the Place!: A Crossroads of Utah’s Past by Pat Bagley

The Utah Story by Seth Sorensen

For more fun info about Utah, check out my post on Top Destinations and Field Trips in Utah and also my post on the book A is for Arches– I created a free matching game to go along with it.

Check out the iHN page for more famous birthday lessons and ideas!