Did you know that April is National Poetry Month?!  We are joining Preschool Powol Packets (and some other great bloggers) in a poetry celebration and contest this month. I can’t with to show you how we learned about haiku poems!!

We decided to learn a little about poetry by studying Haiku poems.  Do you remember learning about Haiku poems as a kid? They are great to do with kids because of their simplicity. They are short and you don’t have to think of rhyming words. We did a little twist on it by doing illustrated haiku poems! 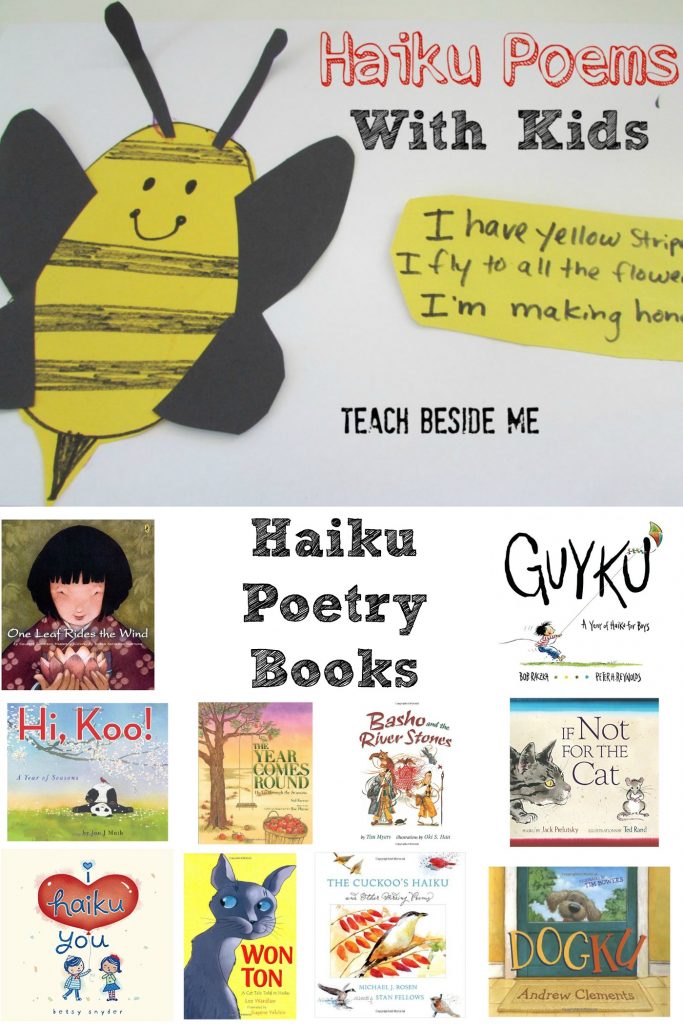 What are Haiku Poems?

A haiku poem is a traditional Japanese three-line poem that doesn’t rhyme. The pattern is to write the first and last lines with five syllables each, and the middle line with seven syllables like this:

They are usually about seasons or nature, but you can write your own haiku about anything you like! The last line of a haiku usually makes an observation about the subject of the poem.

How to Write Haiku Poems With Kids:

Start your poem by choosing a topic. Let your kids choose something they love for the topic of their poem. Or maybe you can suggest they write about things you are learning in your science or nature study.  We have been learning about pollination in our house so I gave them an example of bees. 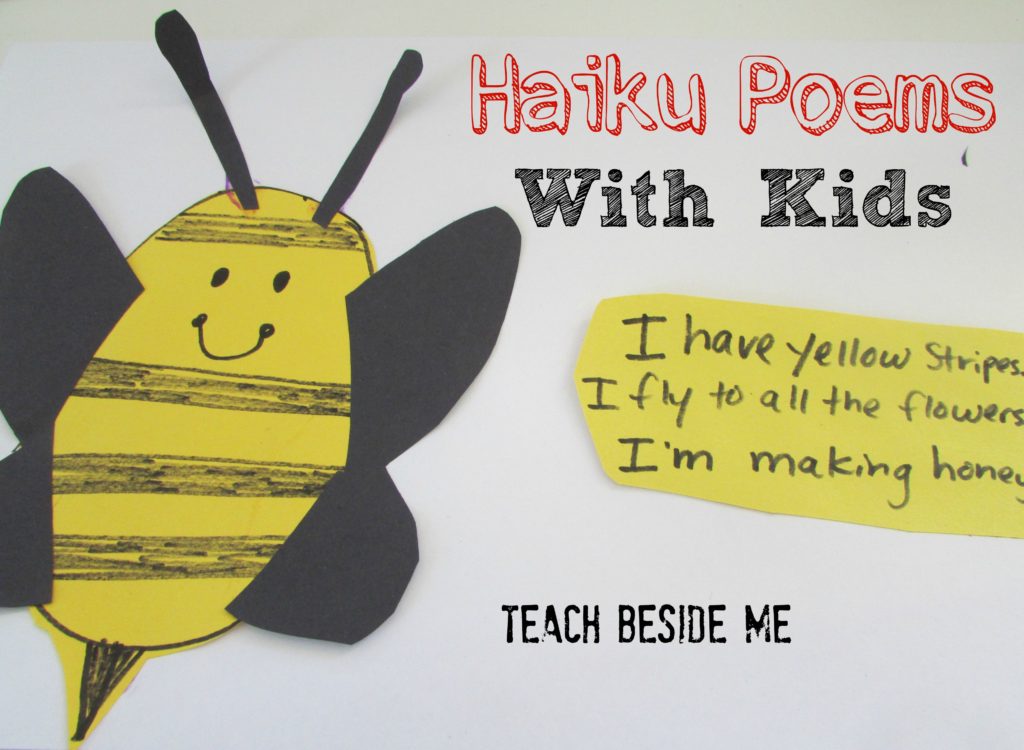 I have yellow stripes.
I fly to all the flowers.
I’m making honey.

Let them choose their own topics and express their ideas in a haiku. Make sure they count syllables so it is following the pattern. Try to make an observation in the last line.

If you notice in the poem I wrote above, I never said it was a bee, but you can tell by the way I described it. This is a fun way to write Haiku poems. Make them in a riddle format so others have to guess what you are writing about.  This isn’t necessary, but it can be a fun activity!

Next, have your kids illustrate the poems! My son used my poem to illustrate. My younger daughter did her own thing as usual.  😉   She had trouble with the whole syllable concept, but she loved writing a few lines about something she loves in nature and drawing about it! 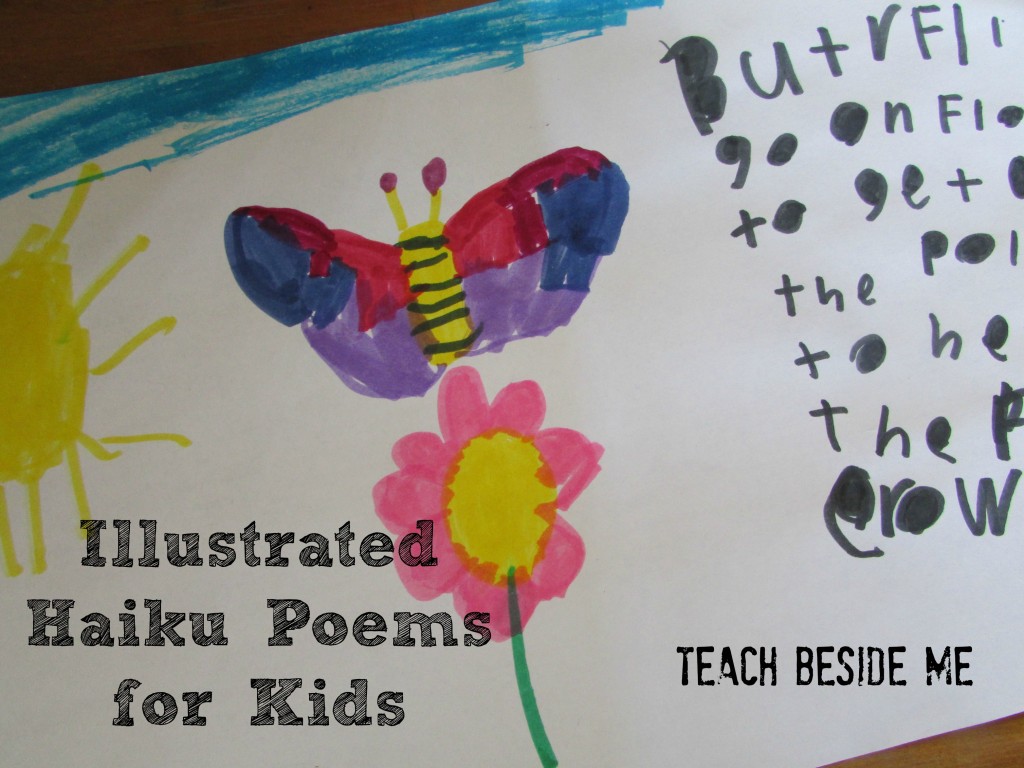 Even the little ones can join in on this fun project.

We have discovered some great books about Haiku Poems for kids, too! 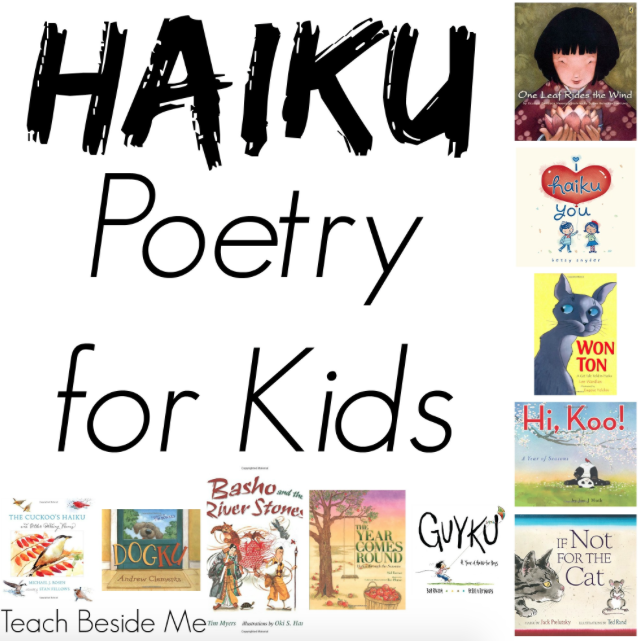 The Year Comes Round: Haiku Through the Seasons by Sid Farrar

Guyku: A Year of Haiku for Boys by Bob Raczka

Basho and the River Stones by Tim J. Myers

One Leaf Rides the Wind by Celeste Mannis

Hi, Koo! A Year of Seasons by Jon J. Muth

I Haiku You by Betsy E. Snyder

The Cuckoo’s Haiku and other Birding Poems by Michael J. Rossen

If Not for the Cat by Jack Preltuzky 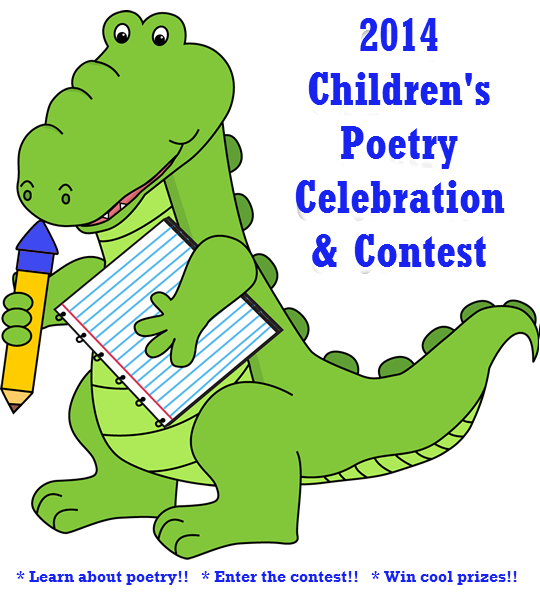 See what the rest of the hosts are sharing about poetry this month!