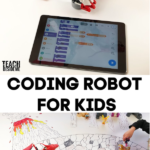 Thank you UBTECH’s JIMU Robot for sponsoring this post. JIMU Robot kits are a fun way to bring robotics into every kid’s day to day. The system relies on three steps: Building, Coding, and Playing. Robot kits from UBTECH offer a wide variety of challenging builds for the curious children in your lives. With JIMU Robot, kids 8+ can engage in STEM learning with their award-winning interactive robotic building block system!

When it comes to STEM education, one of our favorite things to do is learn coding with robots. There is an amazing robot we have been learning to maneuver this month called the JIMU Robot: FireBot Kit from UBTECH Robotics. The FireBot is a coding robot for kids ages 8+ that you can build, code and play with. What I love most about it, is that it combines both imagination and modern technology, some of my favorite things! 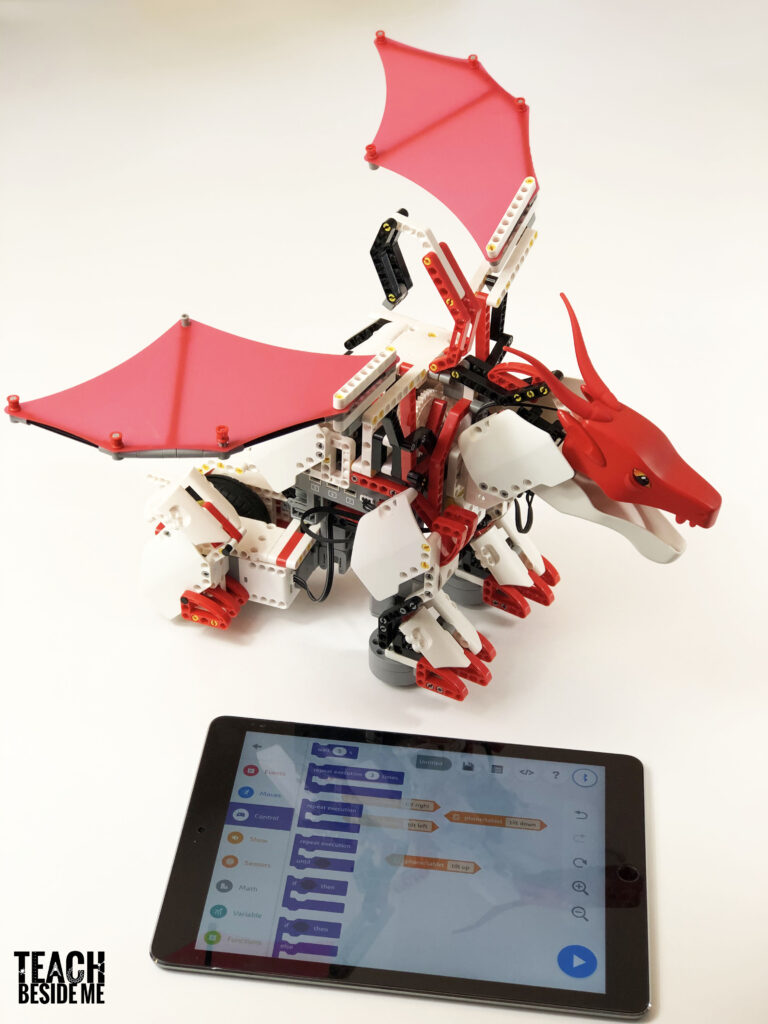 The JIMU Robot can help introduce fundamental STEM concepts in such a creative and fun way! My kids went a little bit crazy over a fire breathing dragon robot. My 8-year-old son actually said it was the best day ever when we received it and got to build it. My 12-year-old daughter was just as excited about building and coding it. We had to take turns so everyone could join in on the fun.

Getting Started with the JIMU FireBot Kit: 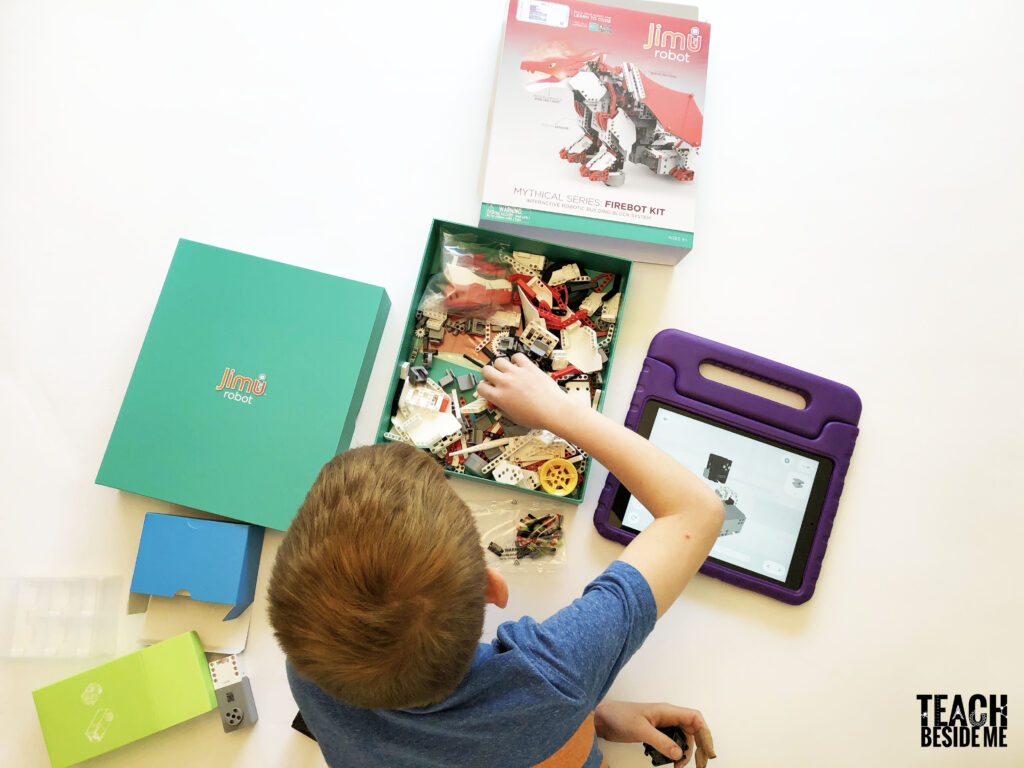 The FireBot comes in a kit that is disassembled, so first you get to build it. Some may say this is the best part! 🙂
There is a JIMU app that you download to help you through the process of building the robot (available on both iOS and Android). This app has all of the instructions. It’s pretty incredible because it has the parts and pieces in 3-D on the app and you can rotate them and zoom in and out 360° to really see what each part is that you need. It makes building so much fun, and so much easier to follow. 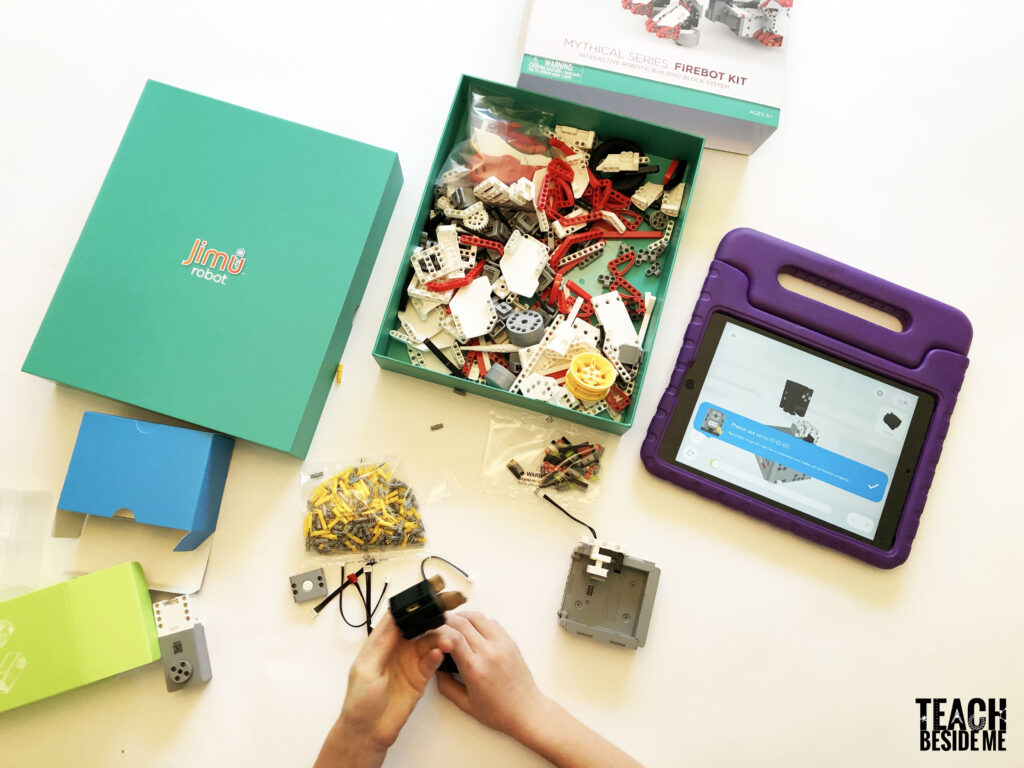 The JIMU FireBot kits come in different styles so you can appeal to all types of interests. We received a dragon from the Mythical Series, but there are also unicorns, and sports-themed competitive robots. Once you have built it one way, it would be awesome to let kids use their imaginations and try out building new creations. 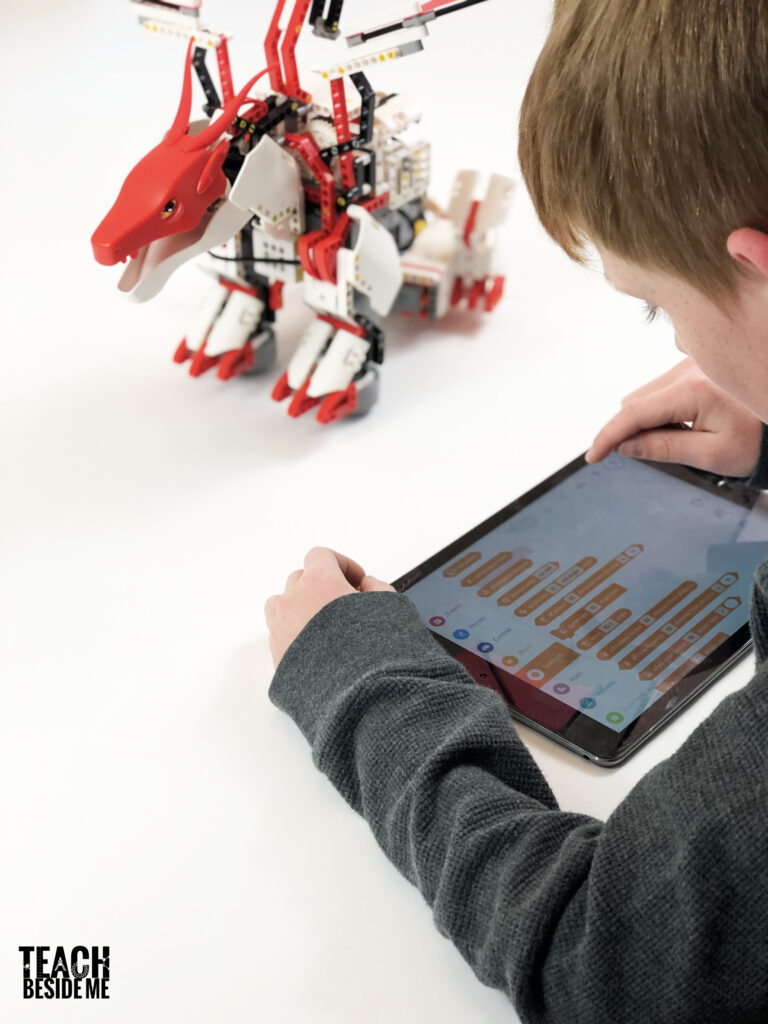 How to Use the FireBot Coding Robot

If you have kids interested in STEM education and coding robots, the FireBot Kit will definitely get them excited. We literally created a mythical, magical world to play with our robot. We rolled out a big roll of white paper and I let my kids create a world where a dragon would live! They had a blast dreaming it up and making it come to life. Then the trick for them was to figure out how to maneuver the robot through the path and to various places in their mythical world. We have already spent hours and hours playing, building and coding out FireBot. He has even been named- “Sparky”. 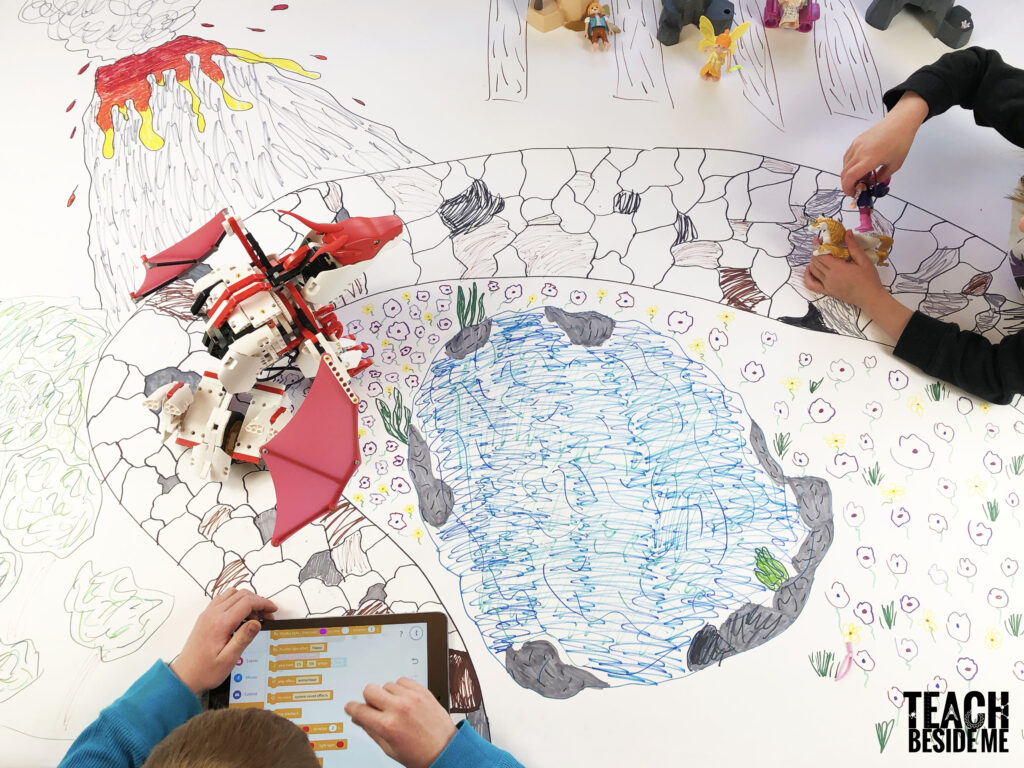 The FireBot coding robot does cool things such as light up its snout red or blue, open and close its mouth, and “fly” around flapping its wings. This ignites their imagination as well teaching them STEM concepts as they learn how to program the robot to do these things. 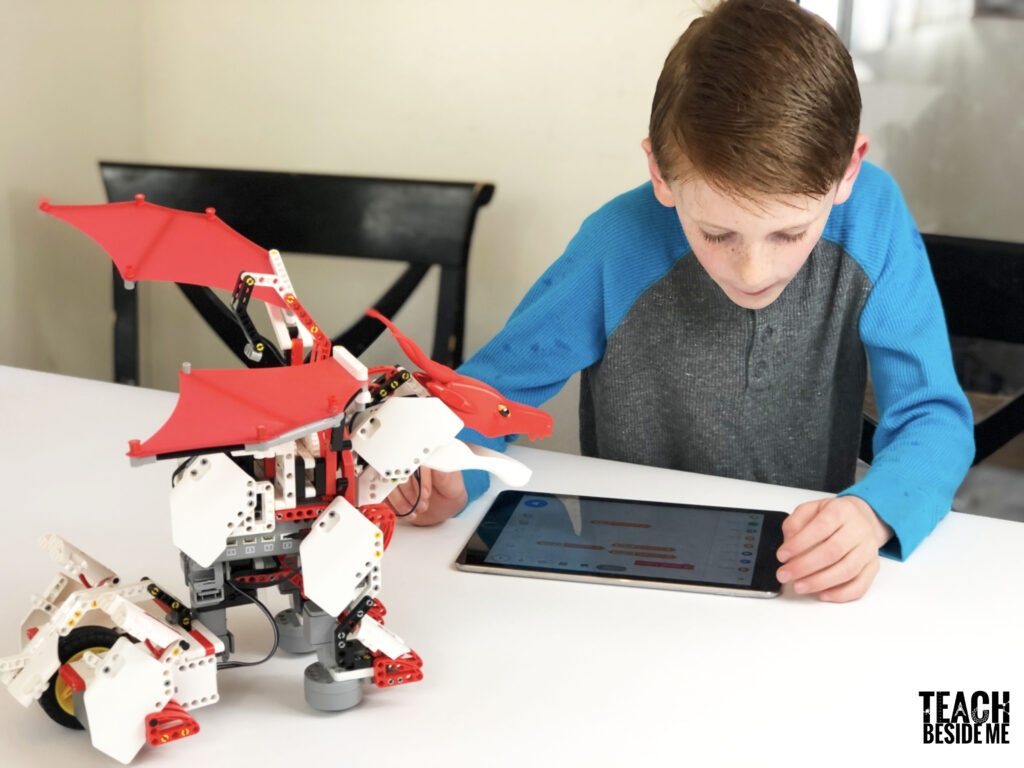 Within the app, you can play with your robot in a few different ways. There is a section where you can just control the robot and drive it around. There is a section with standard movements already set up such as fly, have fun, and more. Then there is the coding section. It uses coding blocks that you can drag and drop to make it do any kinds of actions and motions that you can think up.

Where to Find the JIMU Robot: FireBot Kit

The JIMU Robot is available in Target retail, or online at Amazon, Best Buy, Kohl’s Target, Walmart and Ubtrobot.com 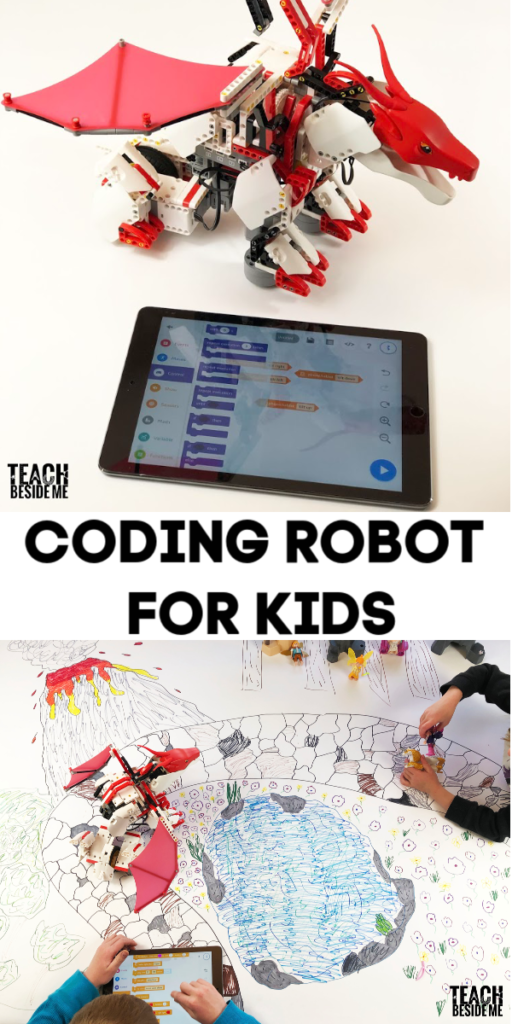