I love fireflies! I do not see them around where I live, but I have fond memories of them as a kid. I wanted to teach my kids about them, and have a few fun ways to do that. Today I want to show you how to make origami firefly paper circuits.

This project is based on the book How to Survive as a Firefly by Kristen Foote. We received this book for review from The Innovation Press and it has been a hit at our house! I love the story and the cute illustrations!  So if you are looking for a cute book to teach about fireflies, their life cycle and other facts about them, definitely look into it!

First we will start with the origami part. 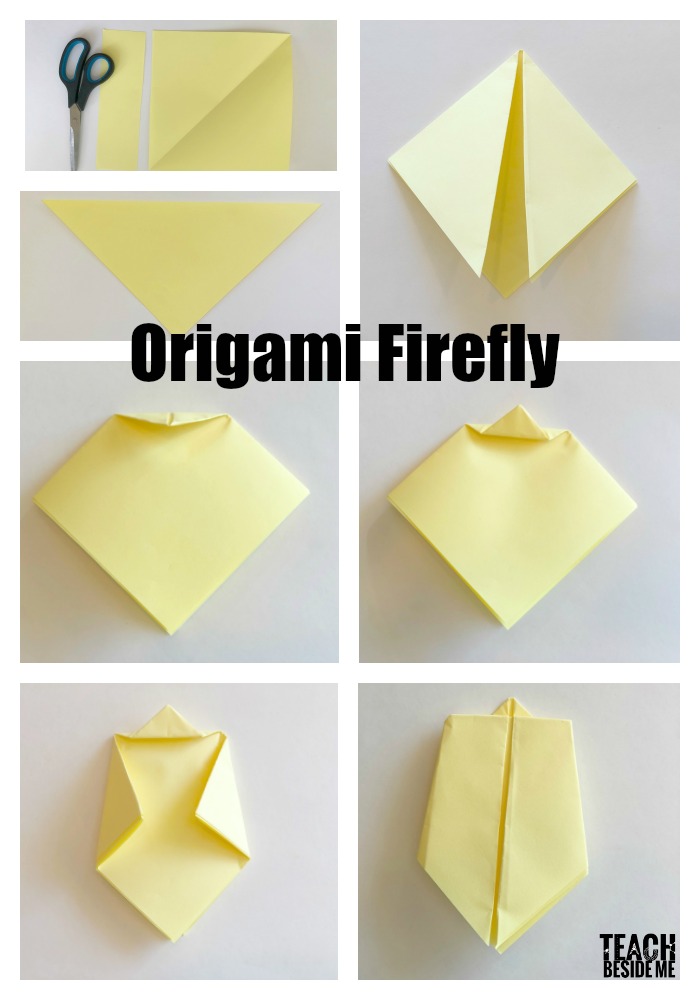 To make these origami firefly paper circuits,  you need a square piece of paper. I used an 8 1/2 x 11 piece and just trimmed it down to a square size. Then you fold it in half. Fold down the left and right corners of the newly formed range to meet the other point at the bottom. These are going to be the wings of the firefly. Turn it over and fold down the top corner. Fold it back up part way through the other fold making the head of the firefly. Fold in the left and right sides at an angle to narrow out the body. Flip it over and the origami part of the firefly is done!

Now we will work on the paper circuit part of the firefly!

How to Create the Circuits

You will need 1/4″ adhesive copper tape an 5 MM or 10 mm LED lights and a 3V lithium battery (coin cell battery).

These small LED pin lights have two pins coming out. The longer end is the positive side and the shorter end is the negative side. Lift the wings of the insect and attach a strip of copper tape from the tip to the center of the insect.

Place another piece of copper tape leaving a space between the two and this one will go over the under side of the wing a bit. It will need to angle out a bit so that it will touch the battery when the wing is closed. Tape the light with the long end on the left and the shorter end on the right. Attach the battery with the positive side facing downward and the negative side facing upward. Do not cover it with tape so the copper tape will touch the battery and create a circuit.

It should now light up when you close the wings and lightly touch where the battery is.

Also check out my Sewn Circuit Firefly, and my Play Dough Circuits! 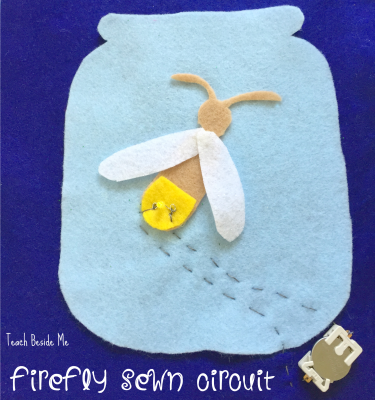 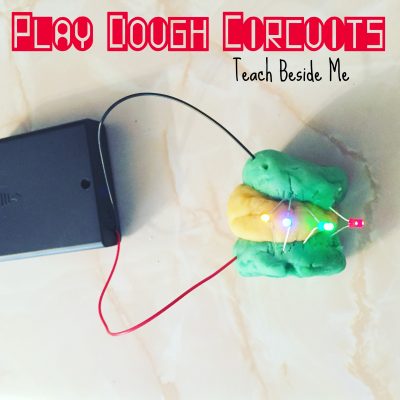