Something seriously super is in store! It is time for the preschool letter of the week!  Today is brought to you by the letter S.

Print and play with these fun letter activities for the letter S!  This letter S pack is 21 pages long and has all you need for a perfect letter of the week lesson! There are tracing worksheets, color by letter, dot marker pages, letter cutting, letter mazes, and more!

Grab some books with the letter S theme. You’ll love this great big list of 20 books! There were more I could have added, too. This was hard to narrow down with so many fun letter S ideas! 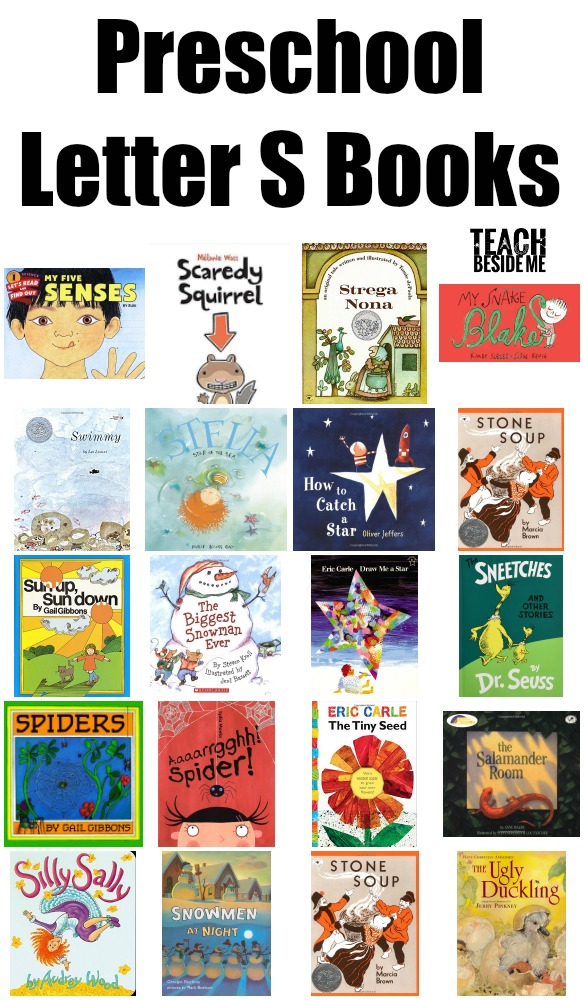 Silly Sally by Audrey Wood
Scaredy Squirrel by Melanie Watt
Spiders by Gail Gibbons
Stone Soup by Marcia Brown
Strega Nona by Tomie de Paola
Snowmen at Night by Caralyn Buehner
The Biggest Snowman Ever by Steven Kroll
Draw Me a Star by Eric Carle
How to Catch a Star by Oliver Jeffers
Sun Up, Sun Down by Gail Gibbons
The Ugly Duckling by Hans Christian Anderson
The Sneetches by Dr. Seuss
The Tiny Seed by Eric Carle
My Five Senses by Aliki
The Snowy Day Ezra Jack Keats
The Salamander Room by Anne Mazer
Swimmy by Leo Lionni
Stella, Star of the Sea by Marie-Louise Gay
Aaaarrgghh! Spider! by Lydia Monks
My Snake Blake by Randy Siegel

I have two different letter s crafts for you today because my kids just could not agree on a favorite, so we did both! 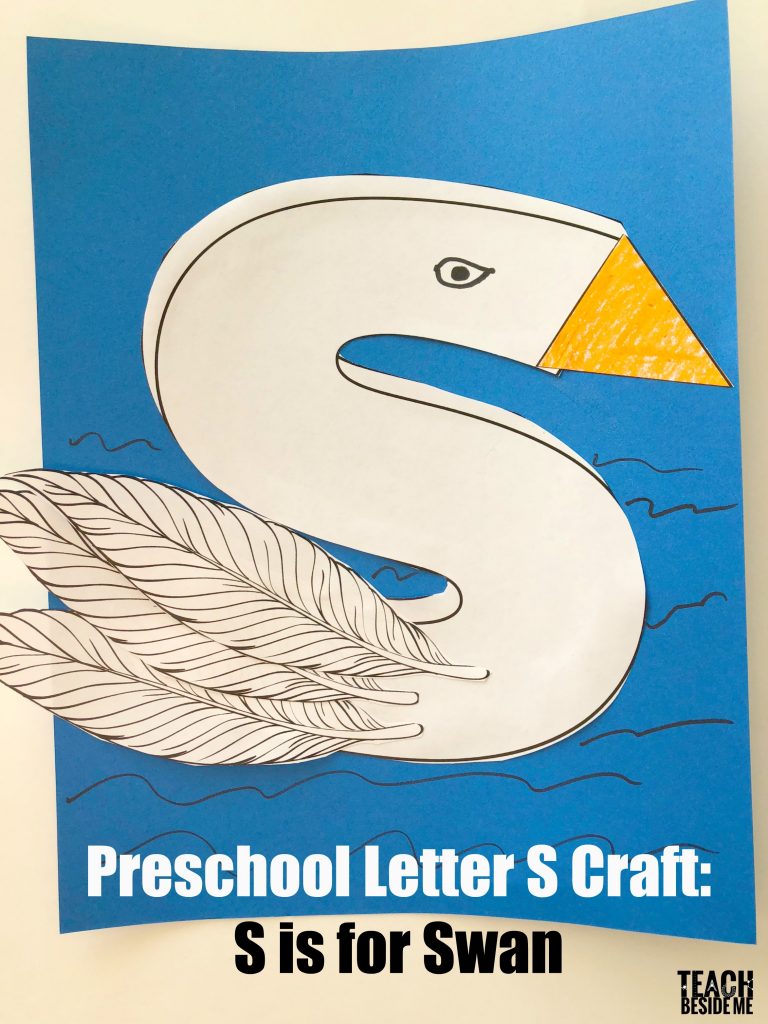 To make the Swan craft, we cut out the S and put it on blue paper. Then used feathers for the tail and a triangle beak.  You can use real feathers or the template provided in the printable pack. 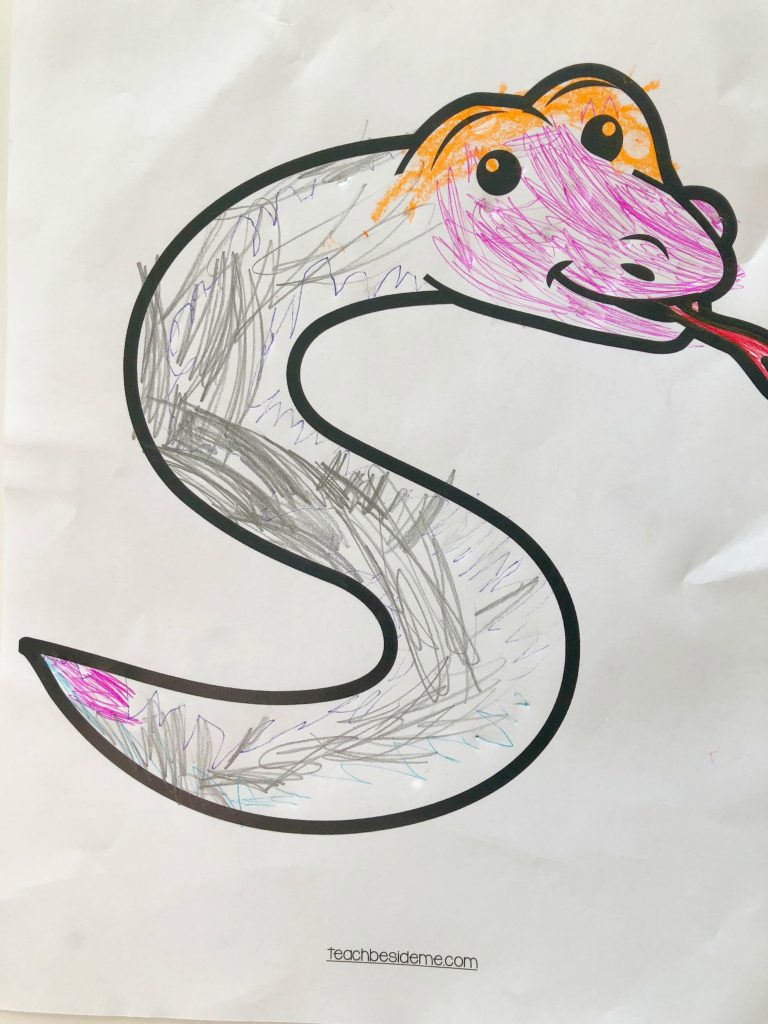 The S craft is just a little S shaped snake for coloring. Nothing fancy, but a cute one nonetheless!

This letter S snack can be done with anything round really, but we tried it with both cucumbers and kiwi fruit. Cut the circles in half and stagger them a bit to make it look like a snake. Make a little tongue out of a sliver of carrot or strawberry. Simple and super silly. 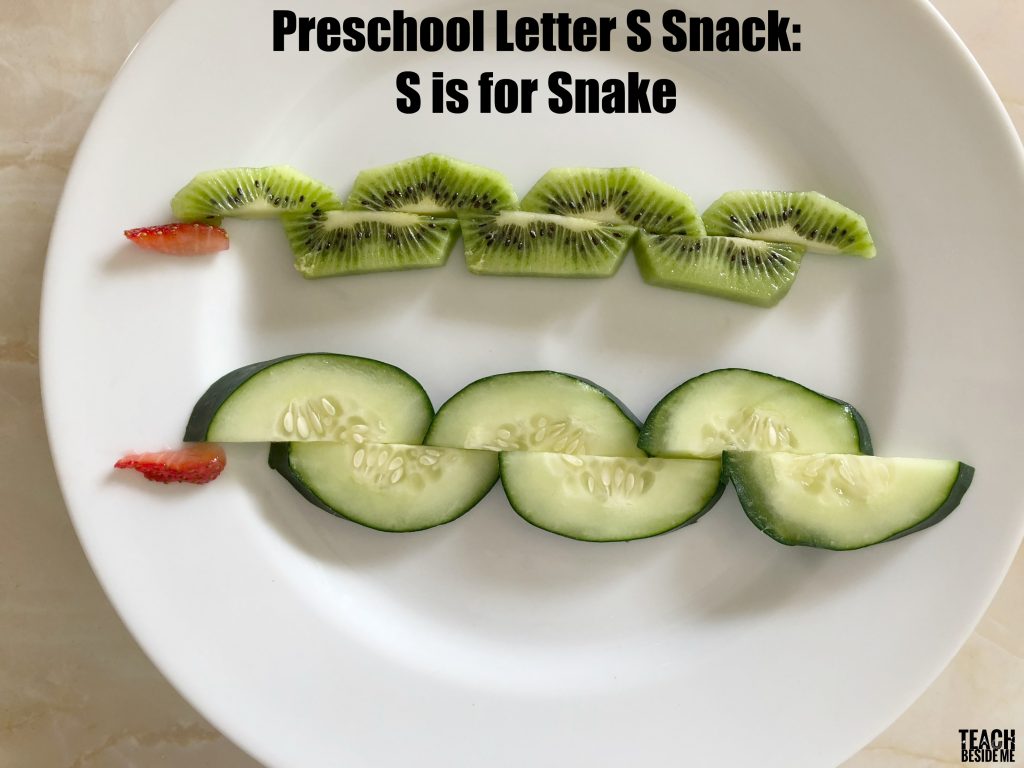 See ALL the Letter of the Week Activities.  Letter A is always FREE in my subscriber library for you to try out.

This is available in my shop as part of my letter of the week bundle. Grab it here!

See all of the Letter of the Week Posts.