How do you feel about rotting food?  Not a fan?  Well, we have something truly disgusting that has been sitting on our kitchen table for a month now, on purpose. My kids and I created our very own Rot Museum.  I will be honest, there were times my husband practically begged me to get rid of it. My daughter would not sit near it. My boys, and I were fascinated. Don’t worry, though, it was all sanitary!

Want to do some disgusting science of your own?  You may regret it!  😉 This was inspired by the Magic School Bus book the Rot Squad. 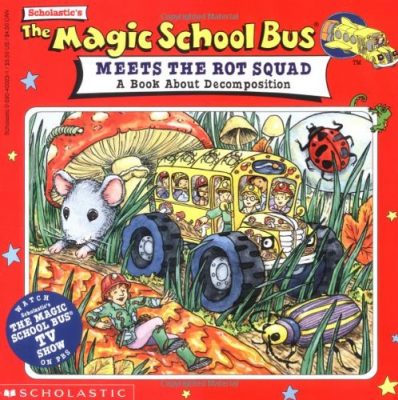 Just grab some jars with lids that will seal tight. In each jar put a food that you want to observe. It doesn’t much matter what you choose to watch rot, but these were our choices:

Seal up the jars and place them somewhere where they won’t bother you. Ours were on our table by the window. Being by a window caused a lot of condensation in the jars due to the heat from the sun beating into the jars. I think this actually made things mold quite a bit faster. You could try them in the dark if you want to prevent that. Or do both & compare! 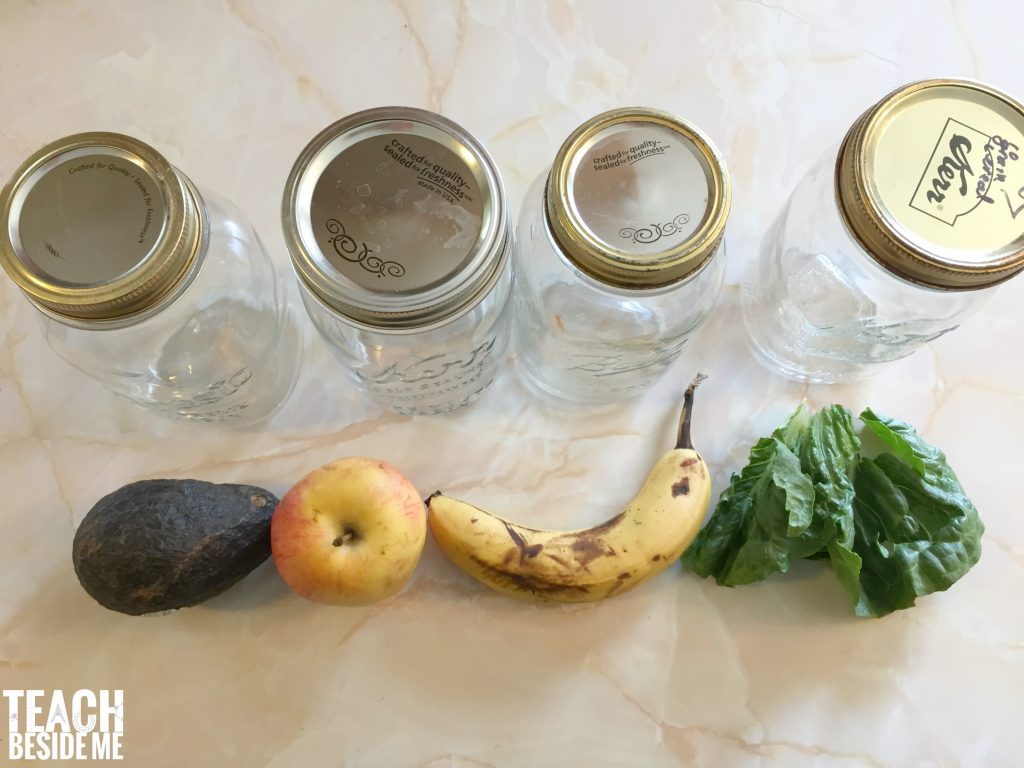 We let ours rot for an entire month. The most interesting part of all of it was to see which ones rotted the fastest and which ones did not rot at ALL! Make some predictions when you start yours and guess which you think will grow mold first. 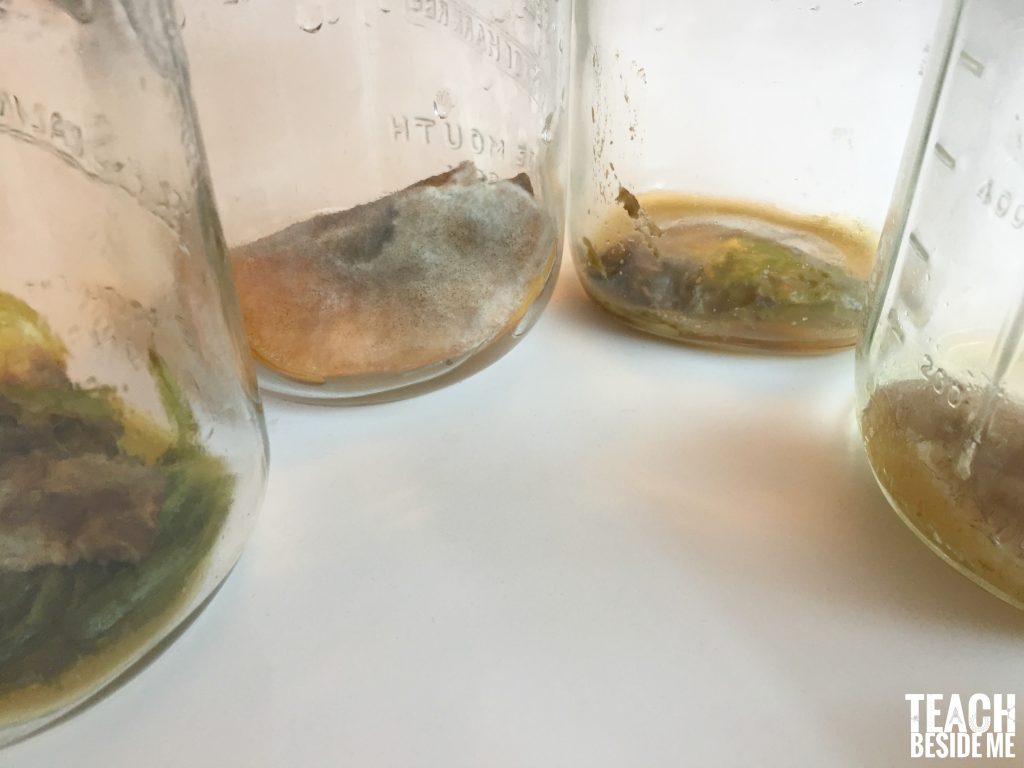 The first one in our jars to grow mold was the avocado. The carrots did not mold at all. They barely even looked different by the end of it. The banana surprisingly was one that took a lot longer to change. It did not even brown for several days due to the air-tight jar. 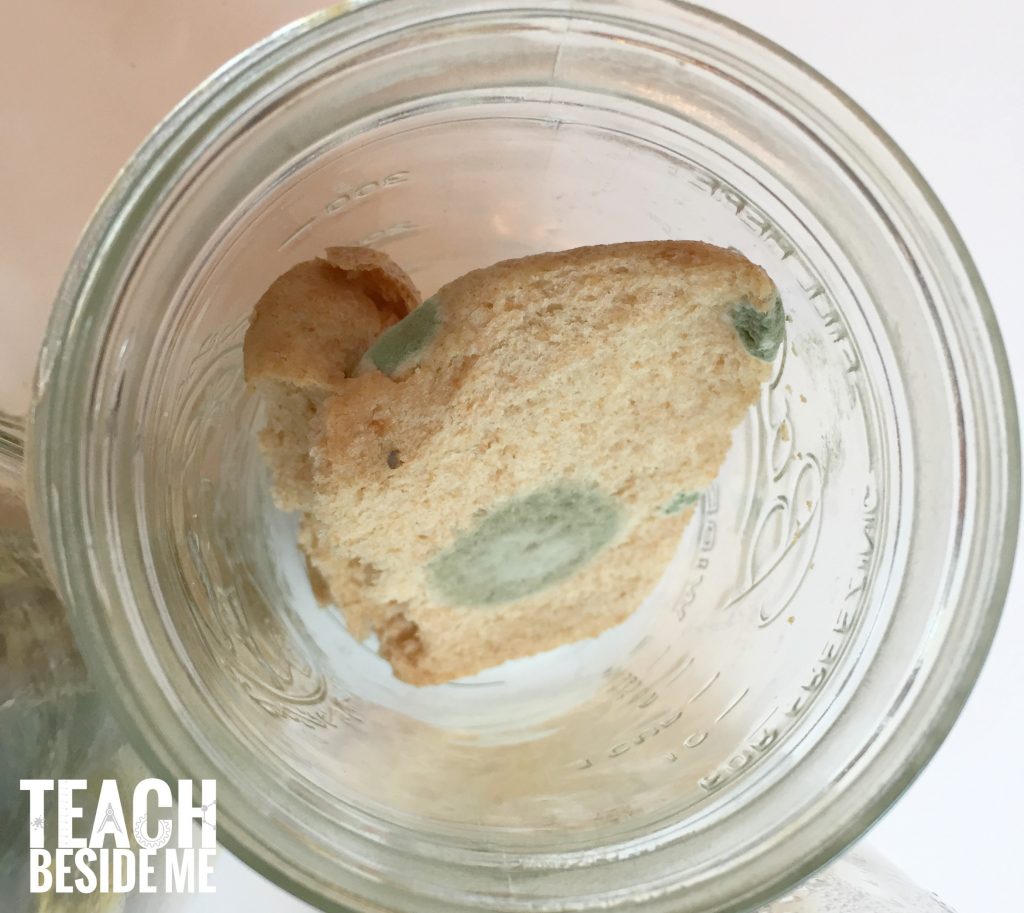 The bread did not mold for two weeks, we think our to preservatives since it was store bought. 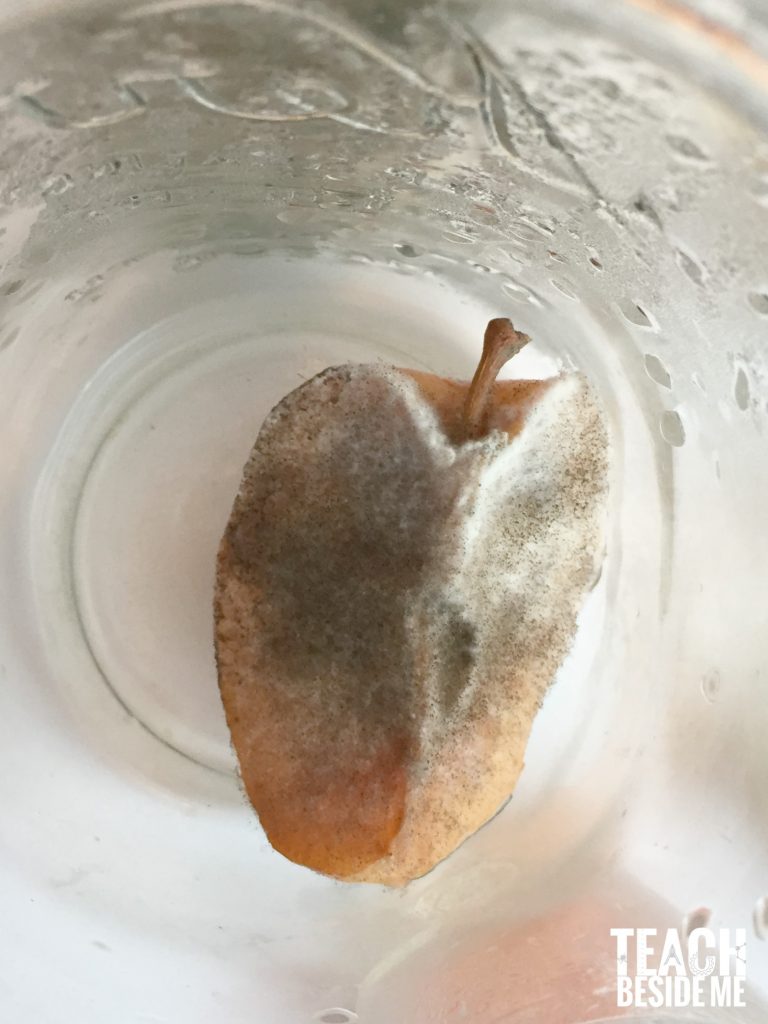 The apple’s rot was impressive! 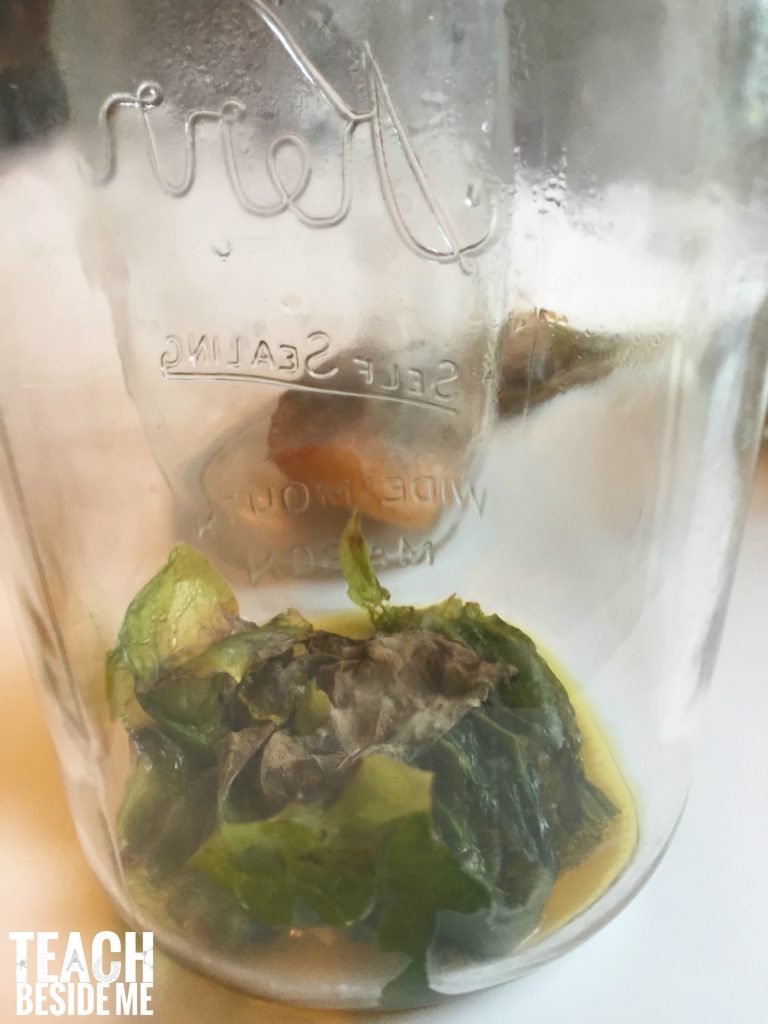 The lettuce was not very nice to look at. 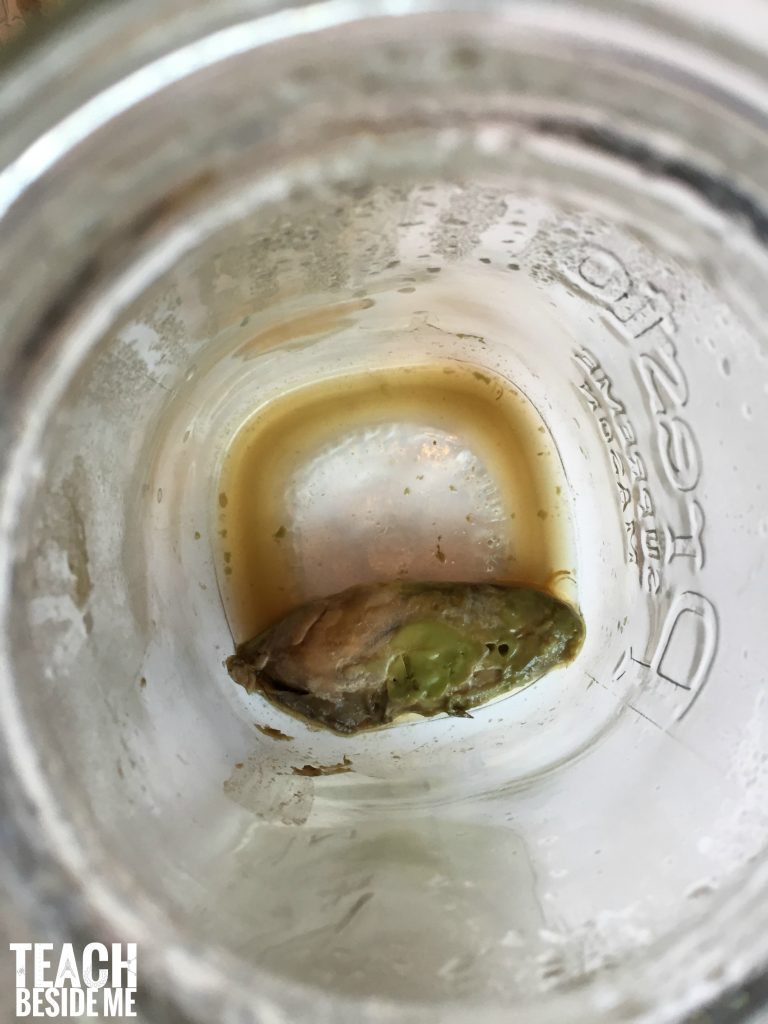 I think the worst part of the entire process was opening those jars at the end of the month. If you have a mask, I highly recommend wearing it. I nearly vomited! 😉 If you want the gross juicy details, the jars popped and puffed as I opened them due to fermented gasses. I also recommend dumping them in an outside trash can because the smell was utterly unbearable! Did I convince you to try this one?

I warned you it is a disgusting science experiment.

Want to see another really gross one?  Check out our other mold experiment. 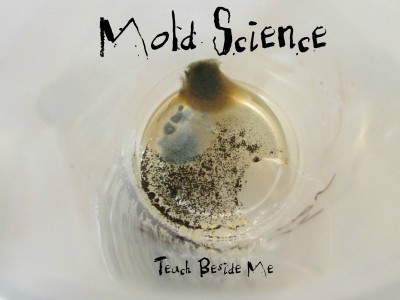 Also check out this awesome book from my blogging friend: 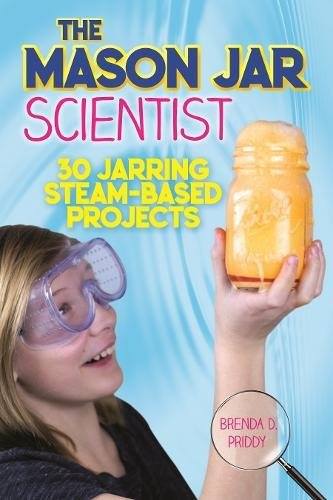