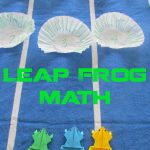 Since it is a Leap Year this year, we wanted to do some fun Leap Year Learning activities. We made a Leap Frog Math Game with origami jumping frogs that was a HUGE hit with my kids. They played with it for a long time.

First, I will show you how we made our origami jumping frogs. 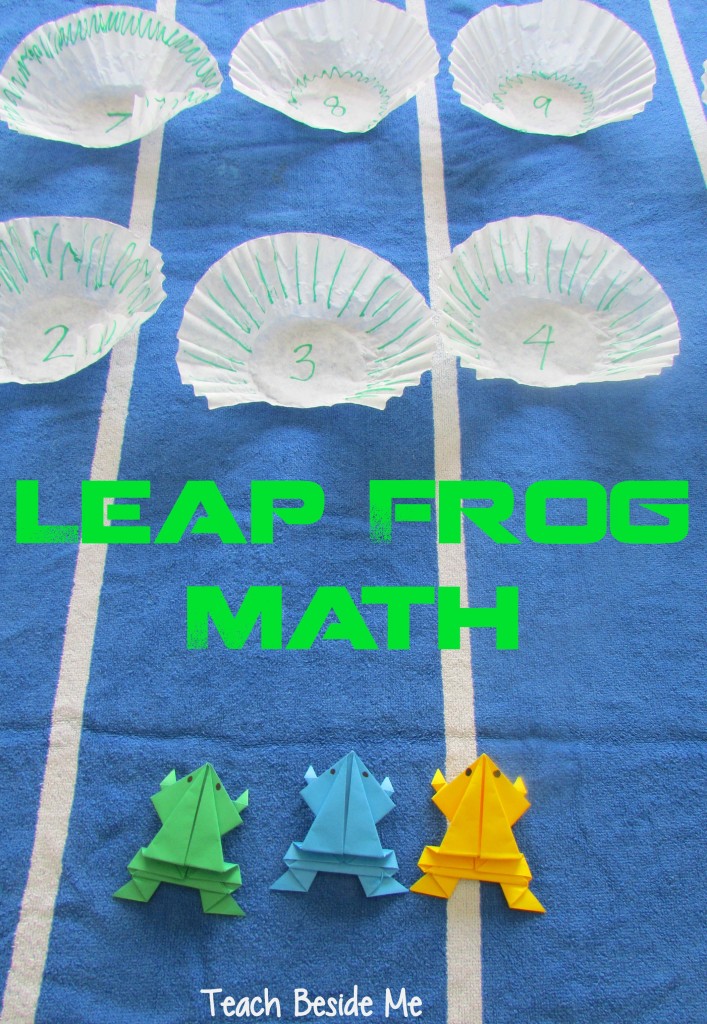 How to Play Leap Frog Math:

To play leap frog math, we started by making some origami jumping frogs. I will teach you how to make the frogs in a second.

Then I used coffee filters with some openings cut out. These are the lily pads for the frogs. I wrote the numbers 1-10 on the lily pads.

Then the kids take turns jumping their frogs month the lily pads. They write down their numbers and tally them up to see who has the highest score. 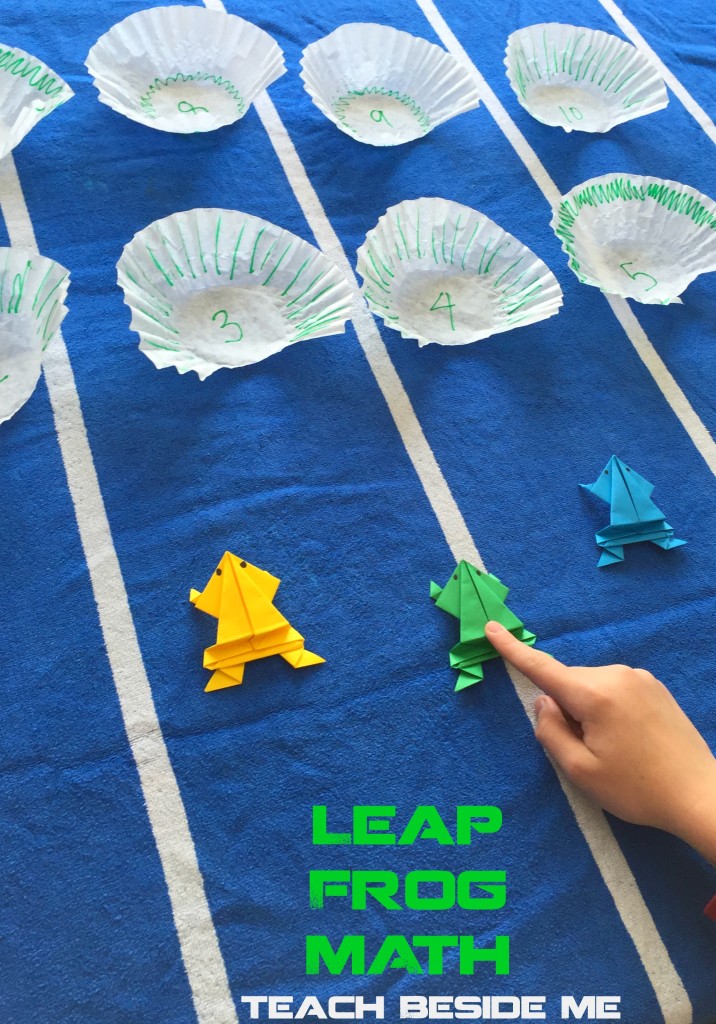 You can play this leap frog math game a few different ways to practice math skills. You can make an addition game and then they each get 10 jumps. 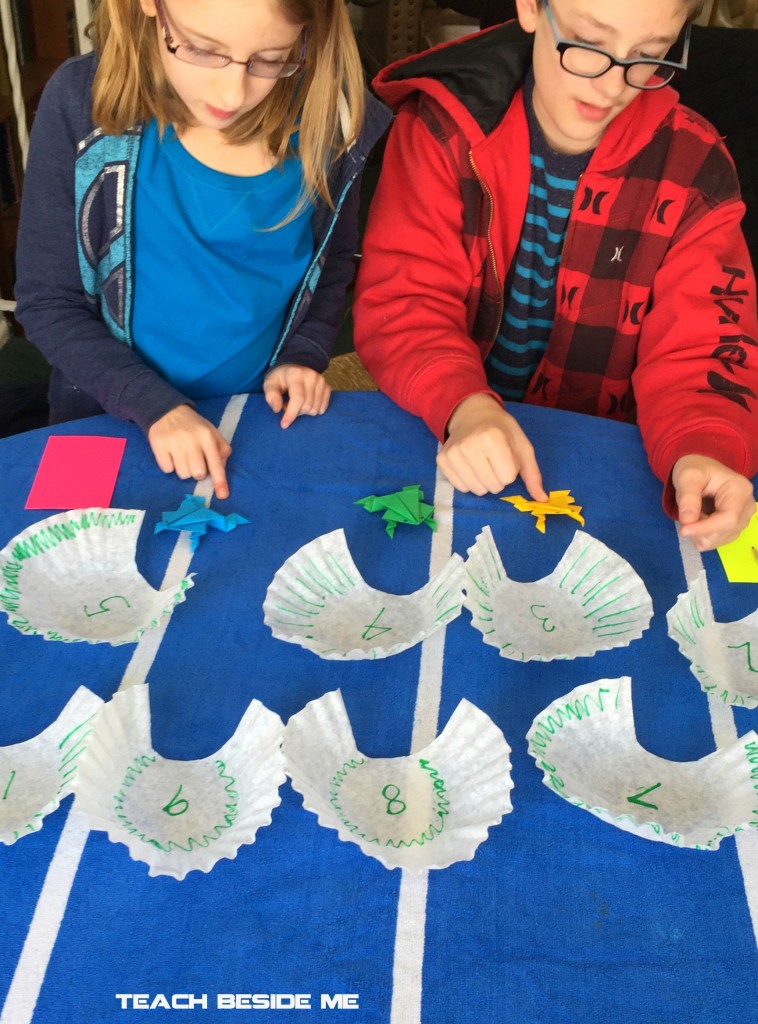 You can play a multiplication version where they get 2 jumps at a time and multiply them together.

You could also do a subtraction version and try to get the lowest (or highest) score. 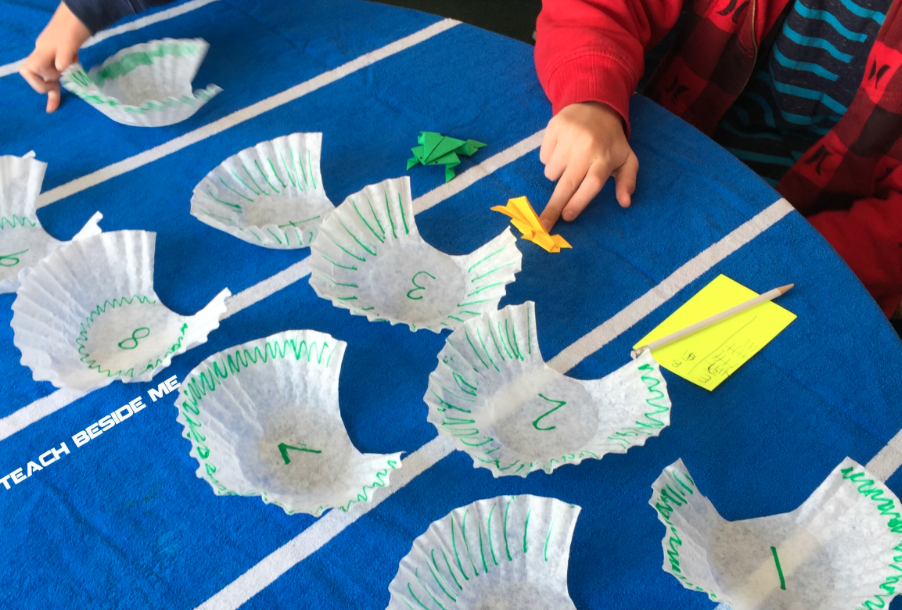 The Leap Frog Math Game was a loud game, but it was really a lot of fun!

Now, learn how to make the origami frogs.

How to Make Origami Jumping Frogs: 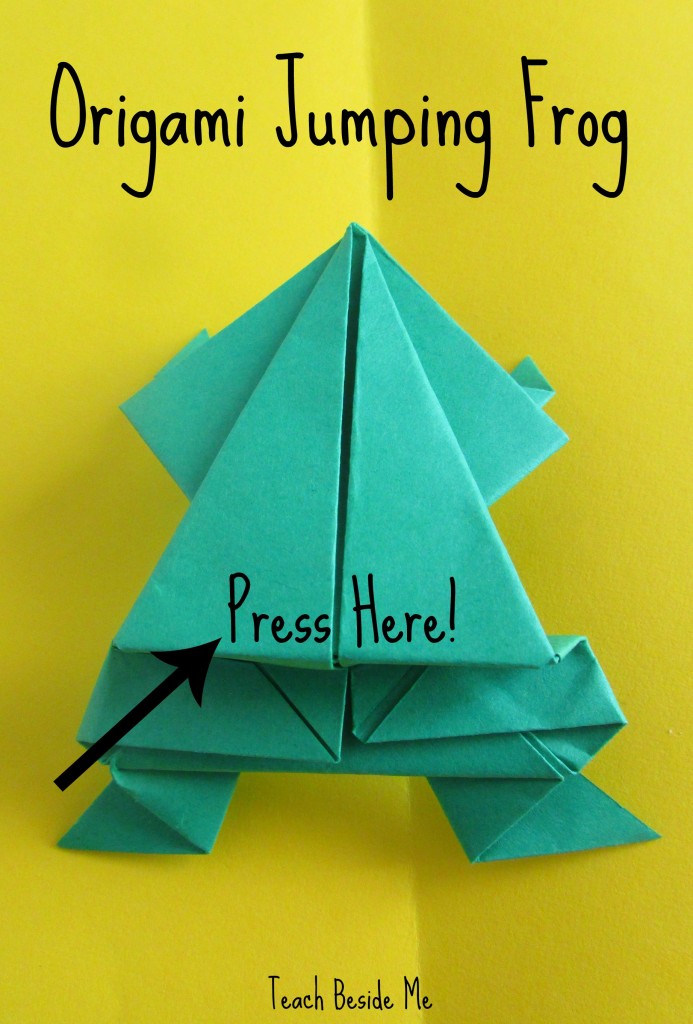 To make the jumping frogs, you will need to start with a square sheet of paper. I used a regular 8 1/2 x 11 piece of paper cut into a square by folding the paper over as pictured below. But, you can also use regular origami paper. The frogs will just be a lot smaller. 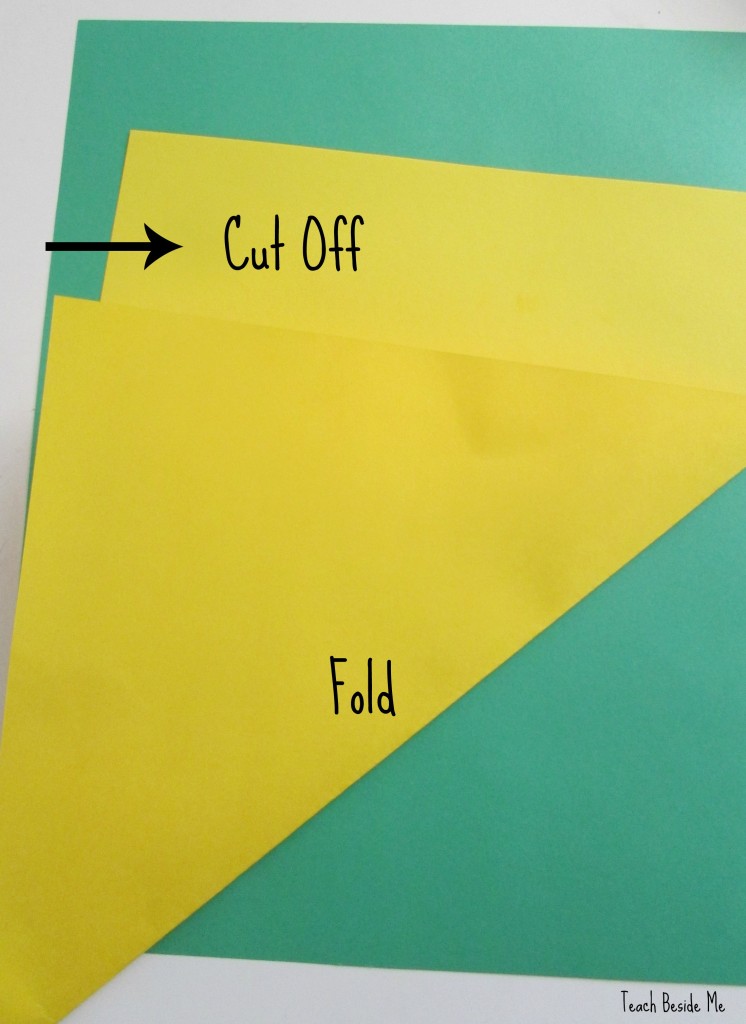 Then you will cut that square in half. Sorry, I switched colors! 🙂 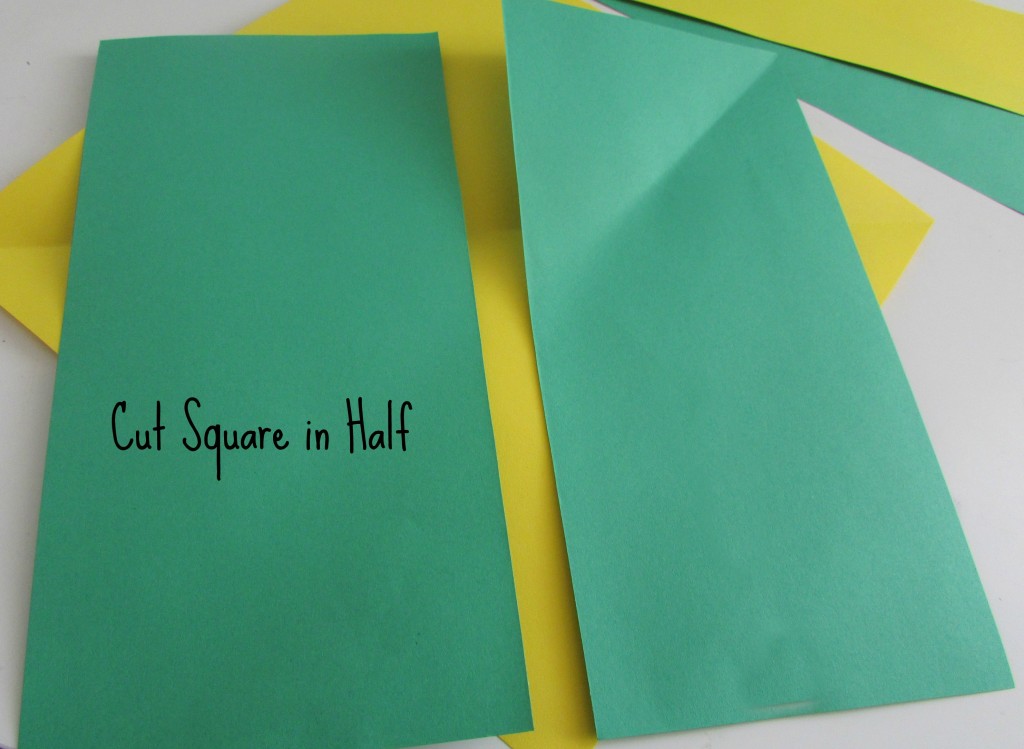 Fold each rectangle in half to mark a center line.  Then you will fold each small square of the rectangle to the center to create an X shape. Repeat on both sides. 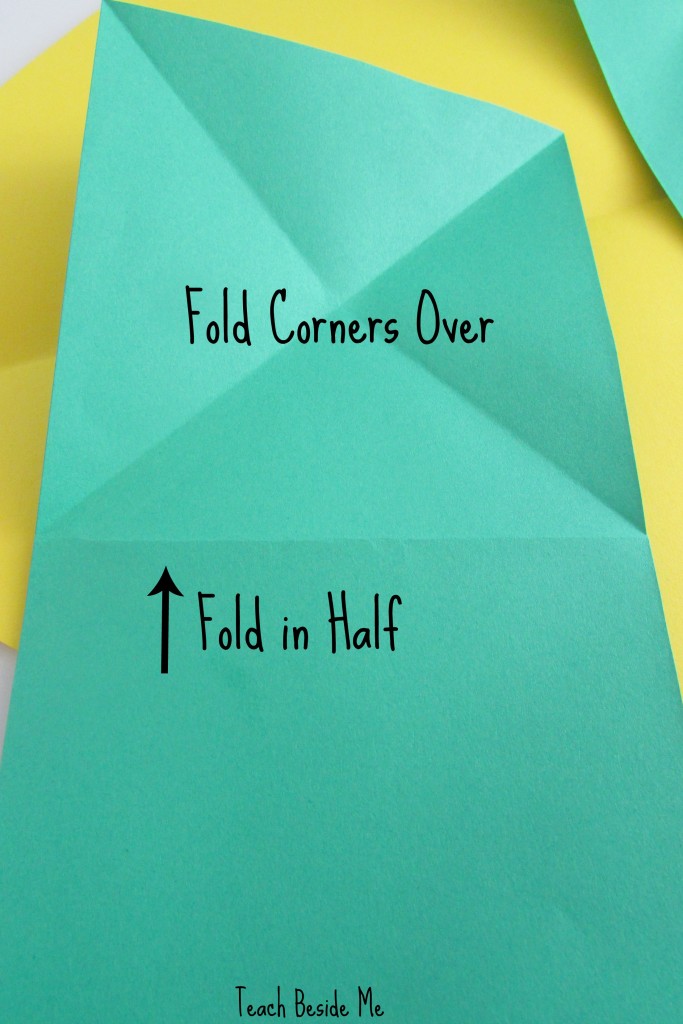 Fold over, tucking in the sides to make it into a triangle. 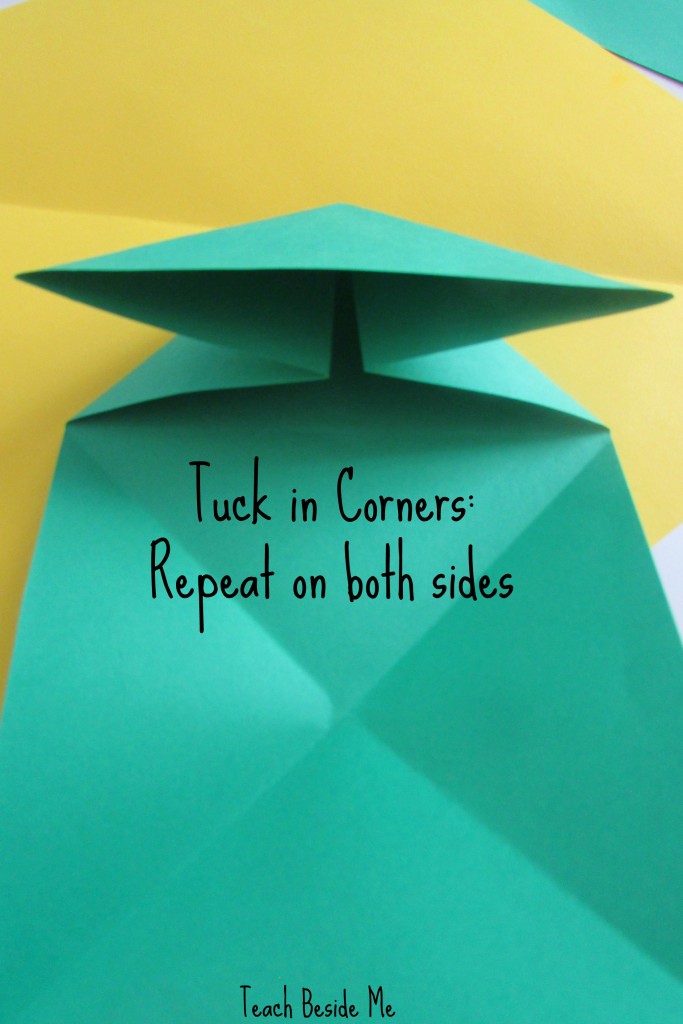 Repeat on both sides. 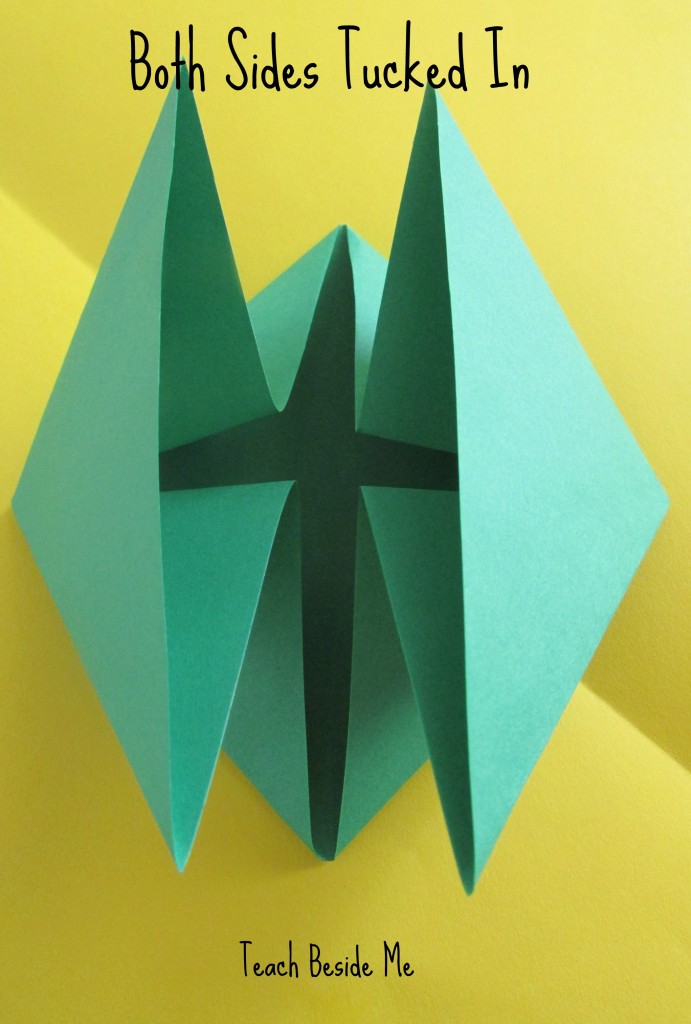 Next you will fold in all four corners like this: 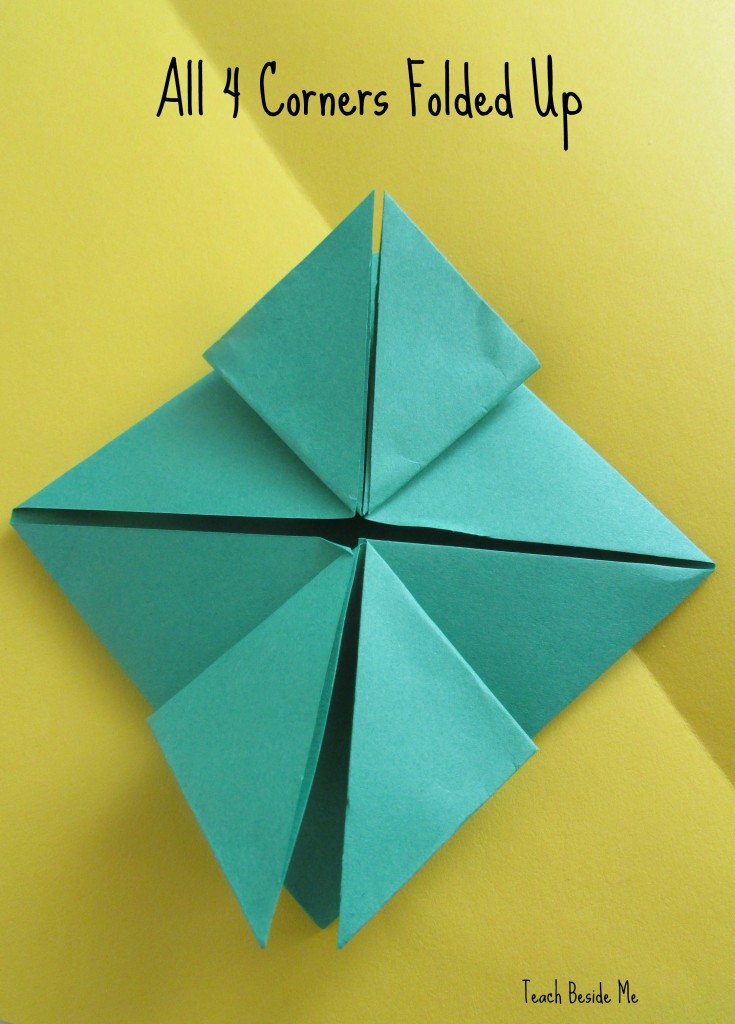 Fold all four over again. 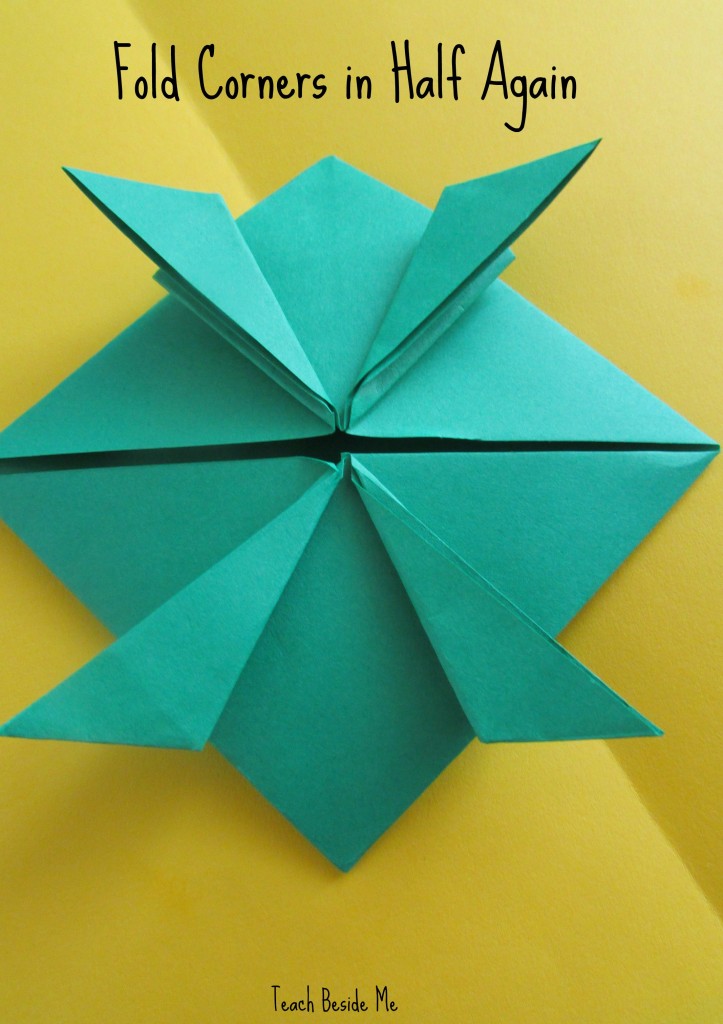 And now just two of them will be folded. These will be the front legs and the back legs of the frog. 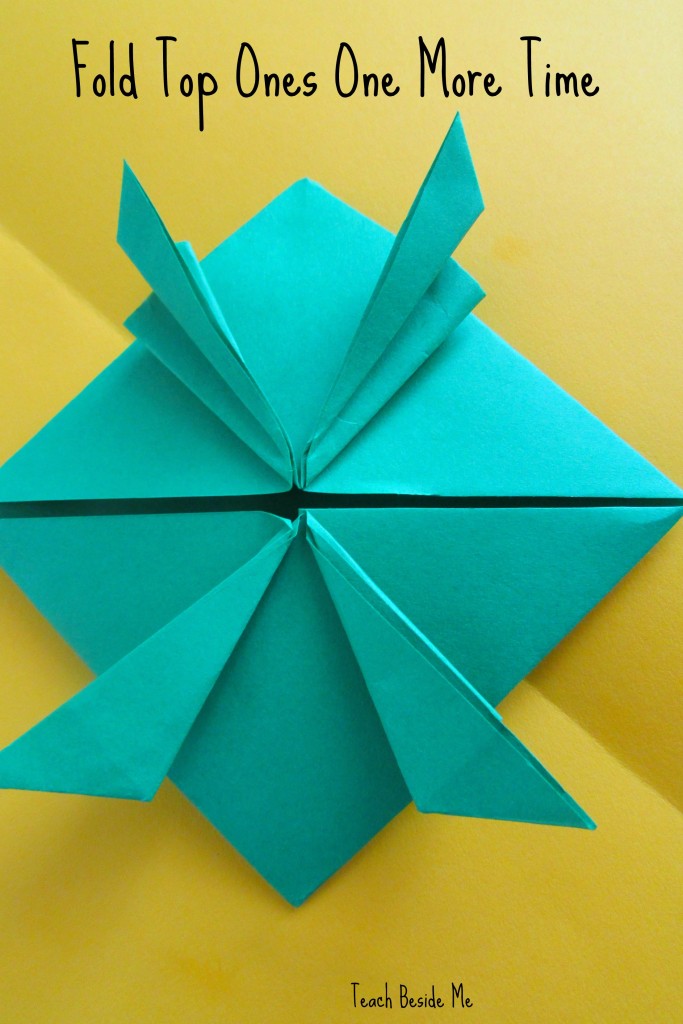 Flip the whole thing over and fold the top corners in to the center. 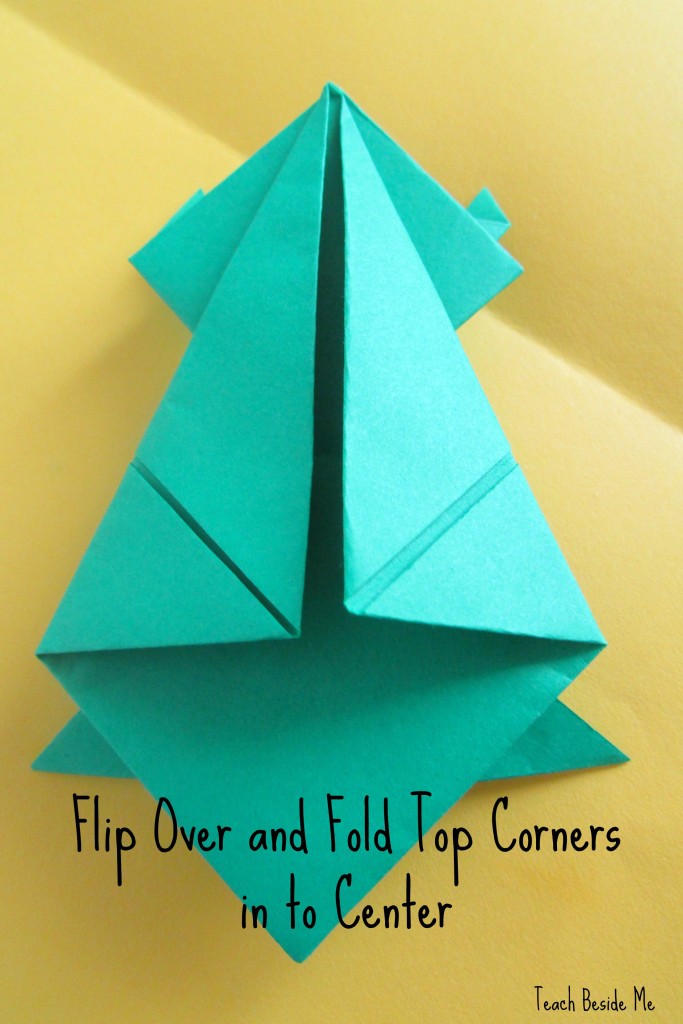 Next you will fold and tuck in the back end. 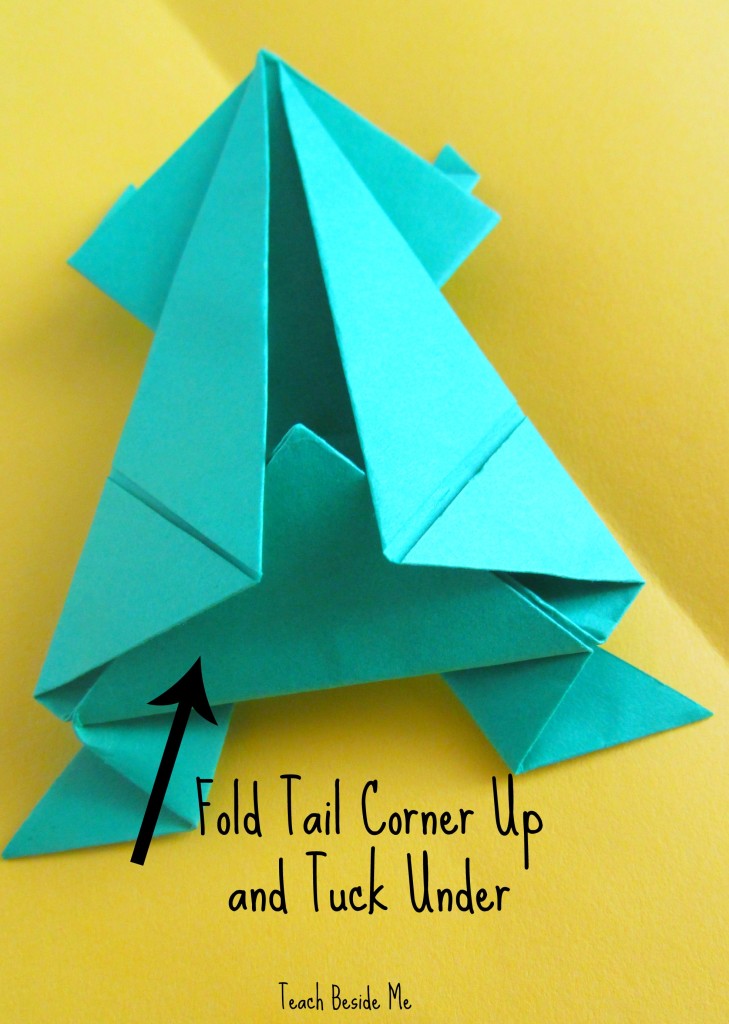 This is a frog, but if you want to make it a jumping frog, there are just a couple more steps! Fold the whole frog in half with the feet facing each other. 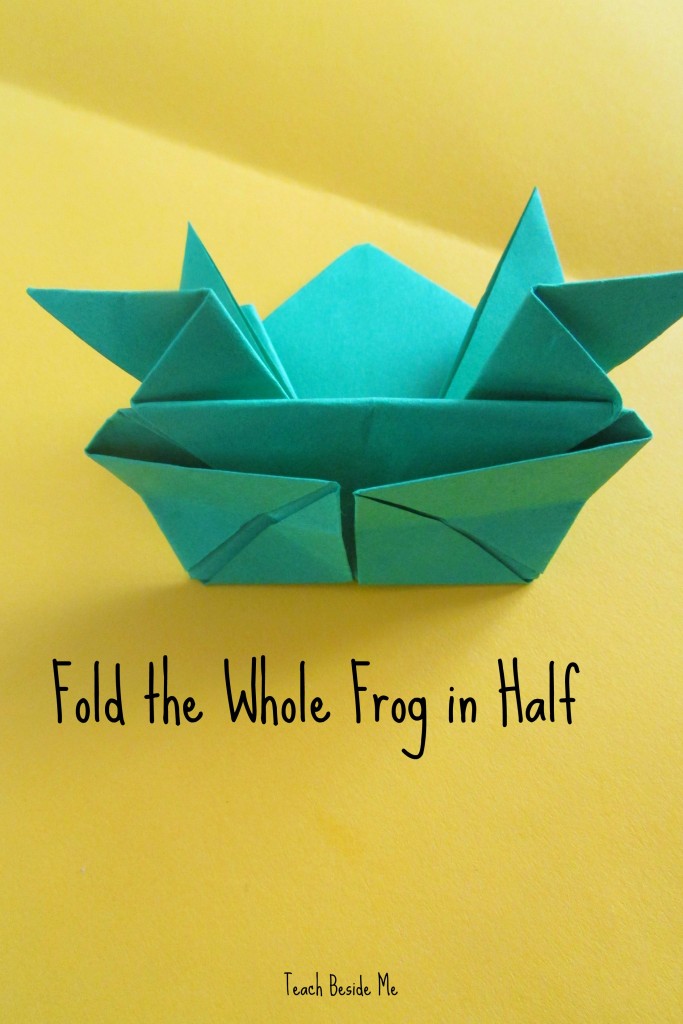 The bottom half will now be folded inhale again. 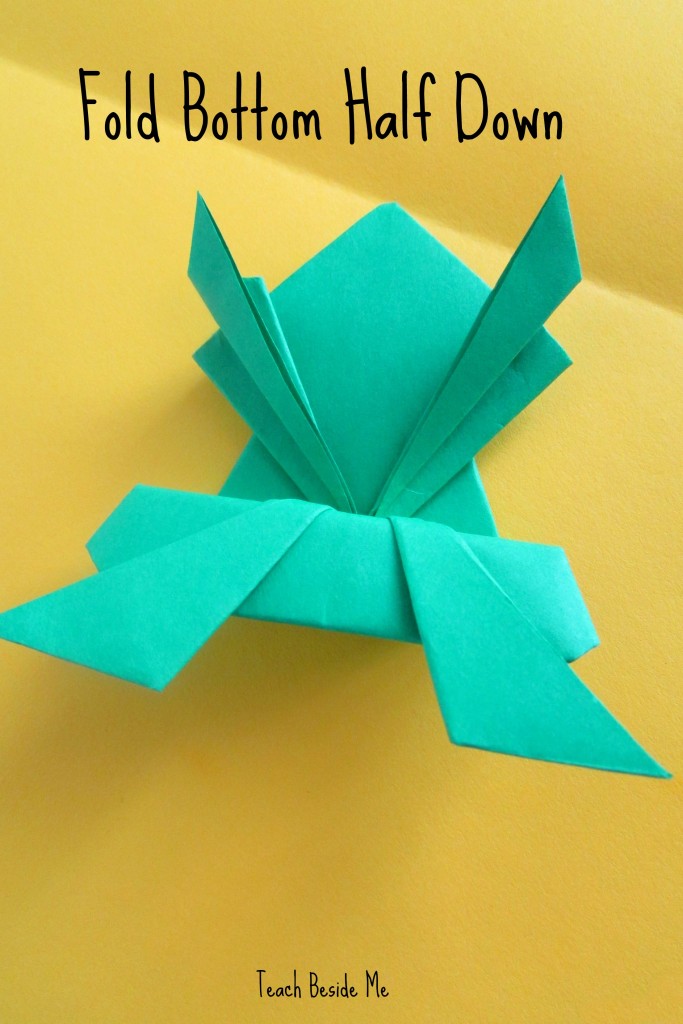 Flip it over and your origami jumping frog is all done!