My little 3-year-old boy loves any activity that involves cars or trucks. He is also beginning to be interested in doing school when the other kids do. When he asked to do school with us this week, I had to think of an activity that would hold his attention. So, I decided to combine cars and the alphabet and do some race car alphabet learning. 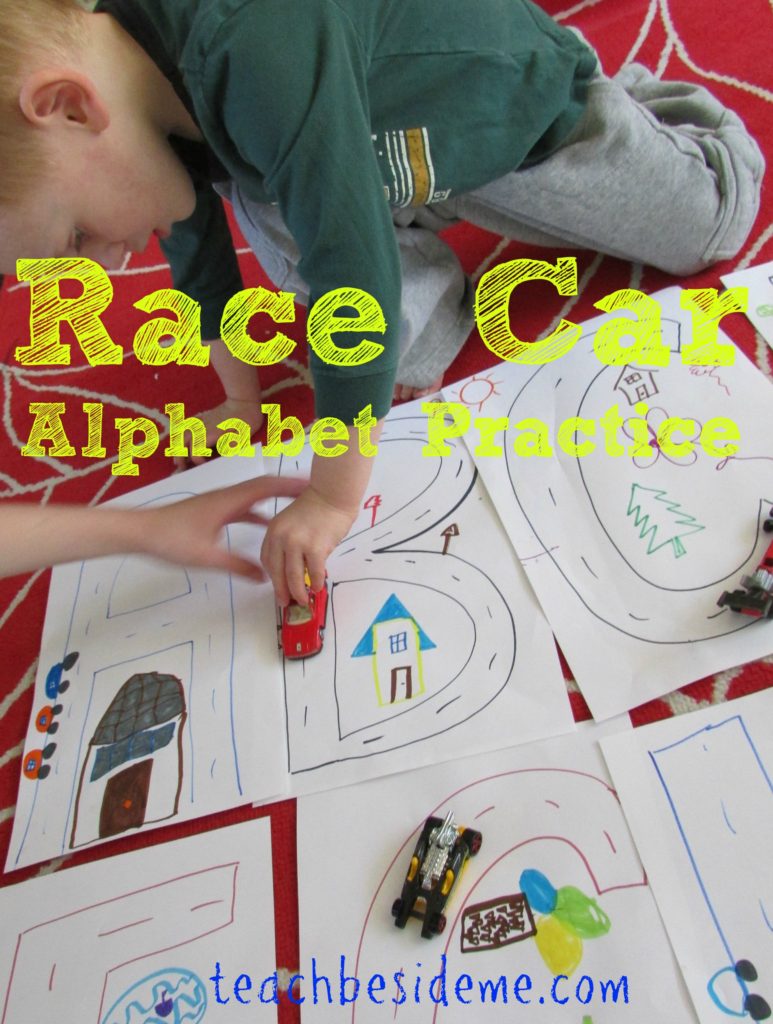 I drew the letters of the alphabet each on separate pieces of paper and made them look like roads with lines down the center. 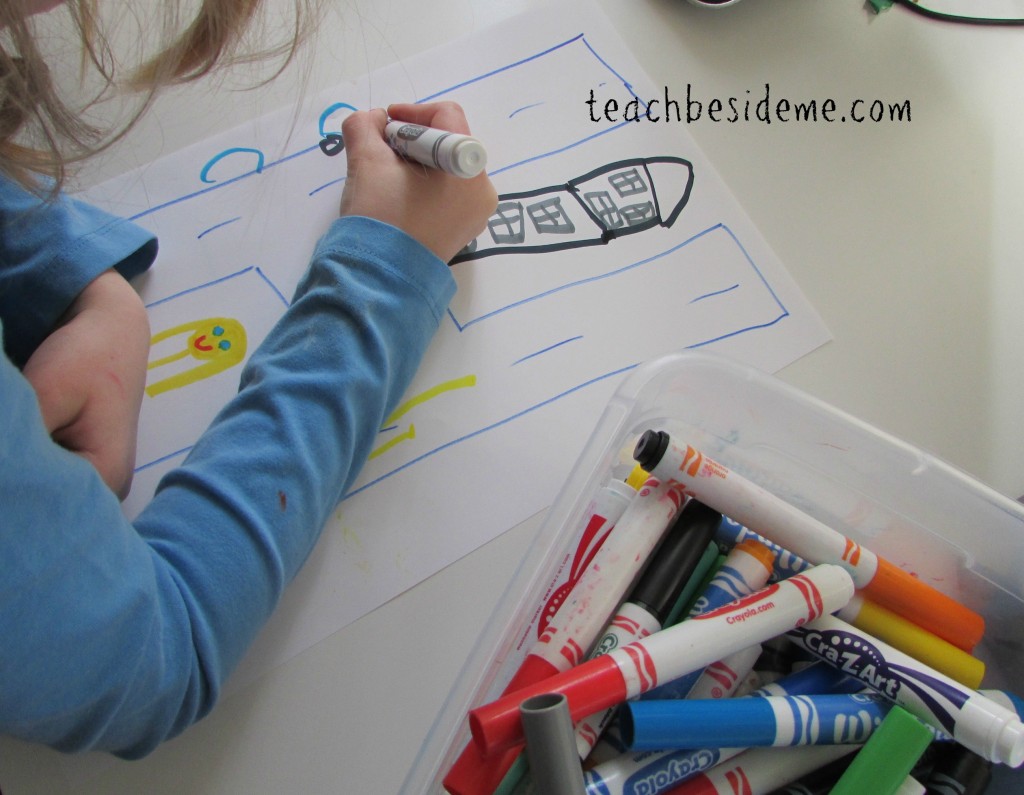 The kids had fun decorating them with trees, flowers, buildings, cars and other things. 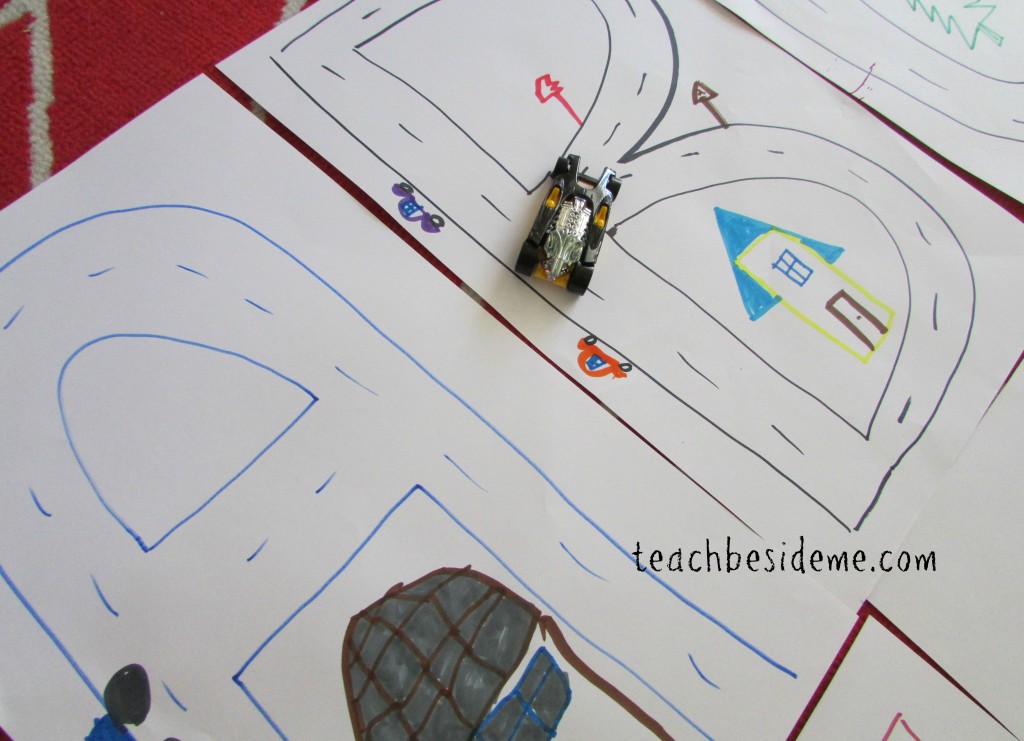 We laid them all out in order so we could also practice saying the alphabet as he played. He really loved playing with his cars on these letters. He was so excited as we finished each new letter for him. 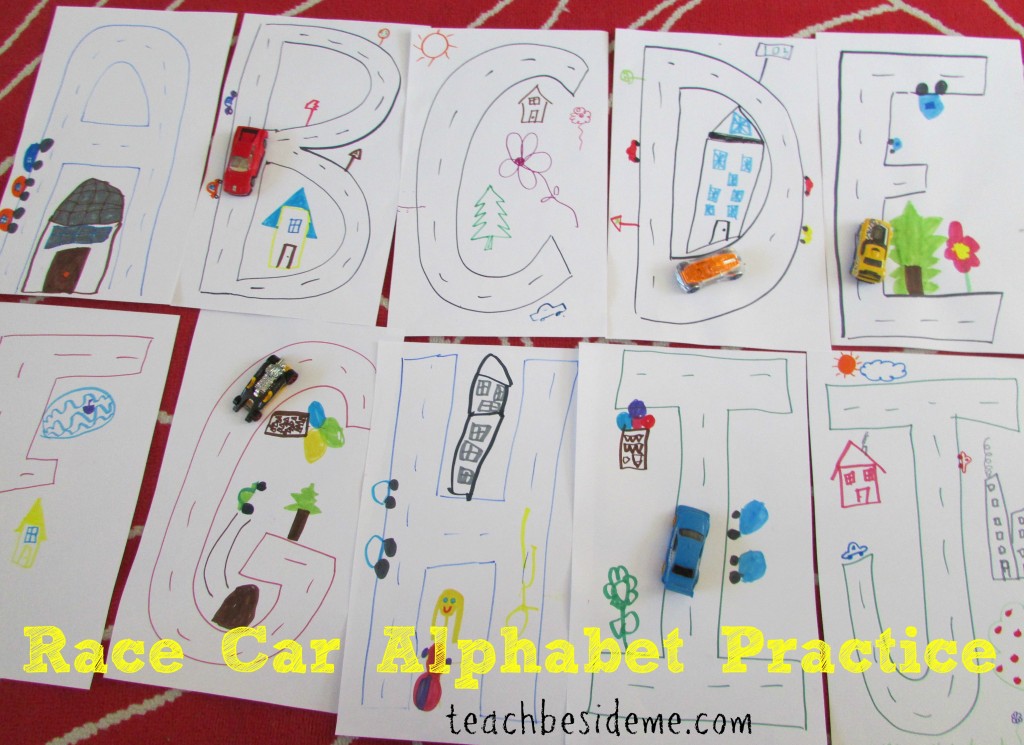 Making a car alphabet was the perfect way to get him excited about learning his letters!  I think they turned out really cute! 🙂

How do you get your little boys interested in learning the alphabet?

Want another fun car activity? Check out our fabric roads!