I have a SUPER fun update to share with you today!  Have you heard of the author Brandon Mull? We are mega fans in our house. This past week Brandon Mull’s latest book, DragonWatch was released. My son and I were thrilled to be able to attend the world premiere book launch of DragonWatch put on by ShadowMountain Publishing. 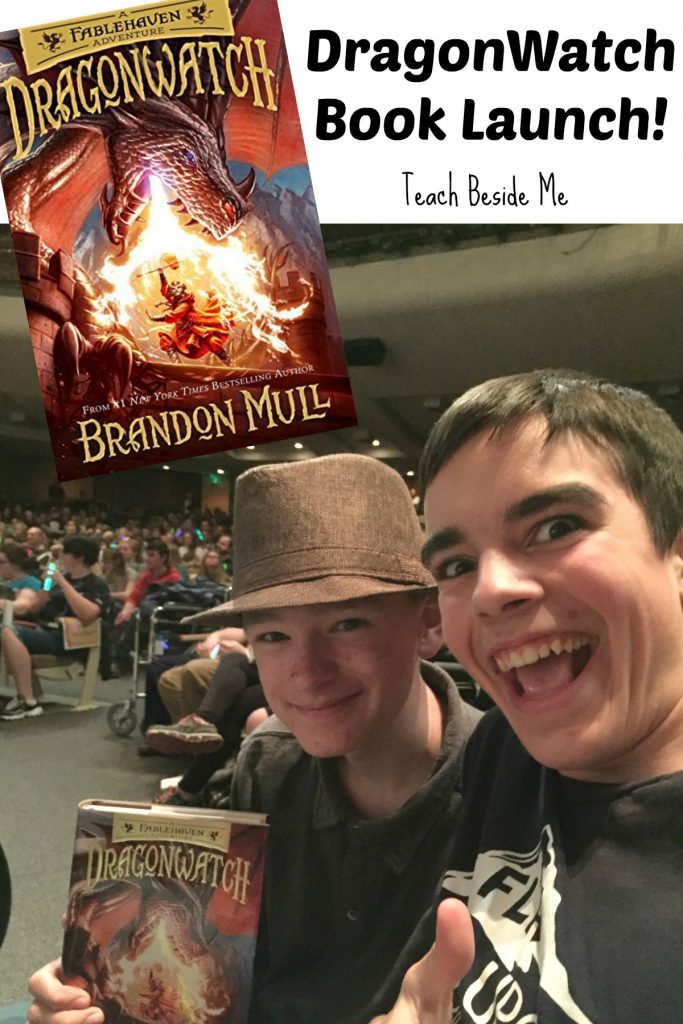 I have never been to an event like this before, so I was really unsure what to expect. It was such a fun event and we were really impressed with it!

At the launch there was a whole theatrical production. It was hosted by the author of the Janitors book series,  Tyler Whitesides. 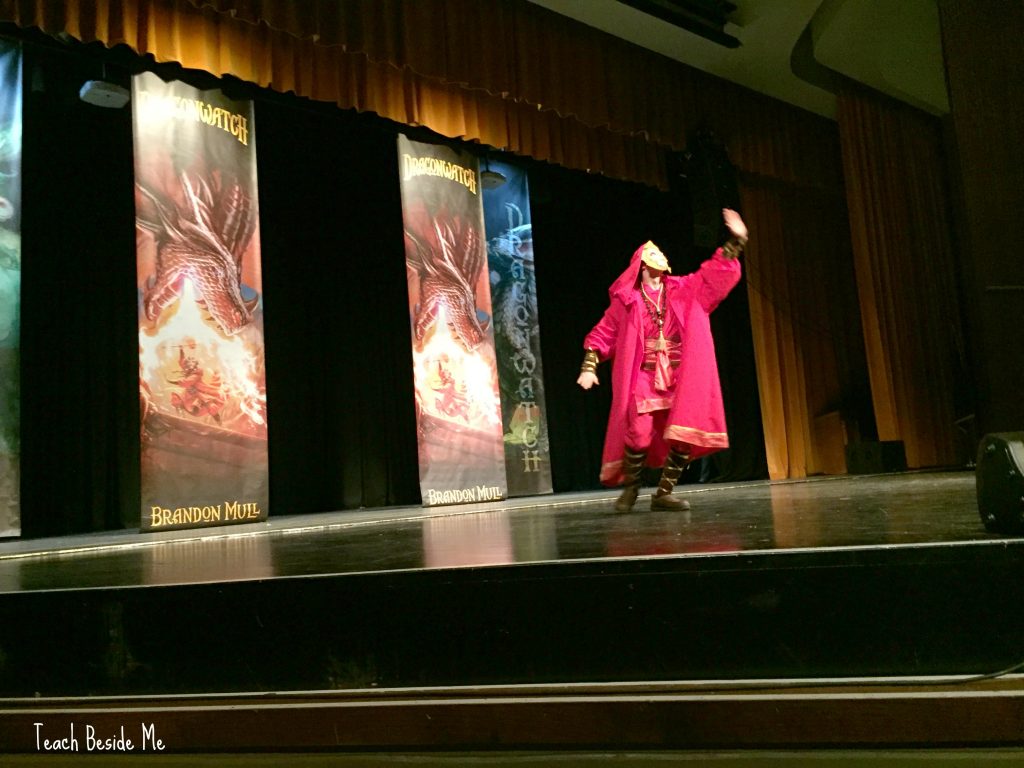 They brought out characters in the latest book dressed up and acting their parts. They also had a great local comedy troop doing some funny acts throughout the production. 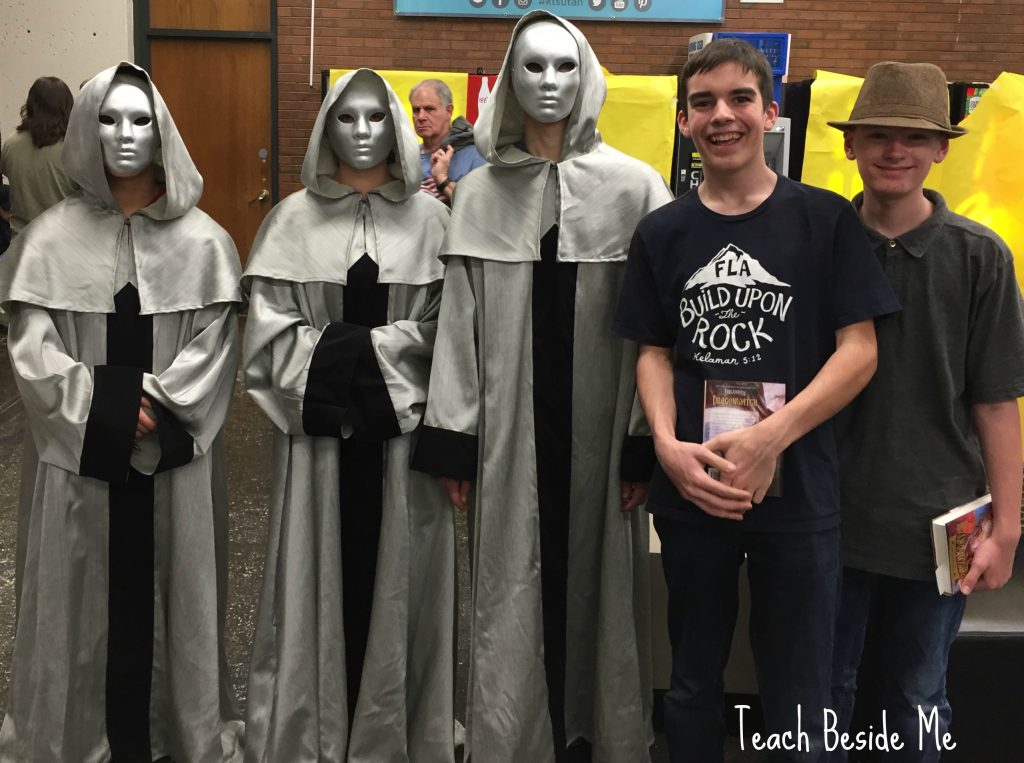 Brandon Mull was “supposedly” stuck outside fighting dragons and late to the party. They kept “face timing” him and he would give his updated status. It was pretty funny.

There were several exciting moments like when they turned out the lights and crew glow sticks out to everyone in the audience. The final surprise was that Brandon Mull was inside one of the costumes. We thought that was a lot of fun! 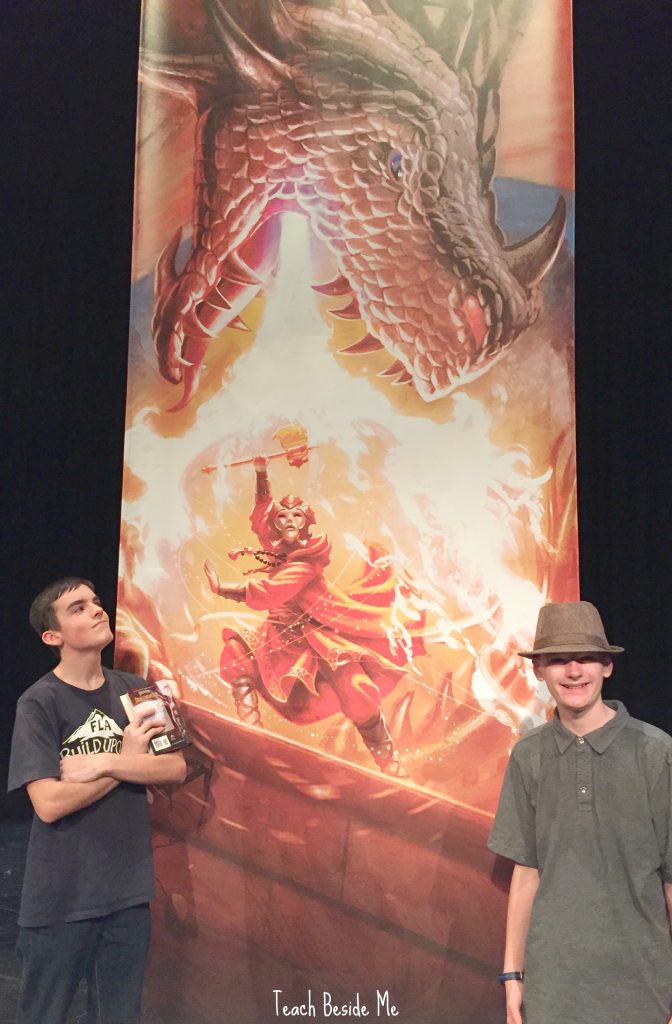 As for the DragonWatch book. . . It has the same characters as FableHaven and is a continuation of that story. My son and I both adored that series so we were so excited about this. Of course, my son got first dibs on the book and was the first to read it. I am now just half way through the book, but I am loving it!  Mull is definitely a creative story teller. He is good at drawing you into his stories quickly and leaving you wanting more. 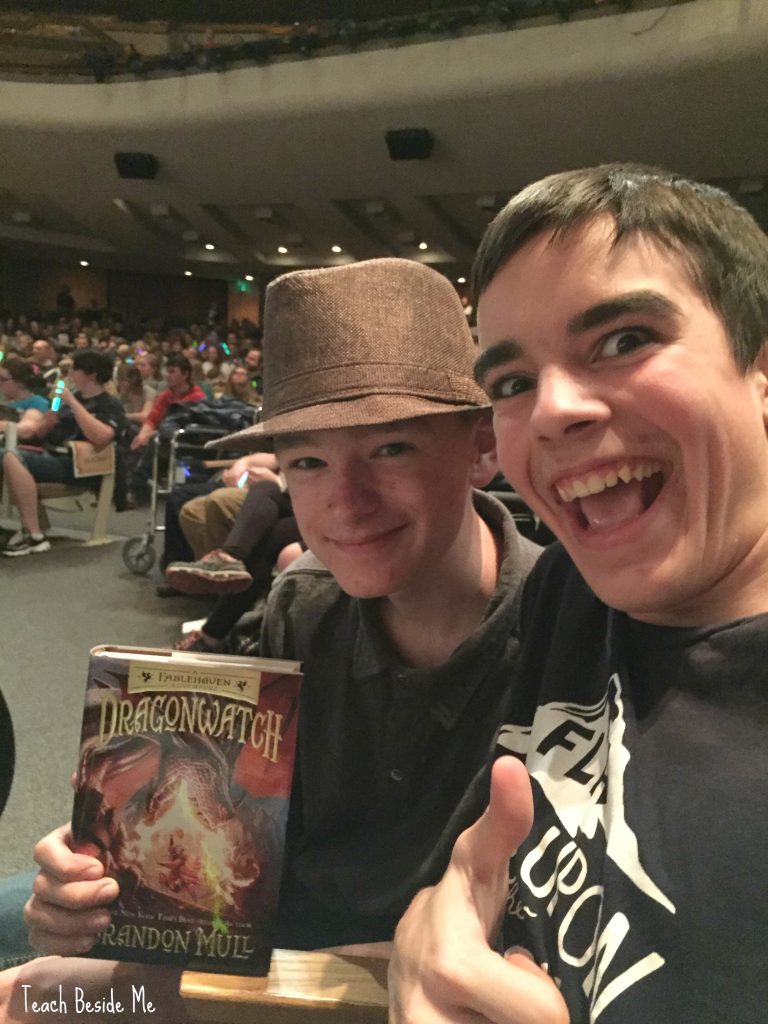 We picked up a couple of copies at the launch and got them autographed by Brandon Mull. That was exciting for my son. He brought a friend along with us who is also a huge fan, so they were pretty giddy about the entire event. 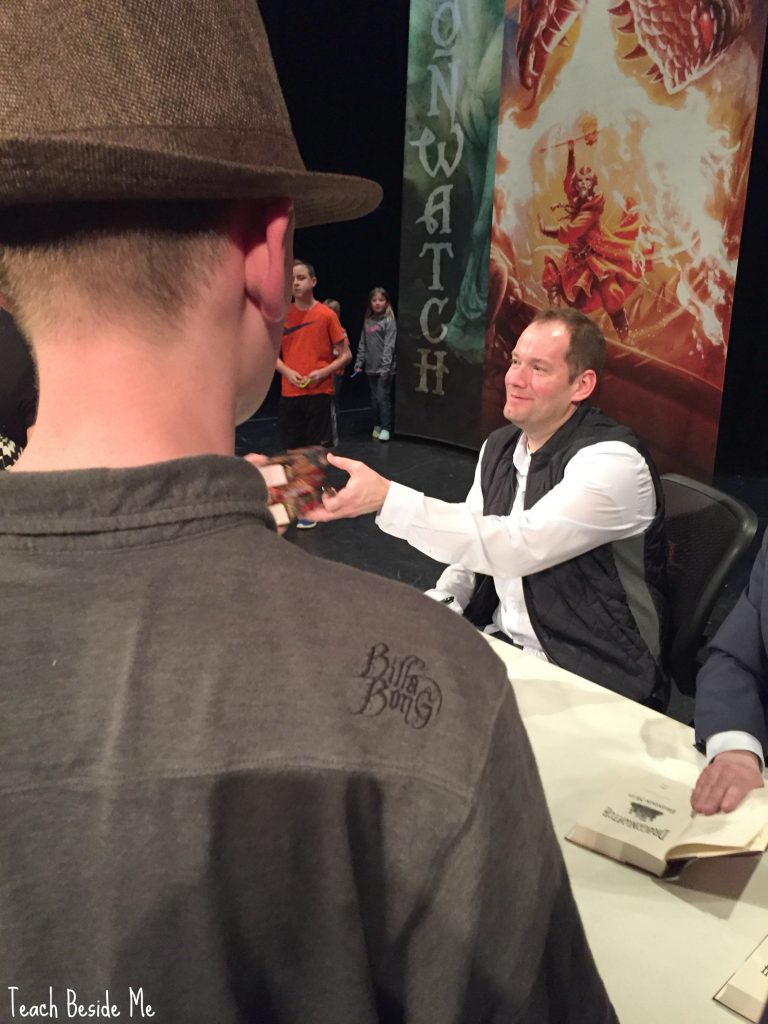