Today I want to show you two really simple fire extinguisher science experiments for kids.  These experiments need just a few basic supplies.  They are really engaging and interesting! You can use them to teach kids the properties of fire and ways to safely extinguish them. 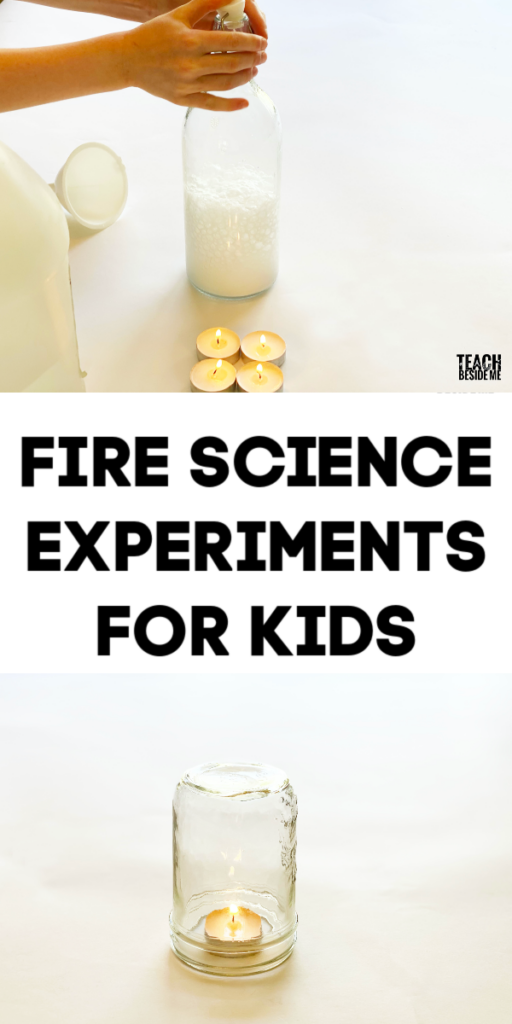 This week I am working on content about community helpers.  This science experiment is perfect when teaching a lesson about firefighters to kids.  It also would be great for a fire safety lesson.

My kids loved these fire experiments.  We did each of them four or five times so they could watch them again and again! 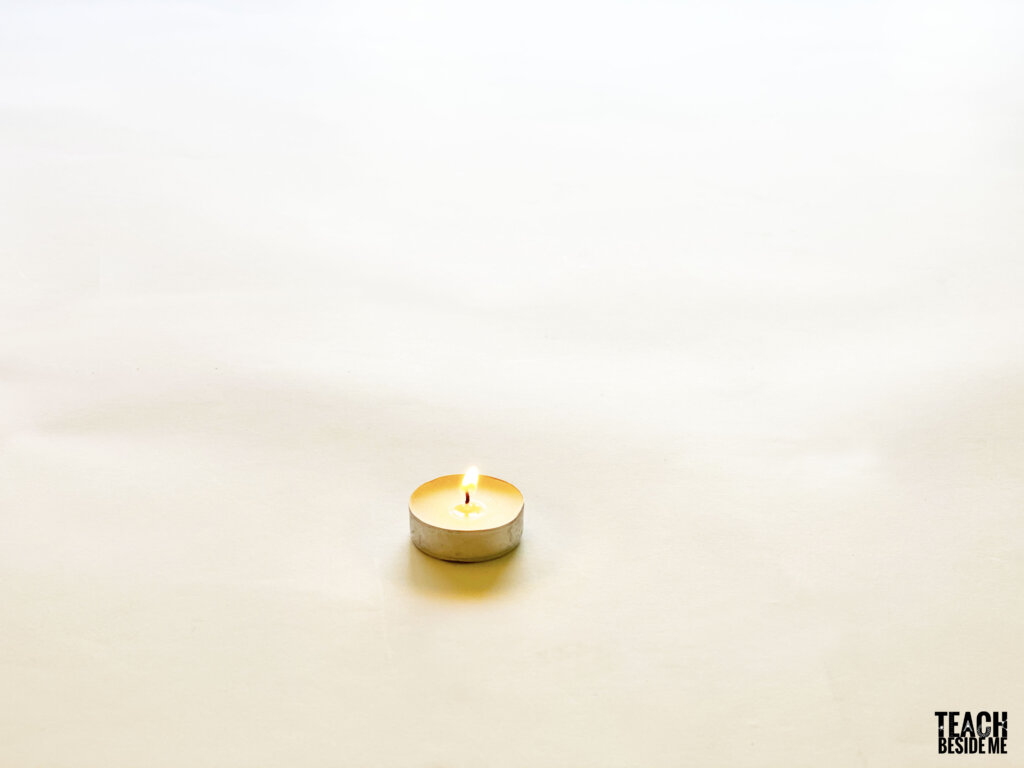 This first experiment is so simple it doesn’t really feel like a big deal. However, kids will be surprised!  All you need is a small tea light candle, some matches and a jar or glass larger than the candle. 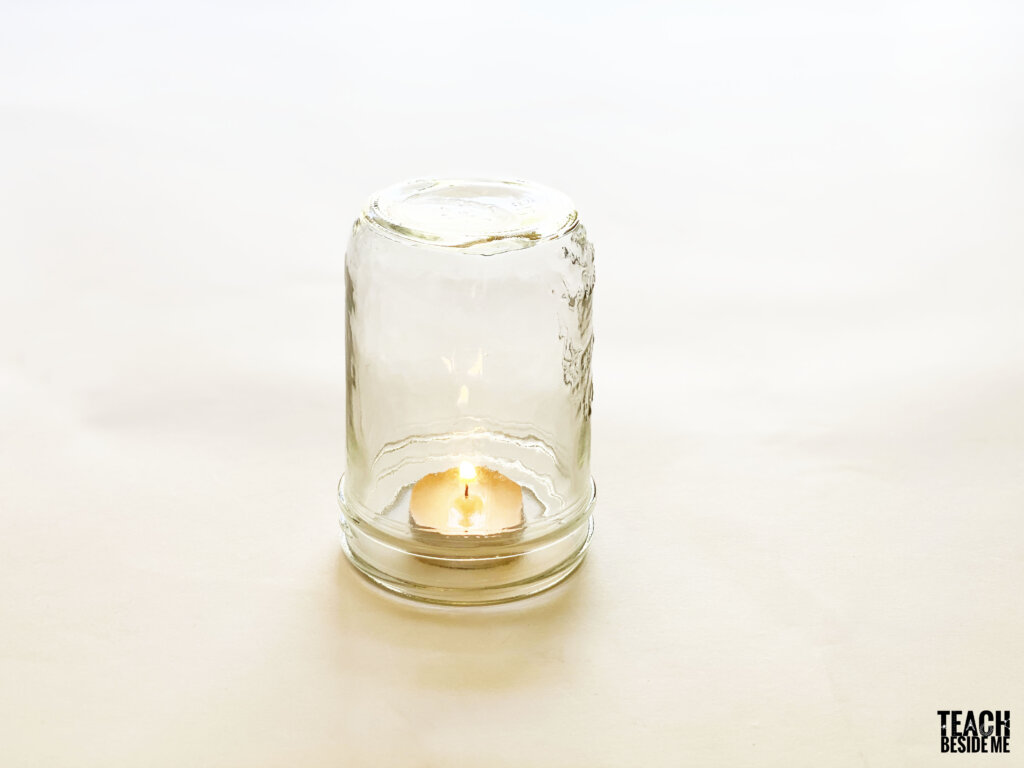 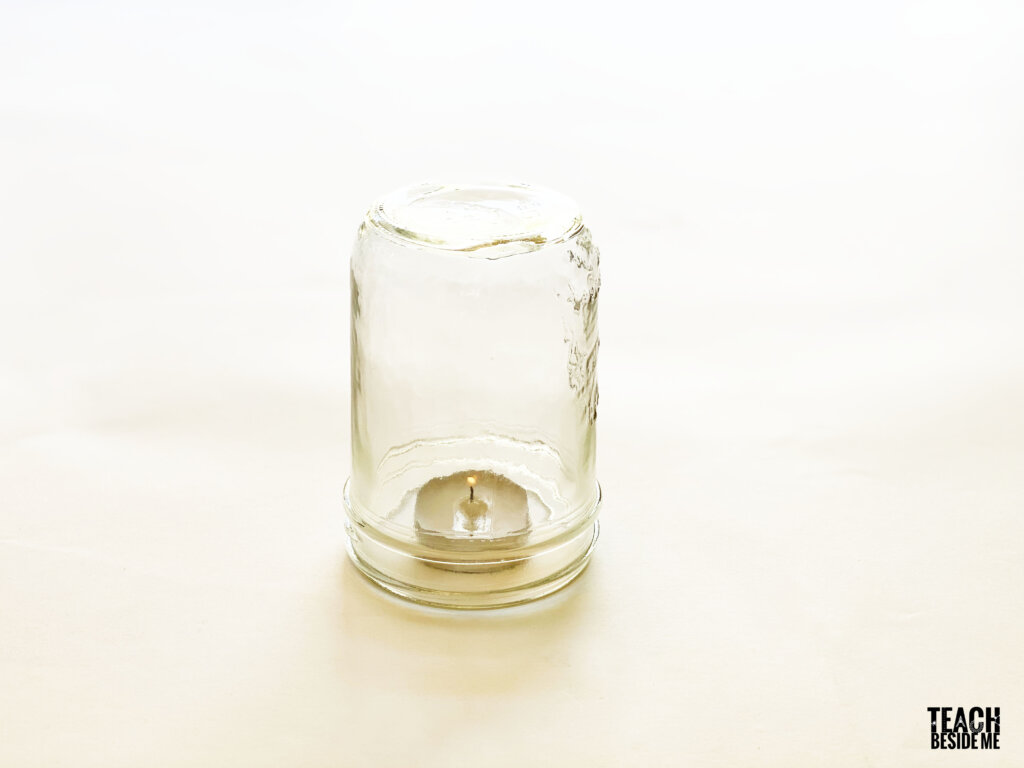 The Science Behind it:

When you put a candle under a jar, there will be a limited amount of oxygen under that jar.  Fire burns on oxygen and when it runs out, it will not burn any longer.  The flame will go out. 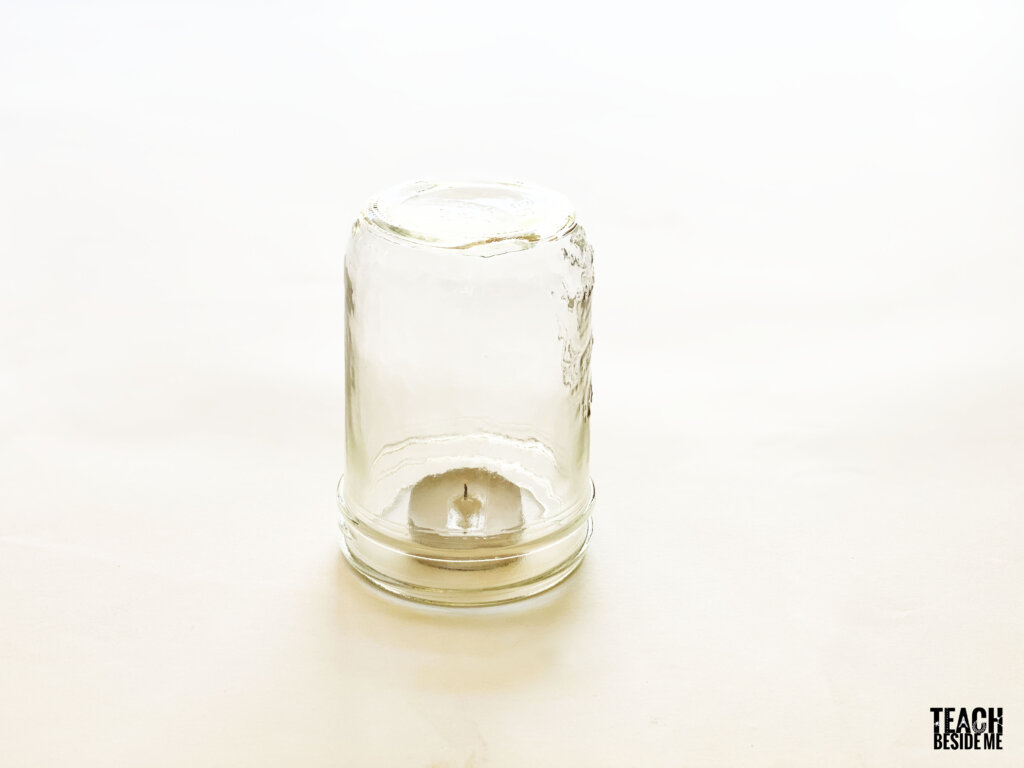 There are several types of fire extinguishers, just as there are different types of fires. Each of them put out fires in different ways.  Some of them smother the fire. Some of them  One way a fire can be put out is with carbon dioxide.  This  type is usually used with electrical fires.  They release carbon dioxide into the air diluting the oxygen and causing the fire to burn out.

This experiment uses carbon dioxide created from the chemical reaction between baking soda and vinegar to put out a fire.

How to Make the DIY Fire Extinguisher: 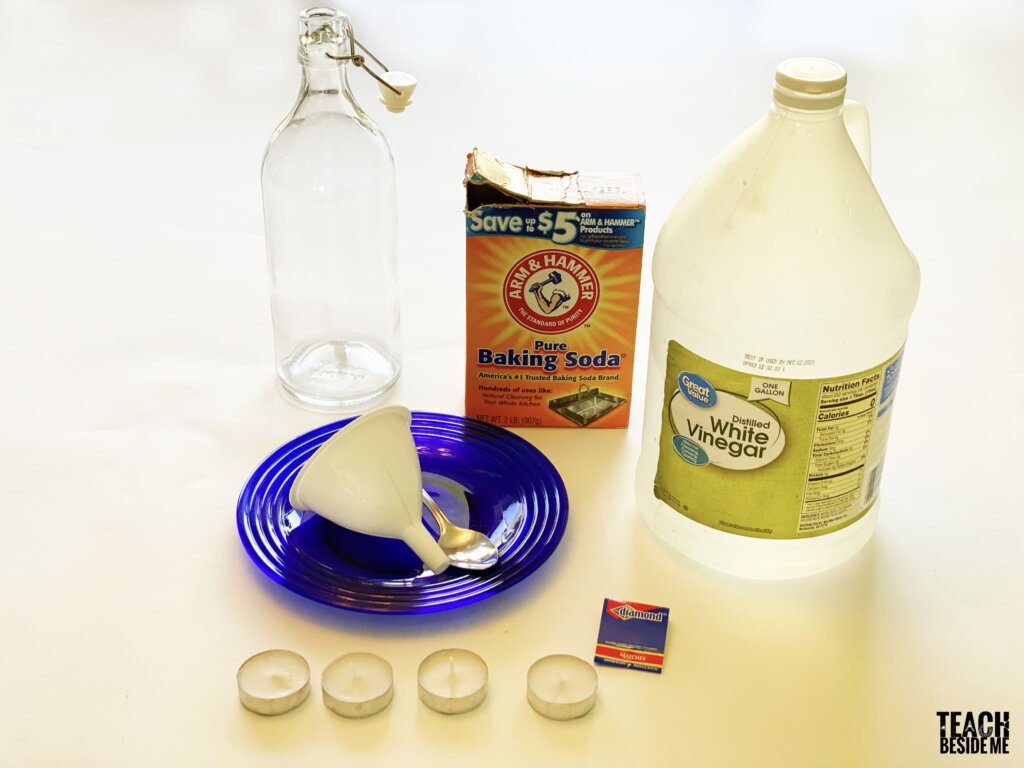 For this experiment, you will need some small tea light candles, baking soda, vinegar, matches, a funnel and a bottle or pitcher with a lid. 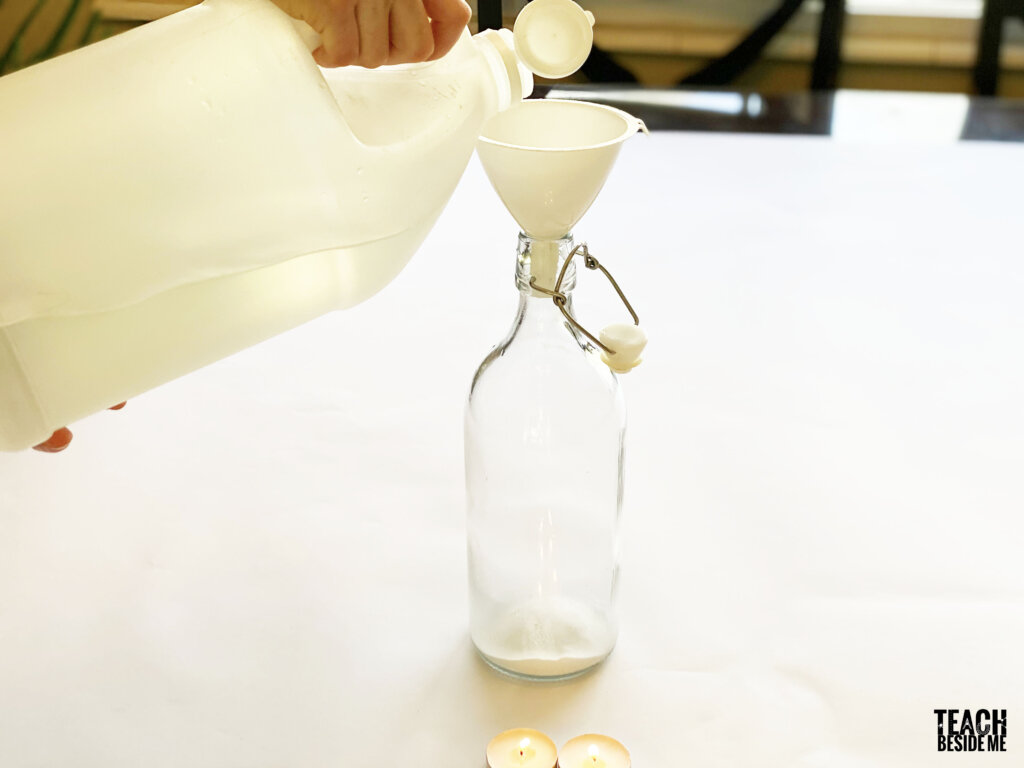 In your bottle, pour in 3 tablespoons of baking soda.  Next, pour in about 1/2 cup of white vinegar. Quickly seal the top of your bottle to seal in the gas created from the reaction. 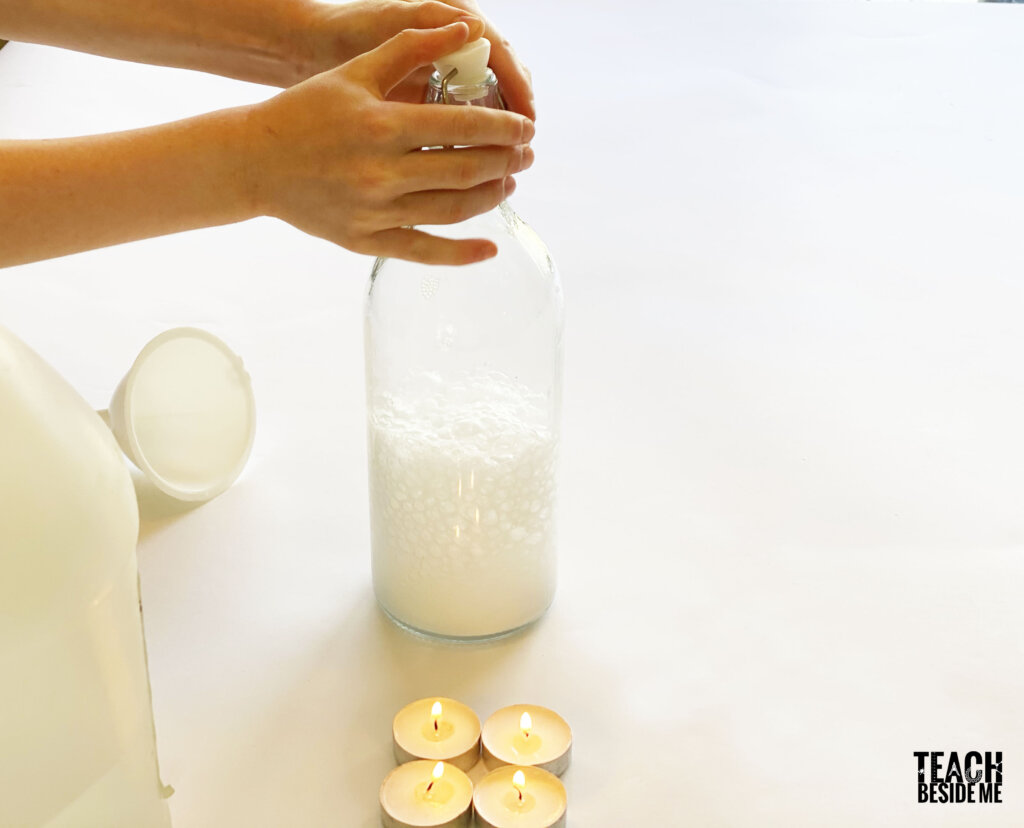 Allow the bubbling from the reaction to stop.  Once it is done bubbling, tip the bottle over and open it while facing the lit candles. It will release the carbon dioxide gas and burn the candles right out! 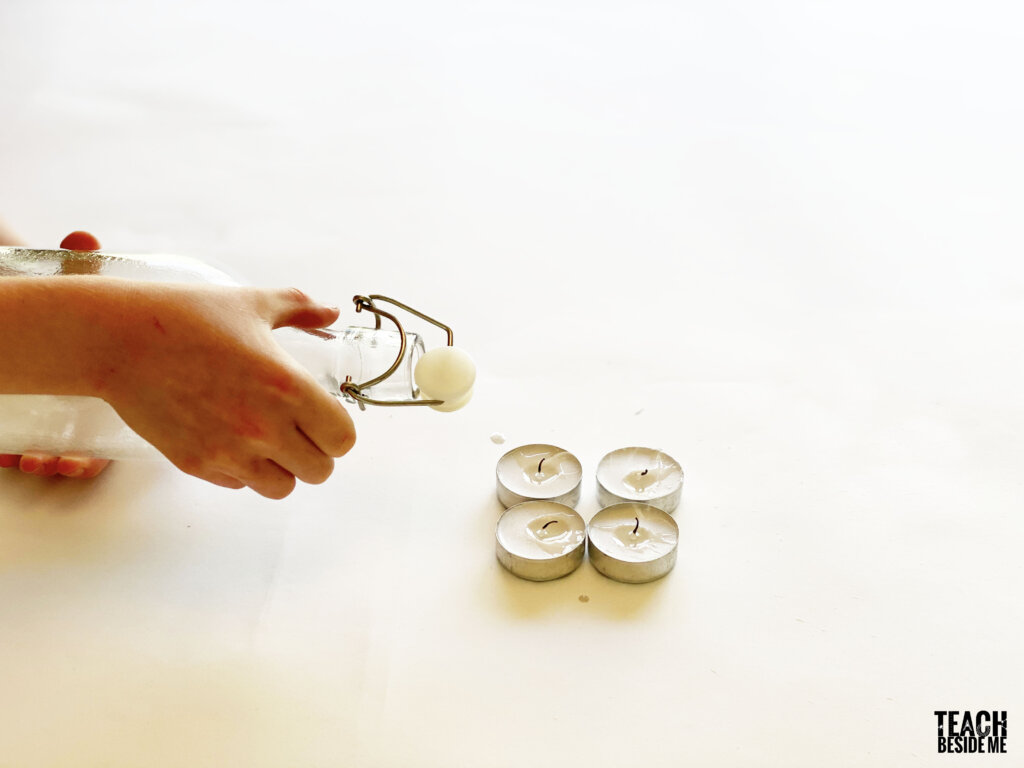 This experiment feels a bit like a magic trick!

The Science Behind it:

Just like the previous experiment, when there is decreased oxygen, the fire will go out.  With this experiment, the carbon dioxide is released pushing away the oxygen and quickly putting out the flames on the candles.