I have been truly enjoying reading the book Mere Christianity by C.S. Lewis this month. This book has been on my to read list for a very long time and I am so happy I finally took the plunge to read it. I had a little incentive, though. I was invited to be a part of a launch team for a fabulous new Mere Christianity study guide called the Critical Analysis Journal by Stacy Farrell. 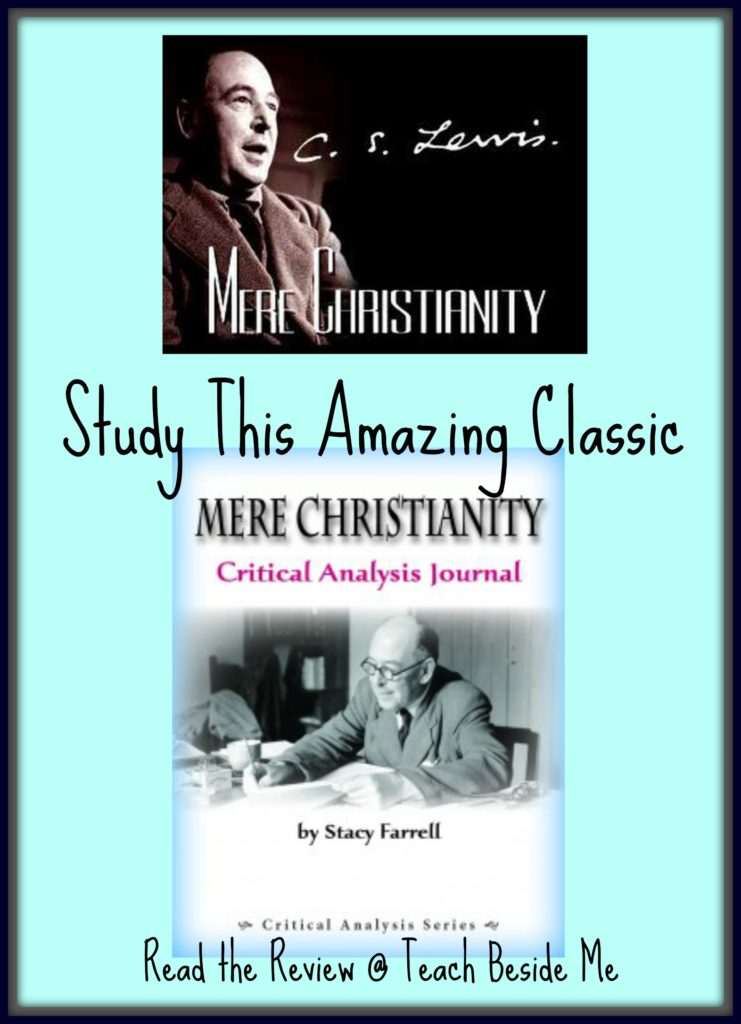 The classic work by C.S. Lewis, known as Mere Christianity is actually a four-book series which explains the common ground upon which all Christians stand. It gives an overview of what Christianity is.  It brings together Lewis’ legendary radio talks broadcast during World War II previously published as: Right and Wrong as a Clue to the Meaning of the Universe, What Christians Believe, Christian Behavior, and Beyond Personality (or First Steps in the Doctrine of the Trinity), and provides the chance for Christians and non-Christians to hear this powerful explanation for the Christian faith. 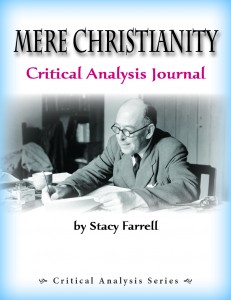 The Mere Christianity Critical Analysis Journal sold through Homeschool Adventure Co., is a wonderful tool to strengthen critical thinking while building a biblical worldview. Although it was originally created to be a companion resource to Philosophy Adventure (another book by Stacy Farrell), it may also be used independently as group or independent study for teenagers or adults.

This study guide provides 10-16 thought-provoking questions for each chapter which can be discussed in:

The Critical Analysis Journal is a great way to help you really delve into Mere Christianity and not just read it. Mere Christianity is a book that needs to be thought through and really studied.  It will be a much better reading experience if you push yourself a little through the reading to it!  I have really enjoyed using this guide and stretching my mind. The book Mere Christianity is such a wonderful resource. I love how Lewis is so clear on his explanations. The Critical Analysis Journal really is a wonderful tool for anyone wanting to learn more and study it more. I can see this being a wonderful resource for high-school aged kids doing a literature unit or even for couples reading the book together!

If you do not own the book yet, you can download a free eBook copy of Mere Christianity HERE.

Learn more about the author, Stacy Farrell on her blog — On Loving Jesus

You should definitely check it out!!! Get a great discount right now, too! 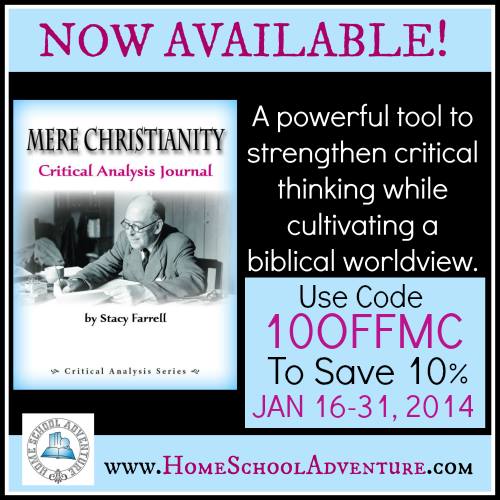