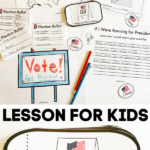 Want some fun ideas to help your kids be involved in the elections?  Today I have a presidential election voting lesson for you. I’ve been excited to share this one! 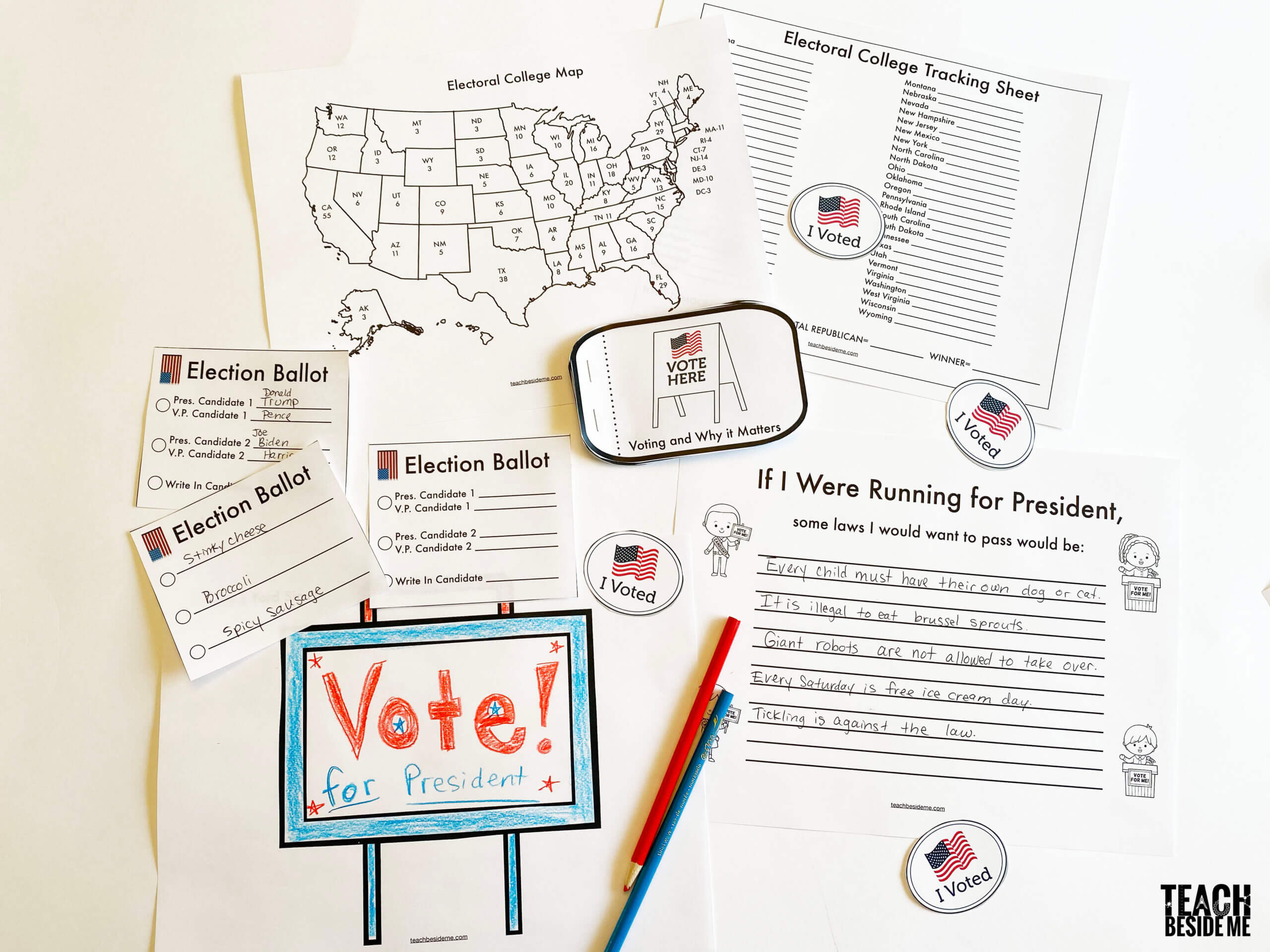 We have a presidential election coming up in just a few weeks. I know it’s impossible not to know about this one!

I’ve always been very involved in politics and love following the election process. I got to be intensely involved in a presidential election a few terms back when a close relative ran for president. It was such an amazing process and I learned so much from it. It taught me, even more, the importance of doing your own research and being well informed.

I remember a school project I did in middle school on the elections. Back then, I was infatuated with Ross Perot! I wanted him to win, despite my parents telling me there was no chance! 🙂

I collected all of the news clippings and political cartoons and made this awesome election scrapbook. I love how passionate I was about it back then.

Getting kids involved in the process, learning about the candidates, following the stats on election night, reading about the process, etc., can get kids interested and excited and help them learn the importance of the whole thing.

When is the Presidential Election?

The United States Presidential Election is always the first Tuesday in November. It happens every four years.  This year, 2020 it is November 3rd.  With many places doing mail-in ballots this year, though, lots of people have already voted or will be voting in advance of this date.

Teaching Kids About the 2020 Presidential Elections

The primary elections happen in March typically on a day called Super Tuesday.  Not all states not on Super Tuesday, they each have their own selected dates, but a large percentage of them do. This day is when we typically discover who our candidates will be. This year’s primaries were disrupted quite a bit by the virus, like most of life…

This year, we have a battle between President Donald Trump, the Republican incumbent with vice president Mike Pence and the democratic party candidate is Joe Biden, with Kamala Harris as the vice presidential candidate.

Usually we can stay up late and watch the votes for president roll in on TV. We can see which way the battleground states swing and and tally up the electoral college votes. We can see if the popular votes match up with the electoral votes, they often do not. This year, that’s not likely to be the same. It will be interesting to see how everything plays out.

There are many heated topics being discussed and battled out this year including a Supreme Court Justice nominee, social justice issues, lots of violence and unrest, large natural disasters, voter fraud concerns, high unemployment, the Corona Virus, and more! I’ve never seen an election year quite like it. It’s been a wild ride.

What’s included in my voting lesson? It’s so much fun and I am excited to use it with my kids in the next few weeks. 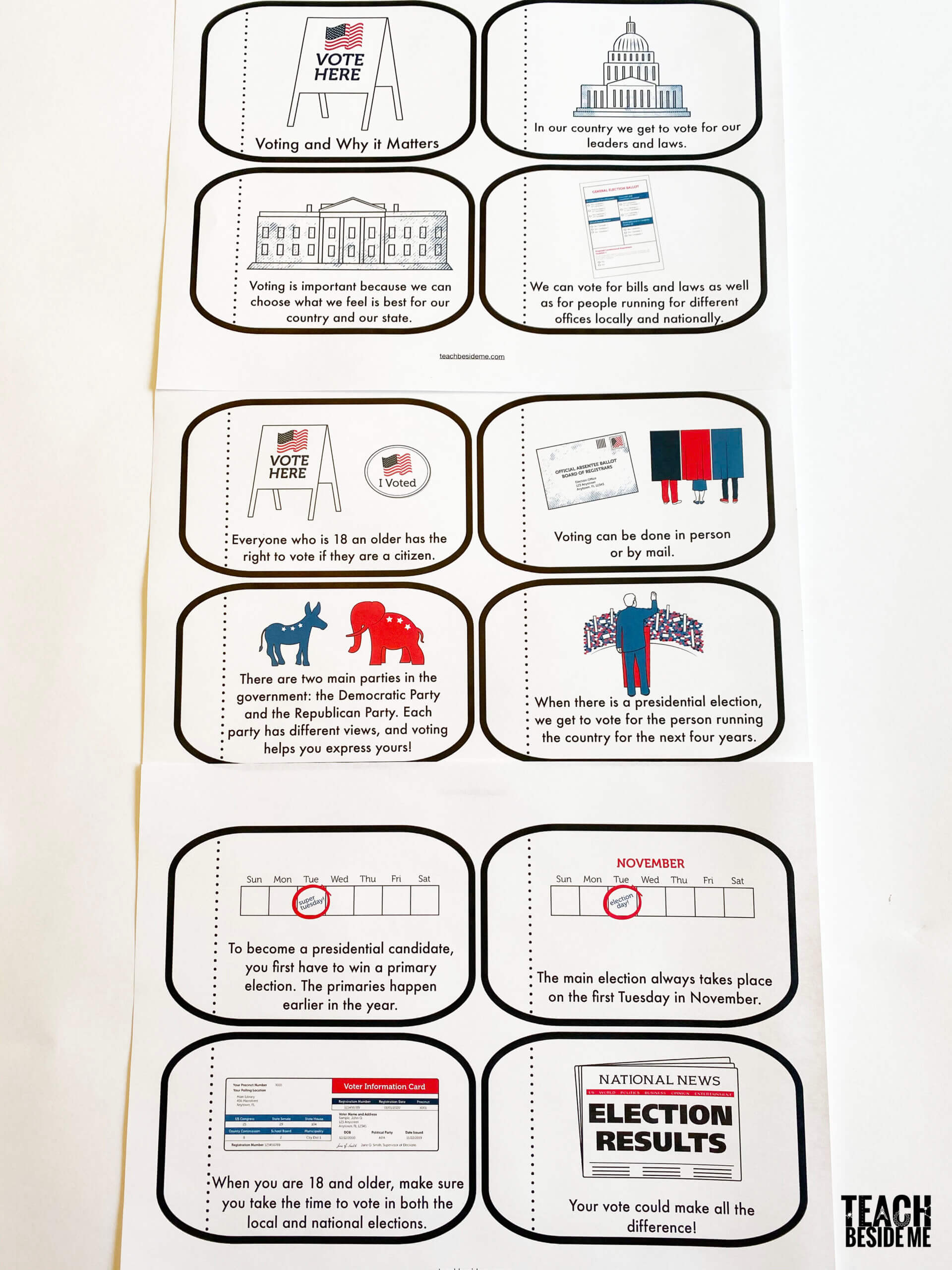 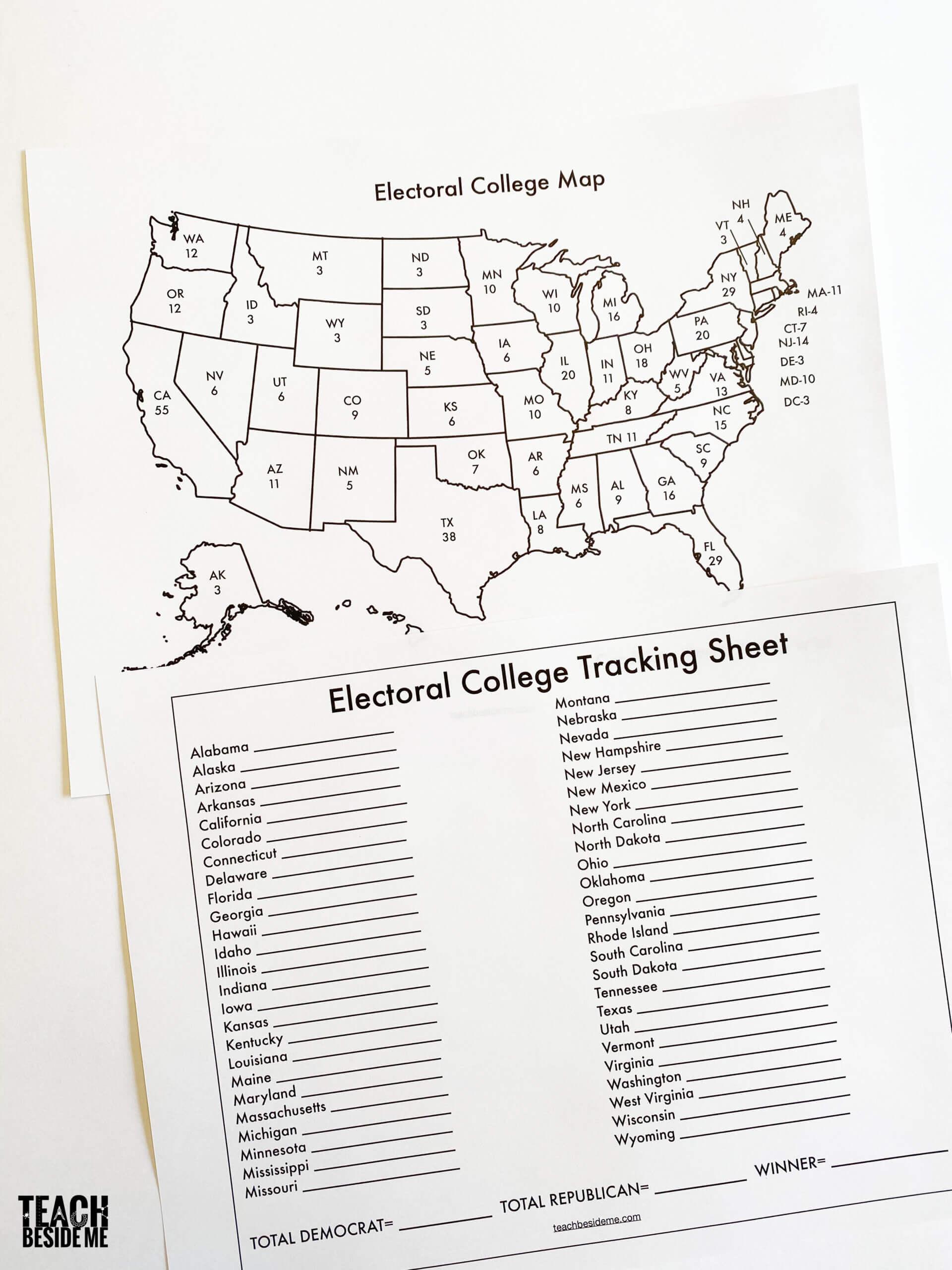 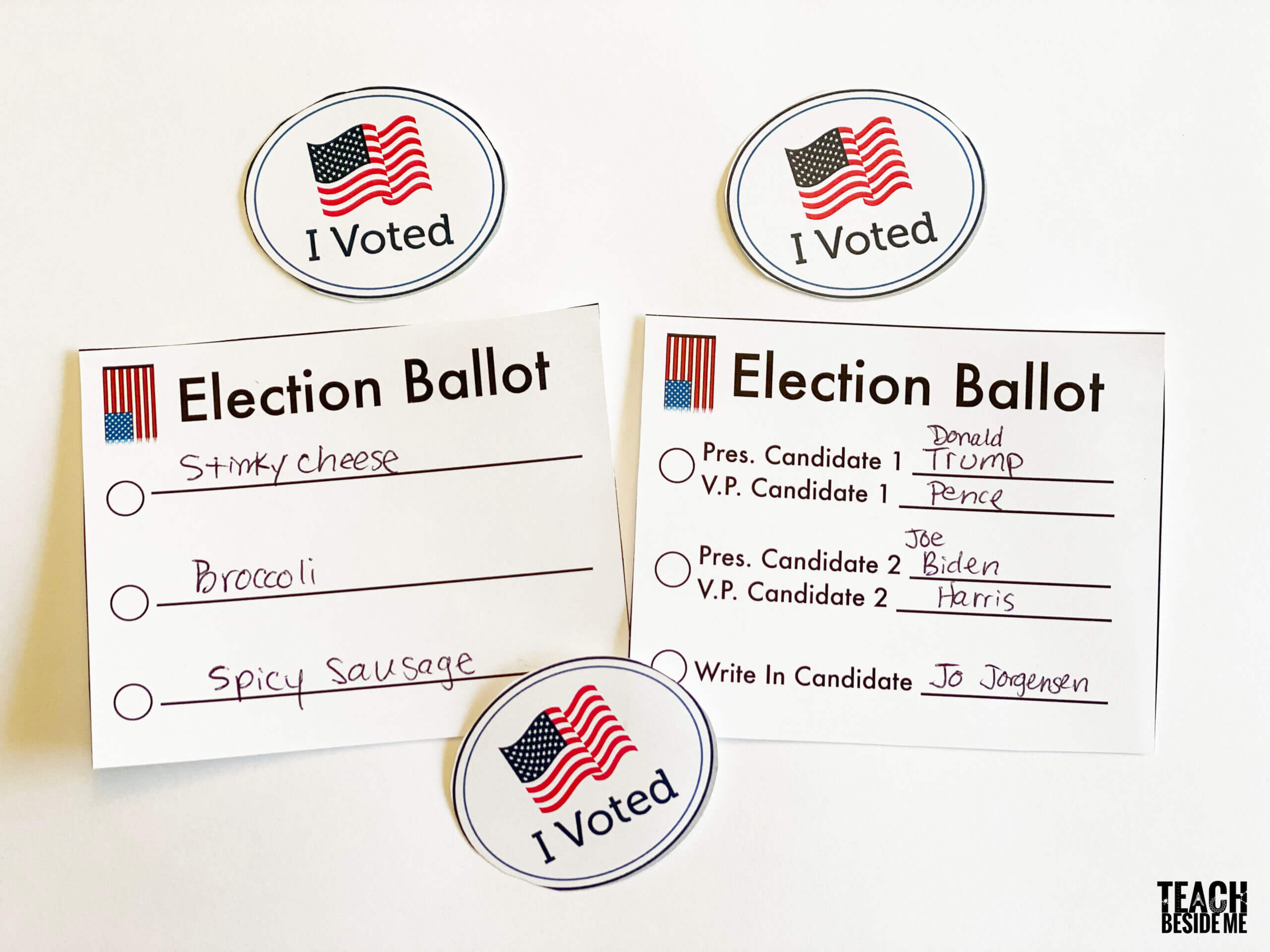 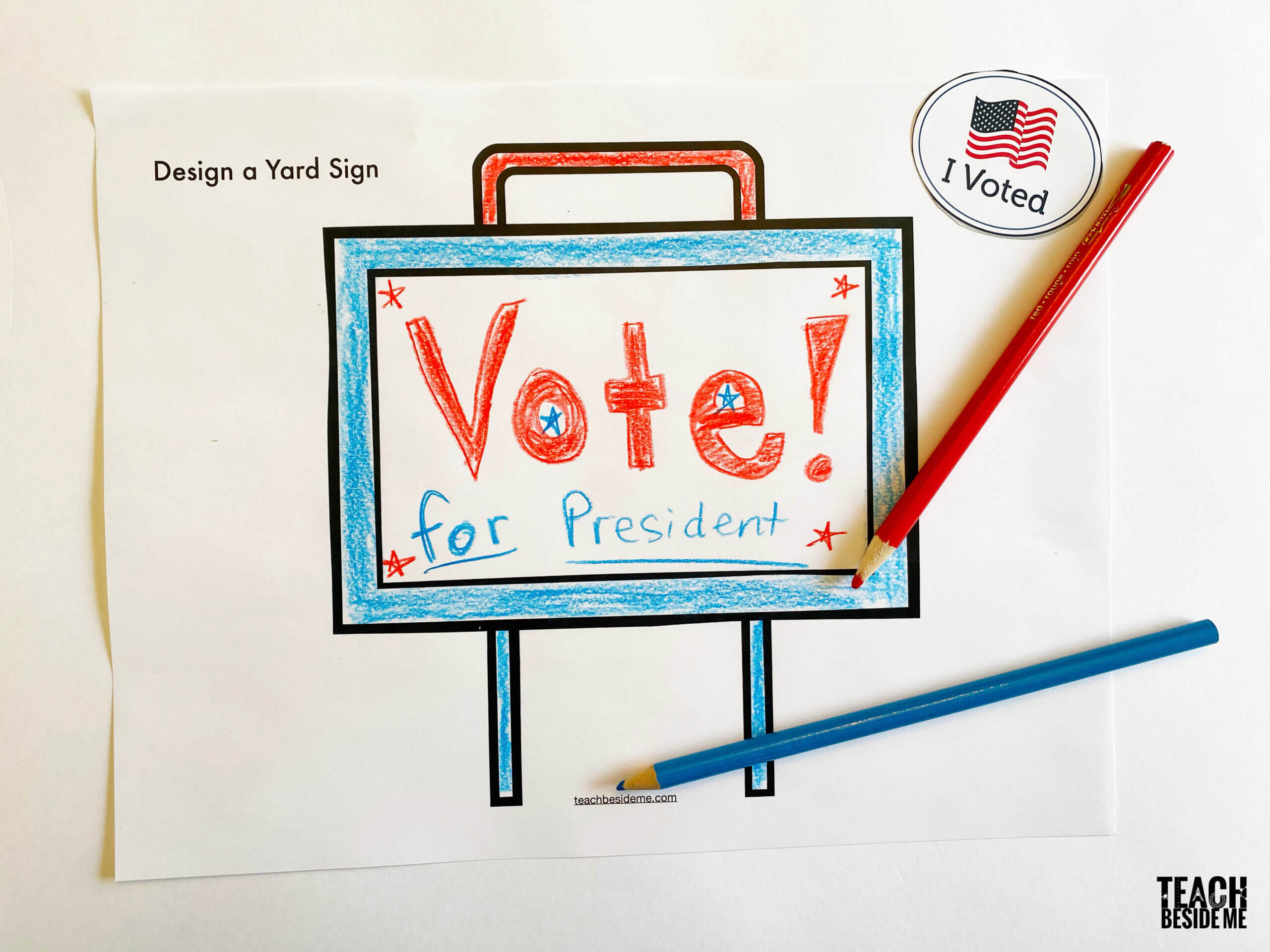 ALSO: Check out my presidential election game Race to the White House!

This Voting Lesson is available in my shop for purchase!

Books About Voting for Kids

Extend the voting lesson by reading a book or two about elections! Here are some great ones that my kids and i have enjoyed over the years. 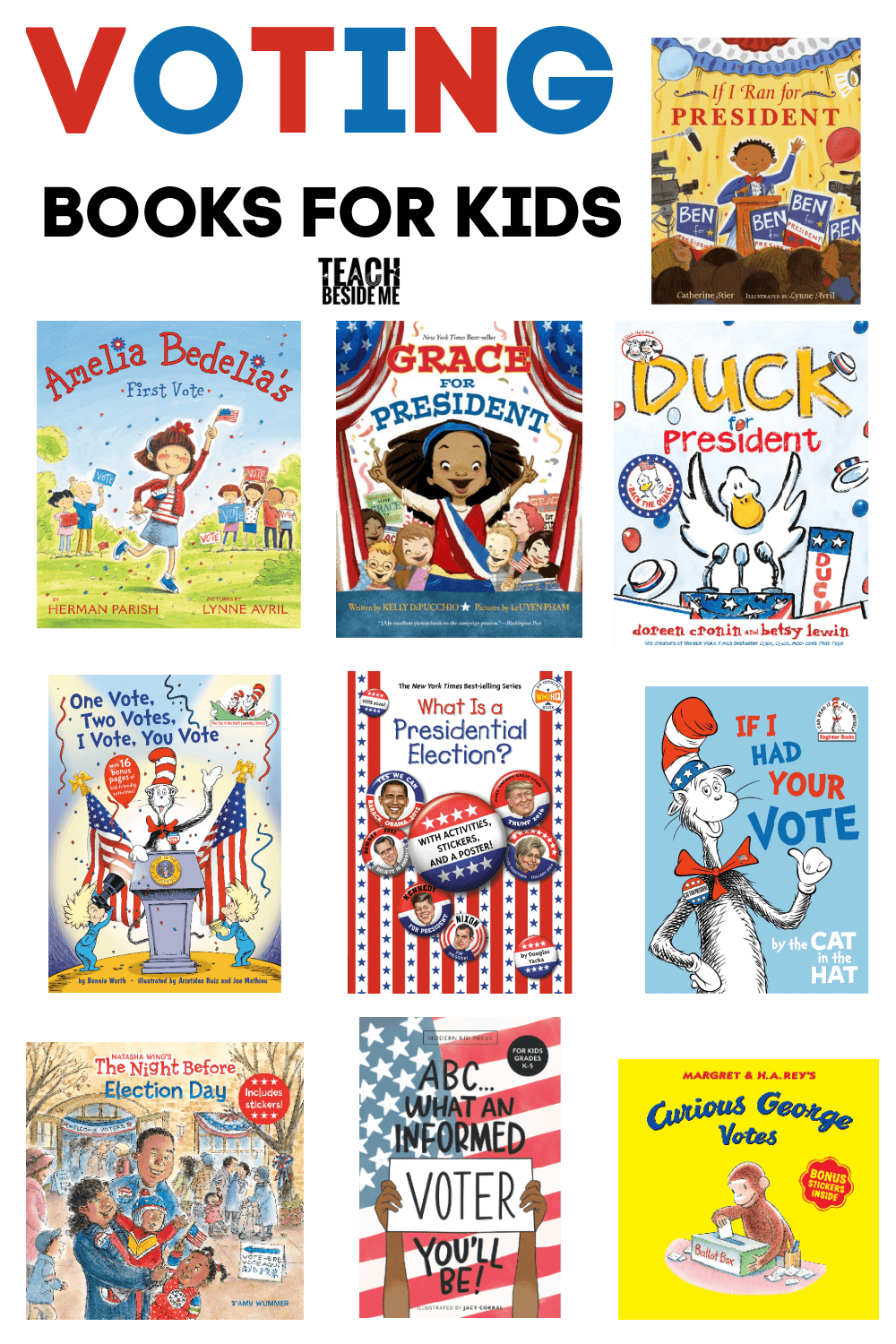 If I Had your Vote by The Cat in the Hat

The Night Before Election Day by Natasha Wing

Grace for President by Kelly DiPucchio

If I Ran for President by Catherine Stier

Duck for President by Doreen Cronin

What is a Presidential Election by Douglas Yacka

One Vote, Two Votes, I Vote, You Vote by Bonnie Worth 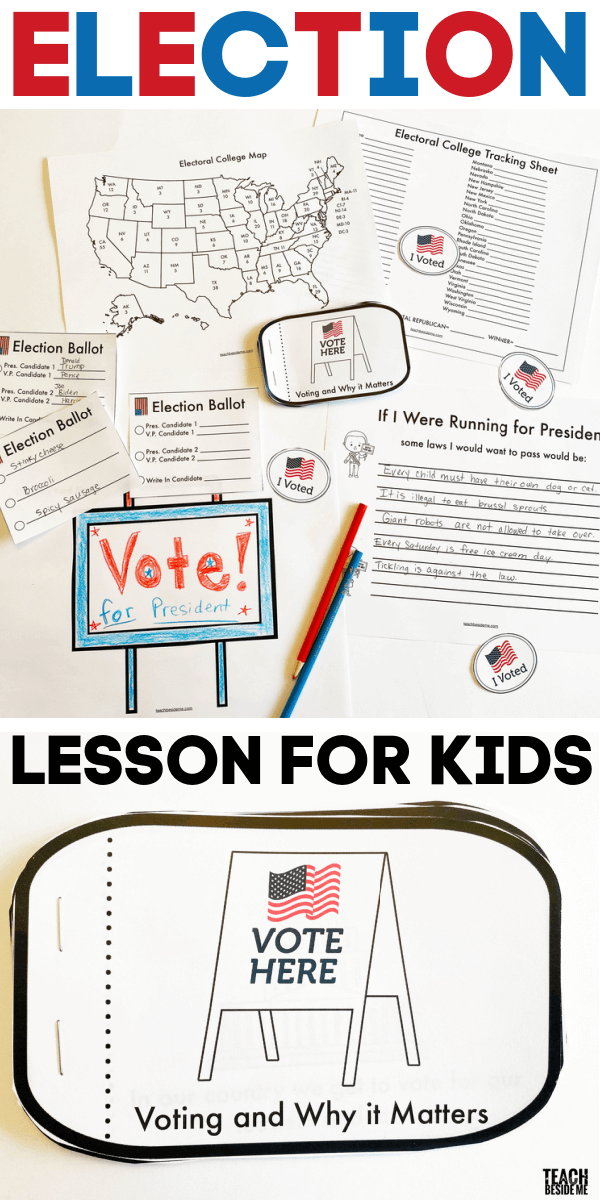