Should we teach foreign languages to kids?  What do you think?

I did not begin learning a foreign language until I was in middle school. Most of the time foreign languages are not taught in school until this time. I studied Spanish in middle school, high school and college. I am not fluent, but can remember tons of vocabulary.  In our homeschool we have been learning Spanish since the very beginning. I love teaching it to my kids and studying it along with them. So, why is it important to teach foreign languages to kids at an early age versus when they are older? 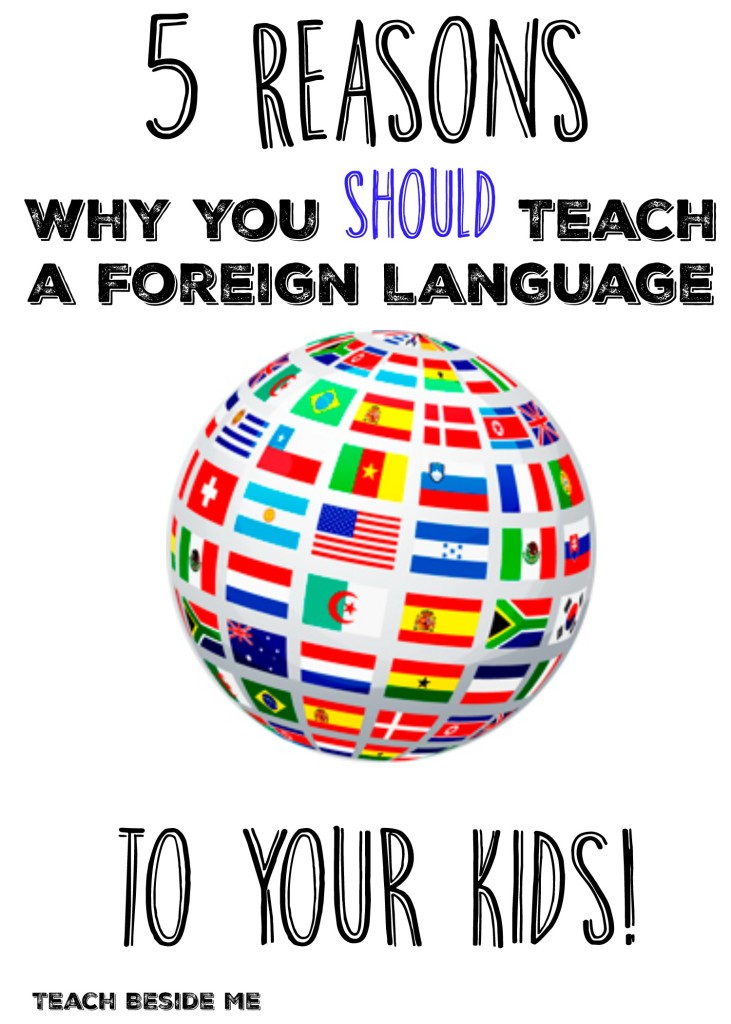 Why Teach Foreign Languages to Kids?

How to Teach Foreign Languages to Kids

When teaching foreign languages to kids, they do not need to be formal lessons, but more playful. Younger kids learn best this way. Immersion is an even better way for them to learn!  If they are hearing it spoken, they will pick it up so quickly! There are lots of schools doing immersion programs in Elementary schools now.  Since we homeschool, we do not have that option.

We have been using a fun program called Foreign Languages for Kids. It teaches kids Spanish in an immersion format. They are videos that speak only in Spanish, but are focused on teaching young kids. I shared a review in a previous post. It has been such a fun program for my kids to use this school year. What I really love about it is that it is interesting to my kids and teaches them in a way that engages them.

I think that is really the key to teaching young kids a foreign language.  They need not be bored, but engaged. They need a reason to want to understand the words that they are learning. In the video format, the kids have to think through what is being said, but the visual portion immediately helps them understand the vocabulary! Also, the lessons are not too long.  Kids cannot typically focus on something for too long, so shorter lessons work best.

Are you teaching your kids a foreign language?  What benefits have you seen because of it?