My 5-year-old daughter has been begging me to learn how to sew lately.  I have been sewing for years and it has apparently influenced her desire to learn.  She told me that she has to learn to sew and cook to be a good grown-up.  I love that…  So, I have been thinking of ways to teach her some very beginning sewing.  It is such a valuable skill to know.
My mother-in-law recently gave me some little mesh plastic craft circles.
You can also buy this stuff in large sheets. 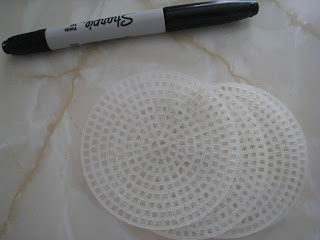 I drew little pictures on the lacing circles with a permanent marker. 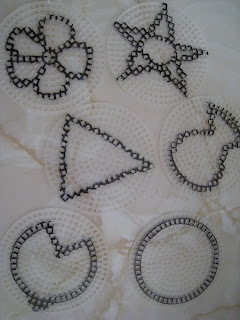 I found some plastic needles and lacing strings on Discount School Supply
(my absolute favorite place to buy school supplies!) 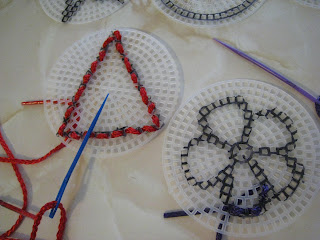 She has been using these nonstop since I made them for her.  She LOVES them! 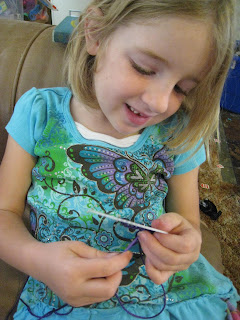 Another fun thing to do is to make a little homemade purse.  We did this with craft foam and yarn.  I put two rectangles together and hole punched them.  My daughter wove through the holes and we tied it together at the end.  She also decorated her purse when she was done sewing it.  It was so simple! She also had lots of fun with this one. 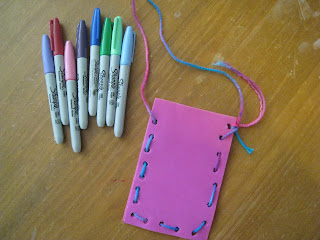 I also helped her sew a small fabric bag.  I have some jumbo needles and I threaded them with embroidery thread, so it was easier for her.  If you place the two pieces of fabric together (right sides facing each other) then sew around, except for one side, it makes a little bag.  She uses it to hold some of her little toys.  She is so proud of the fact that she really made it on her own. 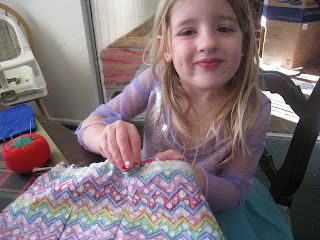 We will eventually get to some beginning cross stitching, too.  But her had is not quite steady enough for that.  For now we are starting with the very basics.  It is fun to see my daughter taking an interest in something I also enjoy.
Learning with Play
Simple Fairy Crown Craft