These week we have been learning about the science of air.  There are some really fun and simple science experiments you can do related to air.  My kids loved these & it helped them understand so much! Every one of them was too fun to try just once.  They kept asking- “Can we do that again?”  And since they are so easy, it is nice to say yes! 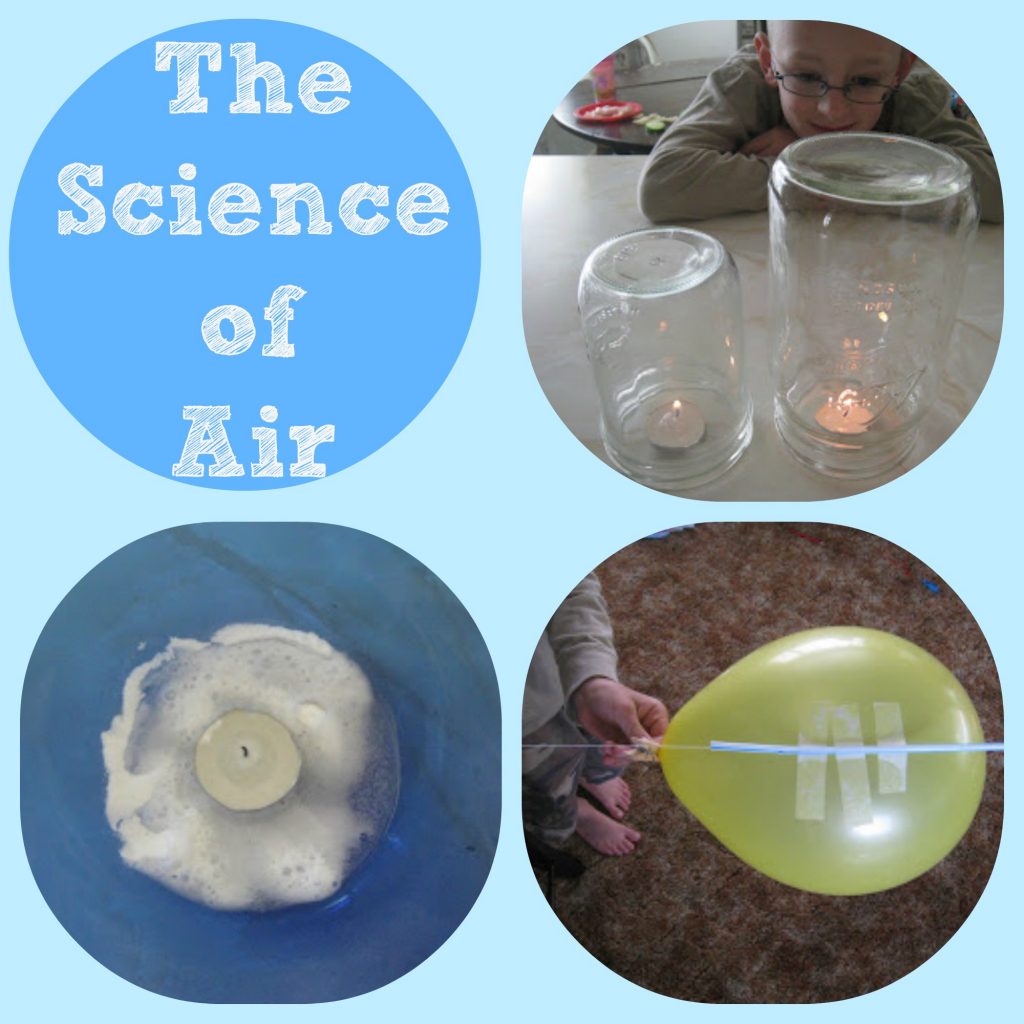 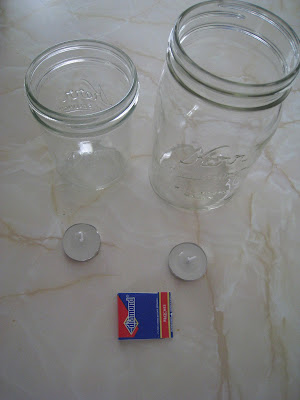 The first one we did was a candle burning experiment.  We got 2 jars/ glasses of different sizes- a large one and a small one.  We lit two small candles and set them under the glass jars and watched them to see what would happen. 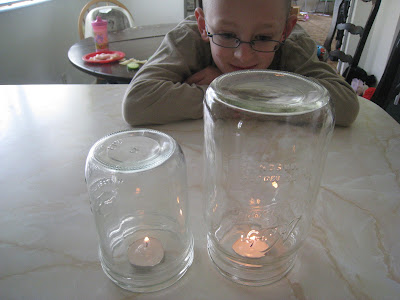 The first one to burn out was the one under the small jar…then the other burned out soon after. 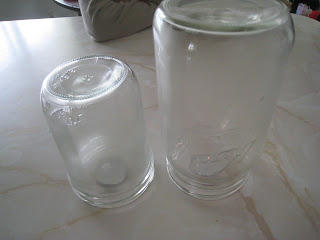 My son picked up on it really quickly that it was because they ran out of oxygen to burn. The one under the smaller jar ran out sooner because there was less oxygen trapped in there. (This is a good lesson to teach about putting fires out, too.  If you smother a fire with sand or a thick blanket, it can be extinguished.)

The next experiment was similar, but we put the candle into a bowl.  We sprinkled a little baking soda (1 Tbsp) around the edge, then slowly poured vinegar around (1 Tbsp). 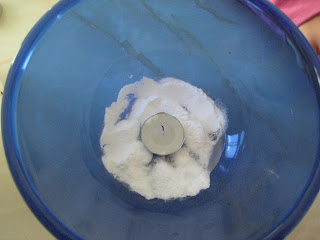 We know the reaction that baking soda and vinegar make.  Vinegar is an acid, and baking soda a base, so they react to make a gas.  The gas that they make is carbon dioxide.  Carbon dioxide is heavier than air so it sinks under the oxygen.  This makes the candle run out of oxygen to burn and it burns out.  My kids also wanted to try this one a few times. 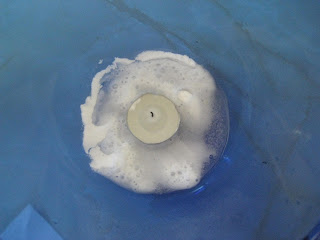 The last one we did was the favorite!  We made a balloon jet!  This is so fun and easy…my kids wanted to do it over & over & over again.

Get a long string and thread a straw through it.  Put two chairs spread out with the backs facing into each other.  Attach the string to the two chairs and pull it tight.  Blow up a balloon and don’t tie it. 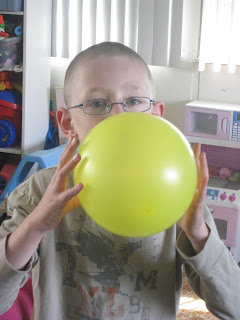 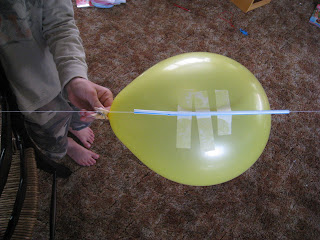 Have someone hold it, or close it with a clothespin.  Tape the balloon to the straw.  Let go and the balloon will race across the string to the other chair.  The air leaving the balloon pushes the balloon forward like a jet engine. 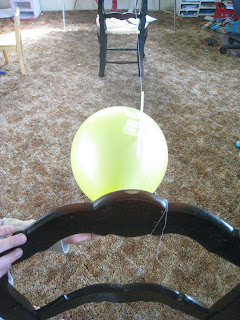 Have fun experimenting with air!