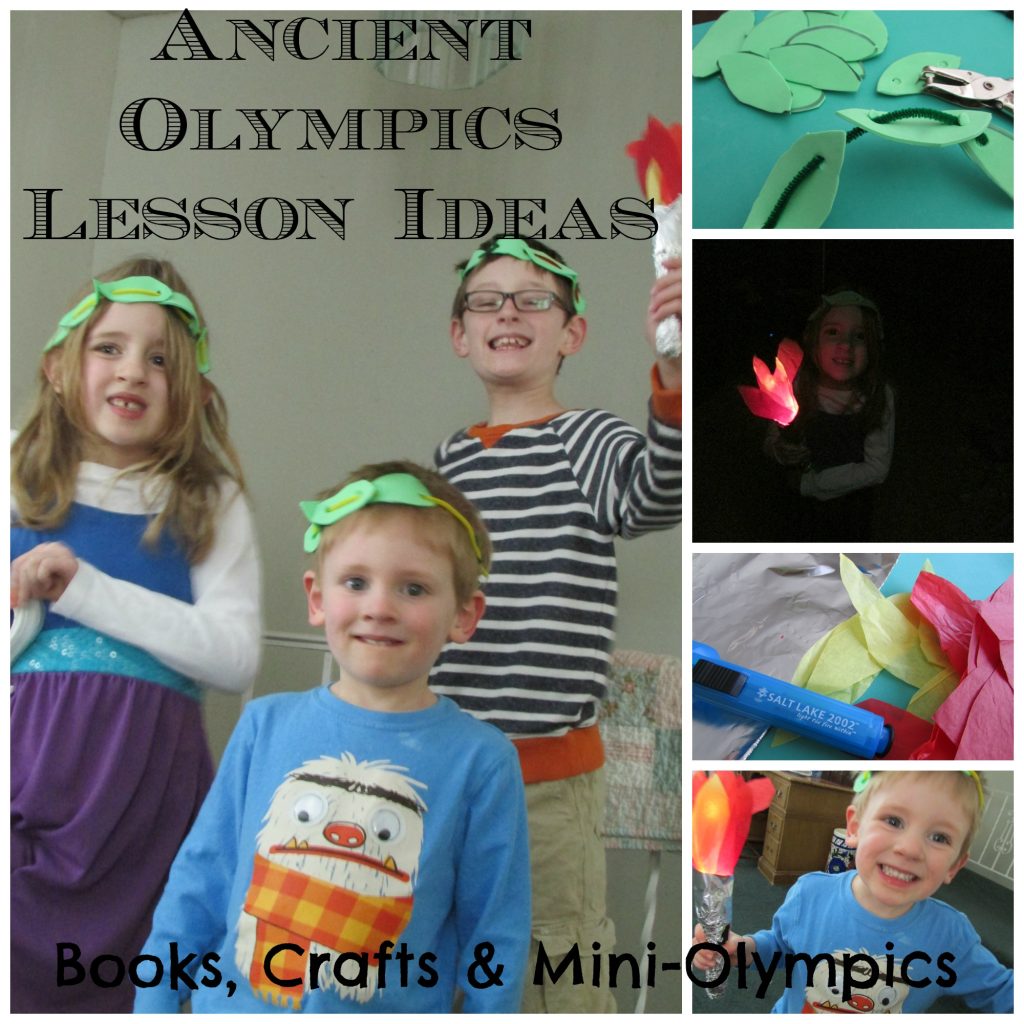 Do you know the history of the Olympics?  They began in 776 BC in Greece to honor Zeus and the Greek gods. They were celebrated every four years (or an olympiad). The different Greek city-states participated by sending athletes to compete. If there were any city-states at war with one another during that time, there was an Olympic Truce called. Only freeborn Greek men were allowed to participate. The winners received olive leaf crowns.

Books for Kids on Greek Myths:

We have several favorite books on Greek Myths. My son has always really enjoyed reading about this topic. 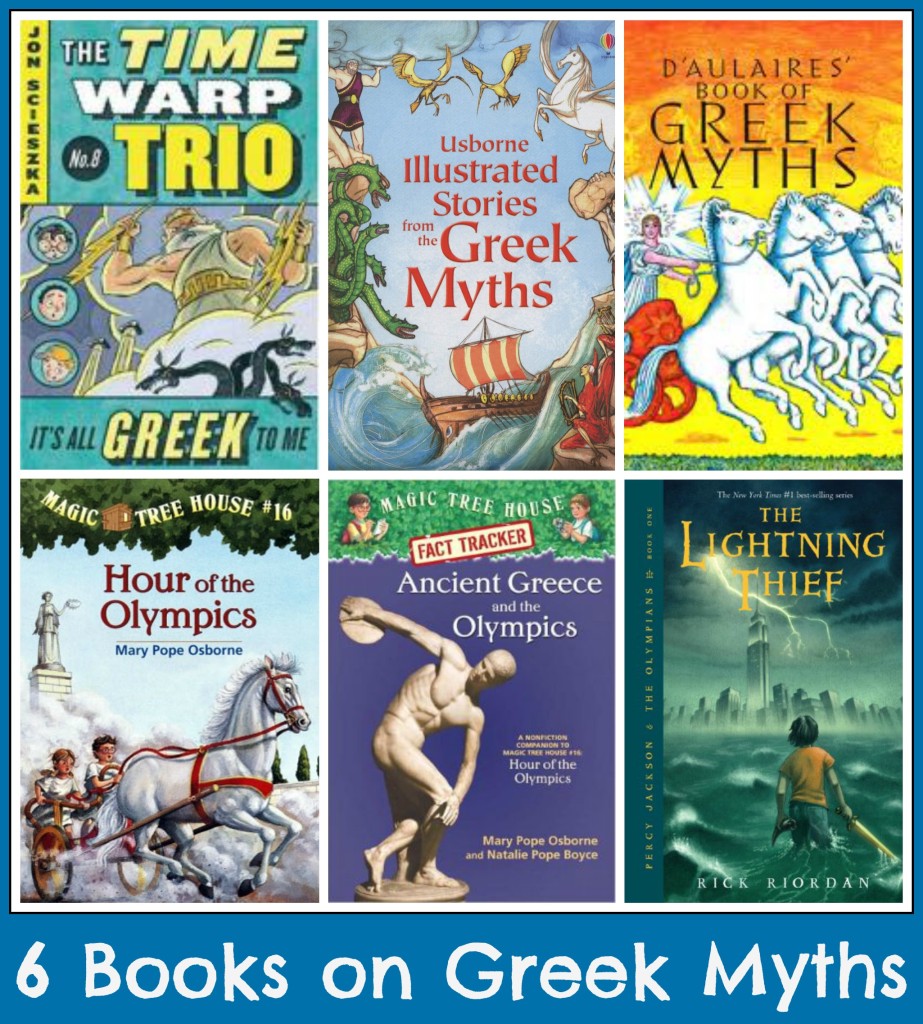 D’Aulaire’s Book of Greek Myths is a big favorite around our house. We have had it for years & my son loves to read & re-read it. We have been reading that book again as a family this month and really enjoying the silly stories of the mythological Greek gods.

Time Warp Trio #8 It’s All Greek to Me

We made some fun olympic crafts to go along with our studies. 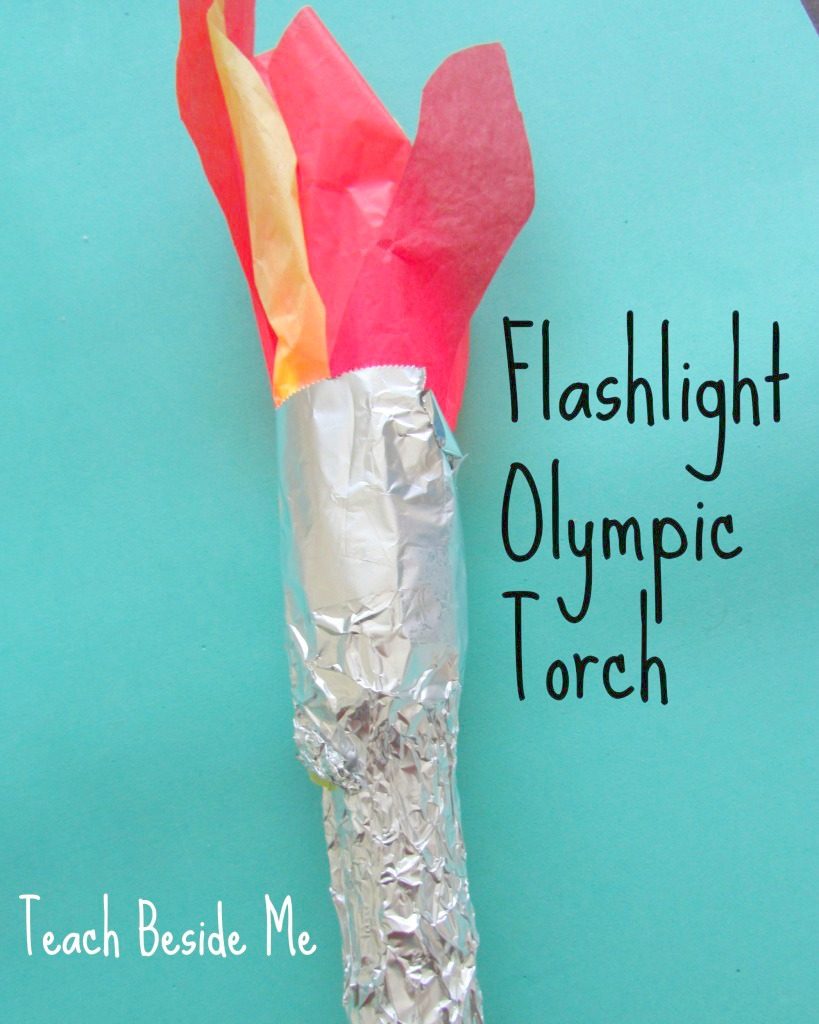 We made a fun and easy olympic torch craft. We pulled out a flashlight and some tissue paper. Cut the tissue paper into flame shapes and tape onto a piece of foil. Wrap the foil around the flashlight.  I tore a little hole in the spot where the switch is so it can be turned on and off. The kids LOVED playing with this. They ran down into the dark basement to try it out and had so much fun doing their own little torch run! 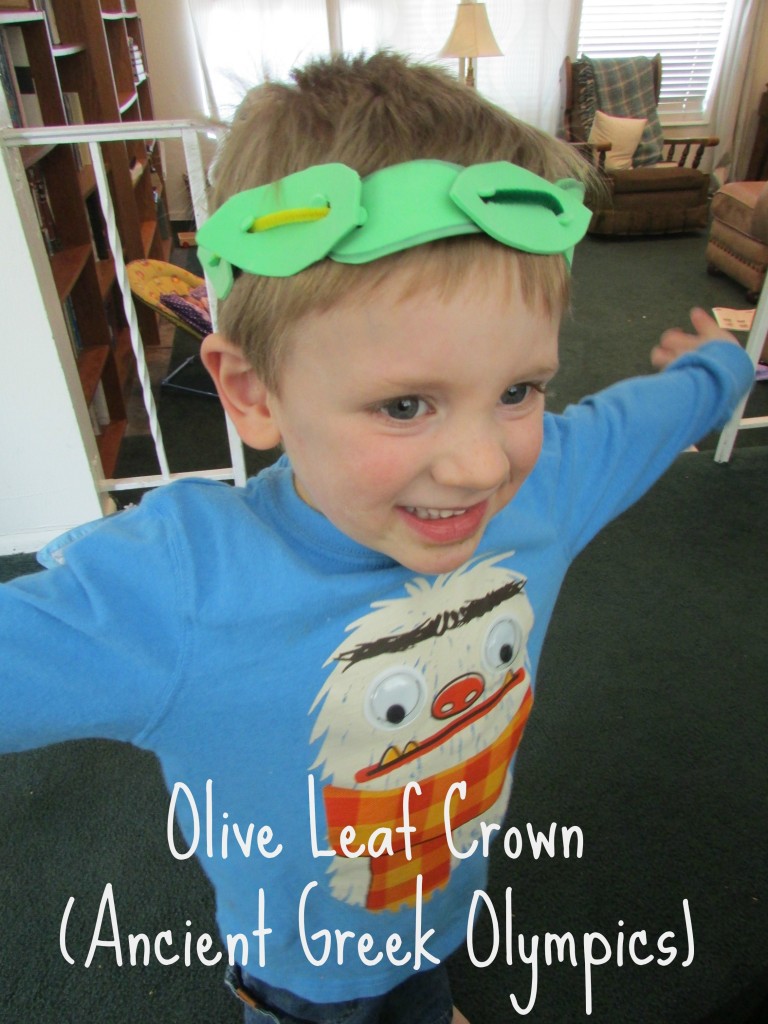 We also made olive leaf crowns for the kids out of pipe cleaners and craft foam. We cut leaf shapes out of green craft foam, hole punched them and threaded them onto the pipe cleaners. We twisted 2 pipe cleaners together to make it into a crown. It was quick and easy to make and my kiddos loved it!

Next we competed in our own mini-olympics.

We had a javelin throw with straws. The best out of five was the winner.

We decorated our own discus paper plates and had a discus throwing competition.  This was a big hit! 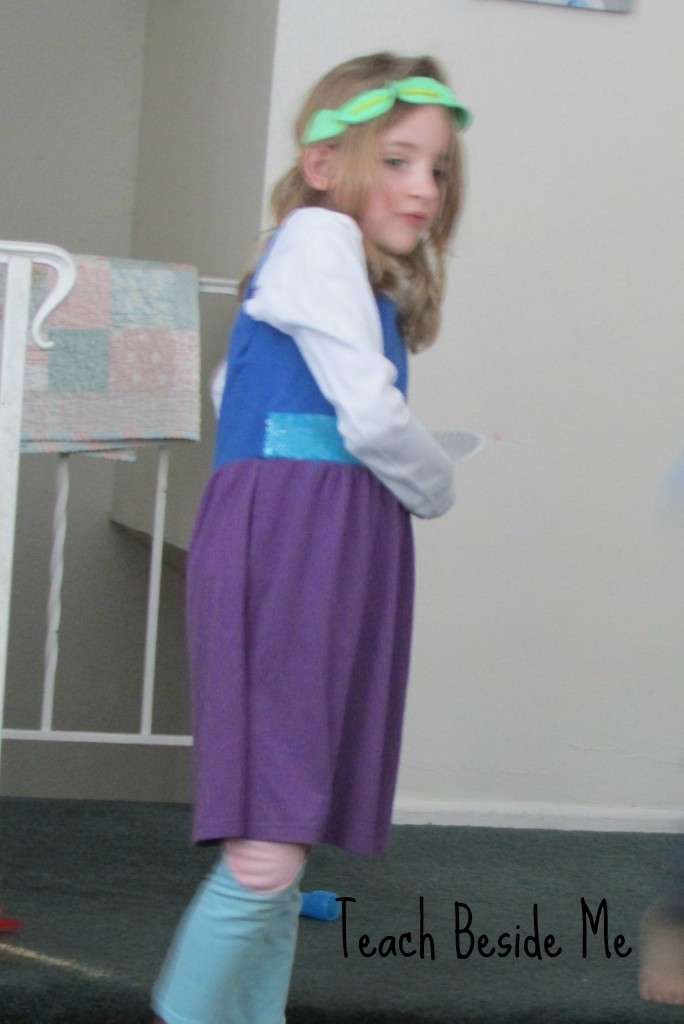 We did a long jump and jumped as far as we could.

We had a foot race outside on our driveway.

We still have lots of snow outside, so we did a little bobsled competition, too! 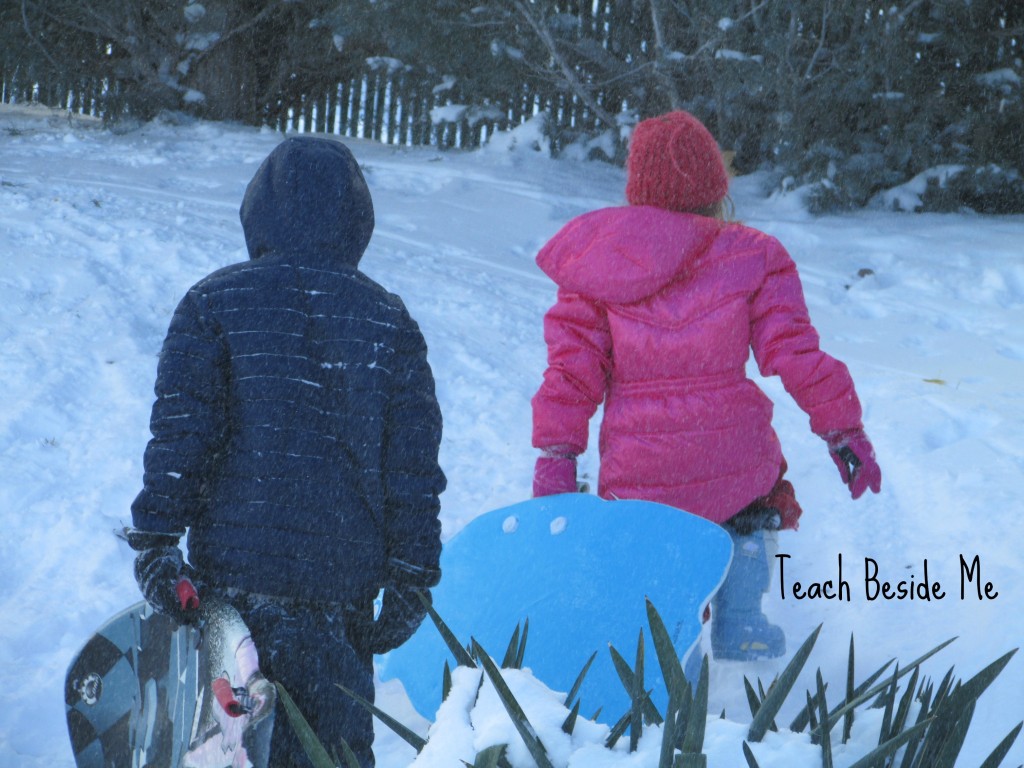 It was really a fun day and the kids learned about the olympics and ancient Greece in the process.

Map the olympics. Use a blank map of Greece and learn about the different city-states of Ancient Greece.

Create your own Greek myths. Invent characters and their “powers”.

Watch Hercules or the Percy Jackson movies together. 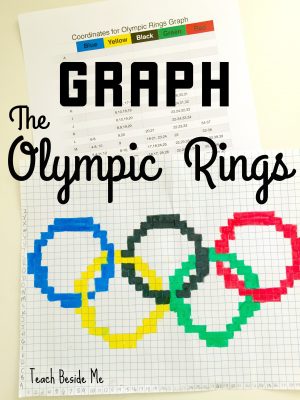 Try another fun craft and Graph the Olympic Rings!