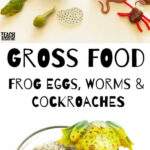 If you are having a Halloween party and need some gross Halloween party food, you have come to the right spot.  We recently came across a fun cookbook at our library called The Gross Cookbook by Susanna Tee. I though it would be the perfect thing to try out some of these foods with my kids during the Halloween season.  For more Halloween food ideas, also check out my Jell-O Spiders & my Funny Face Veggie Platter. 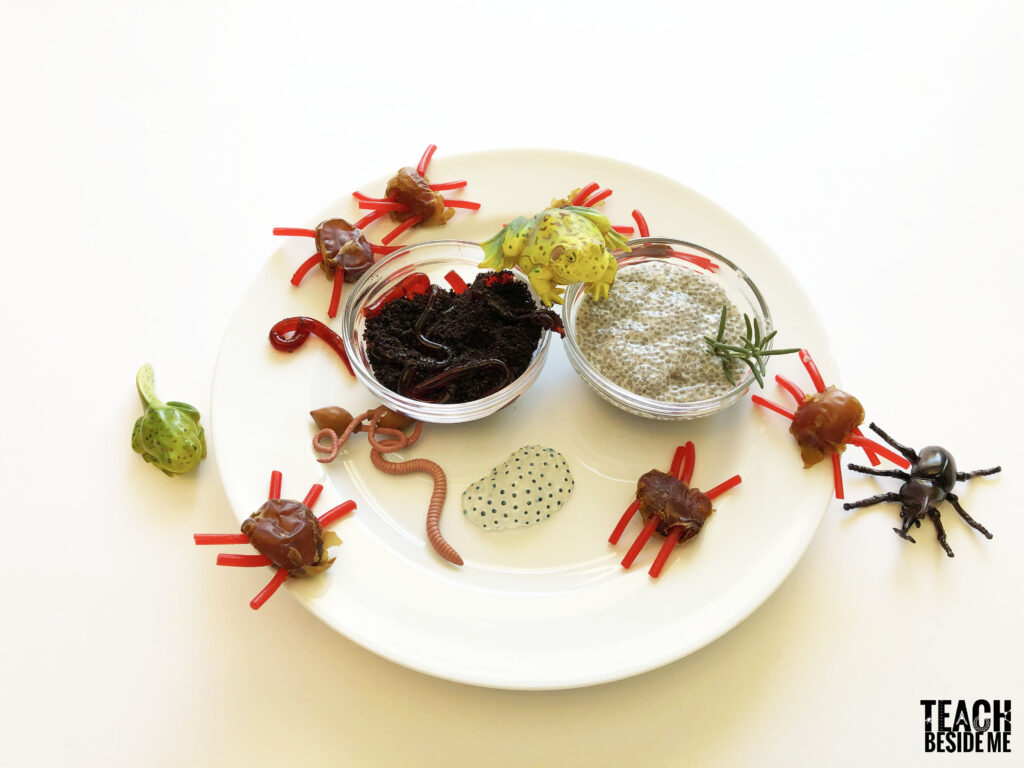 The Gross Cookbook has foods like Big Green Boogers, Bloody Intestines, Human Brain and more!  What I love about it is that it also shows some real things people eat around the world that we in America find disgusting, such as chewy caterpillars, fish eyeballs and stinking fruit. 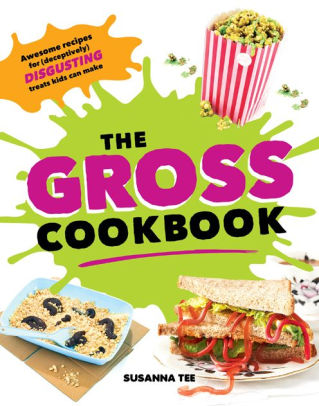 We tried out a couple of the recipes from this book and want to share the gross awesomeness with you today!

We made Jelly Worms in Dirt, Frog Eggs and Cockroaches. 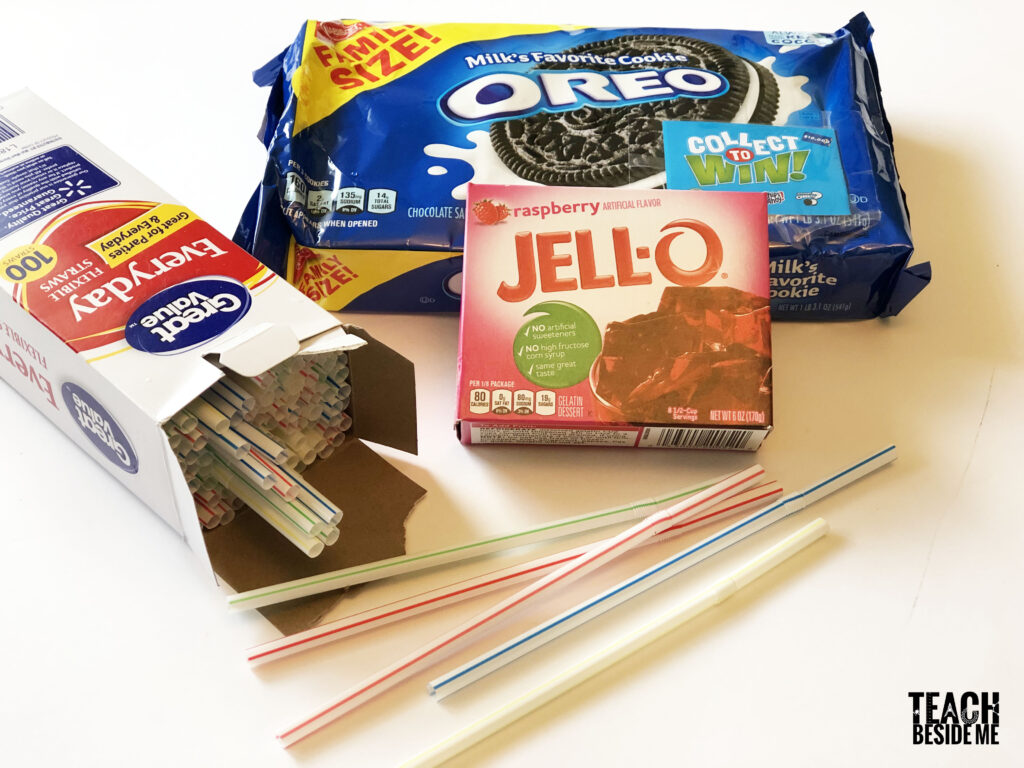 Make the Jell-O by putting you packets into a large bowl or jumbo measuring cup with a spout. Pour in the boiling water and stir until dissolved. Stir in the cold water and let it cool to room temperature. 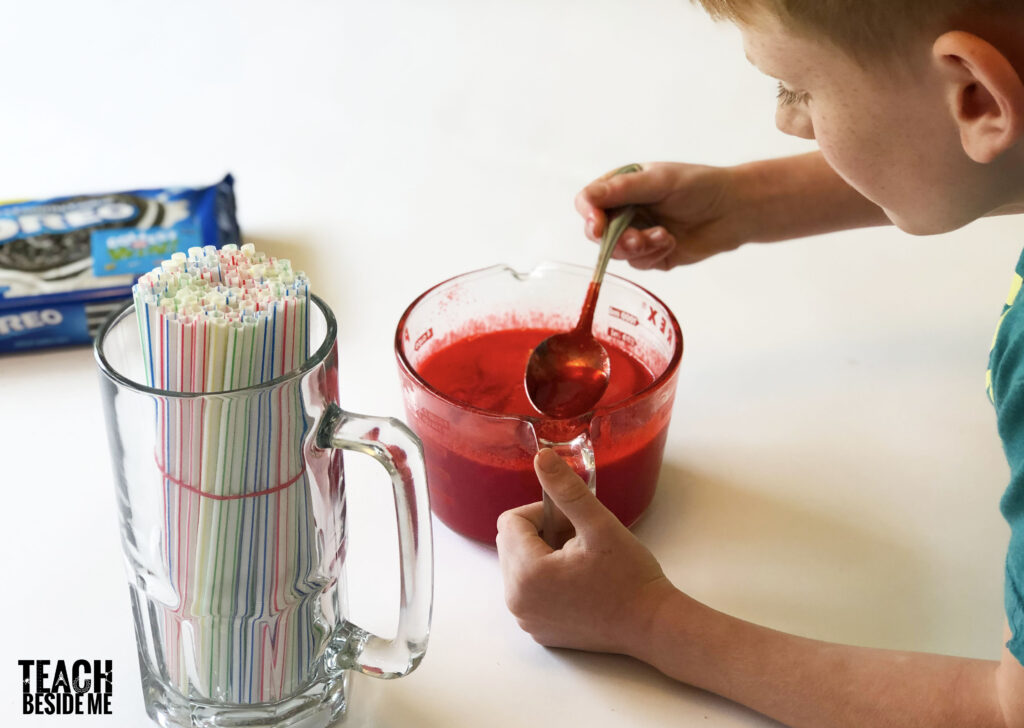 While it is cooling, bundle all of the straws together with a rubber band and place them into a large container that is just a little taller than the straws. IF you wrap them in plastic wrap, they will be much easier to remove later.

Add the cream to the Jell-o and pour it into the straws, filling them all the way up. 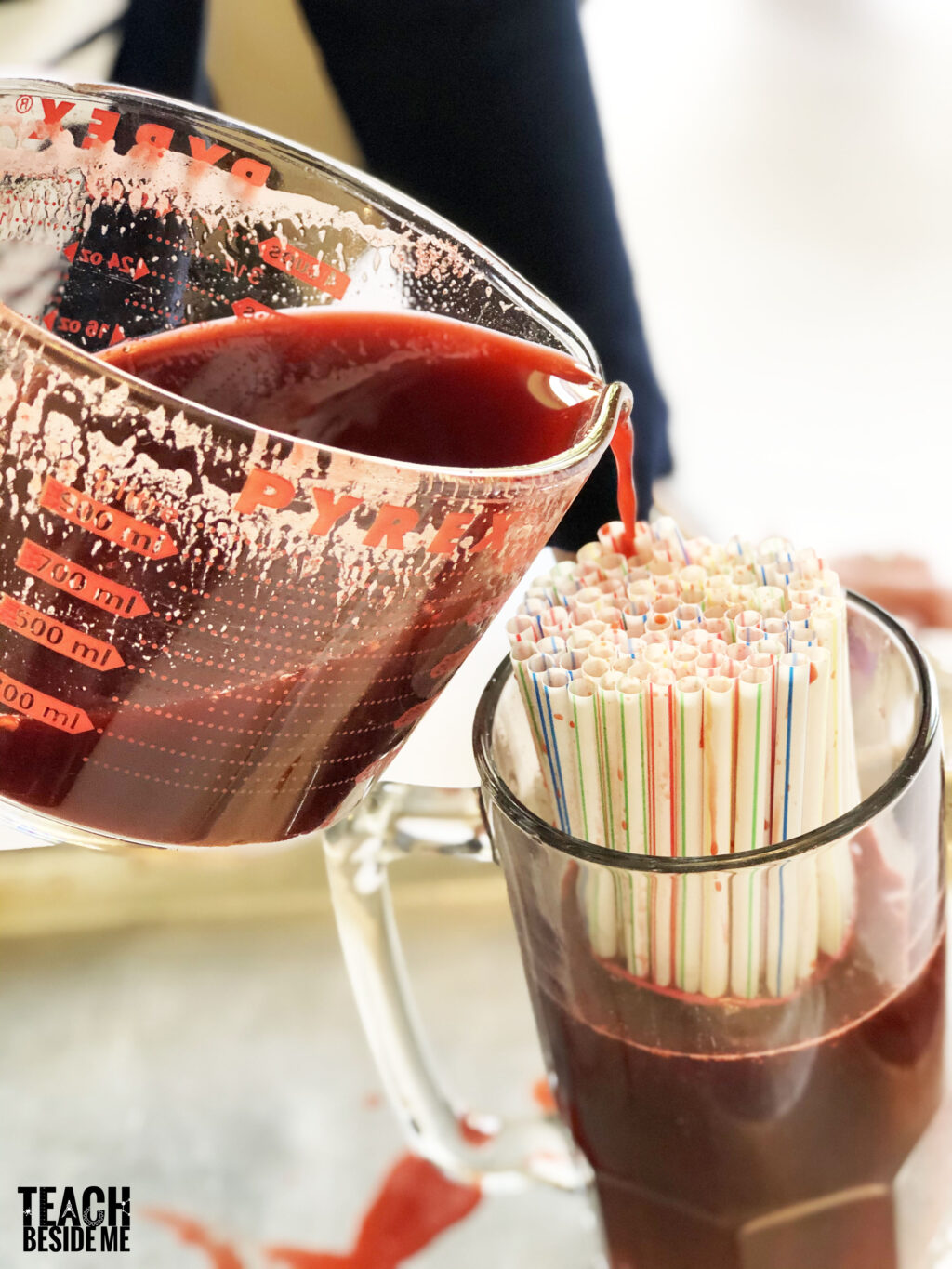 Refrigerate for 2 or 3 hours.

This is just Oreo cookies pulsed in a food processor. Easy, right?! 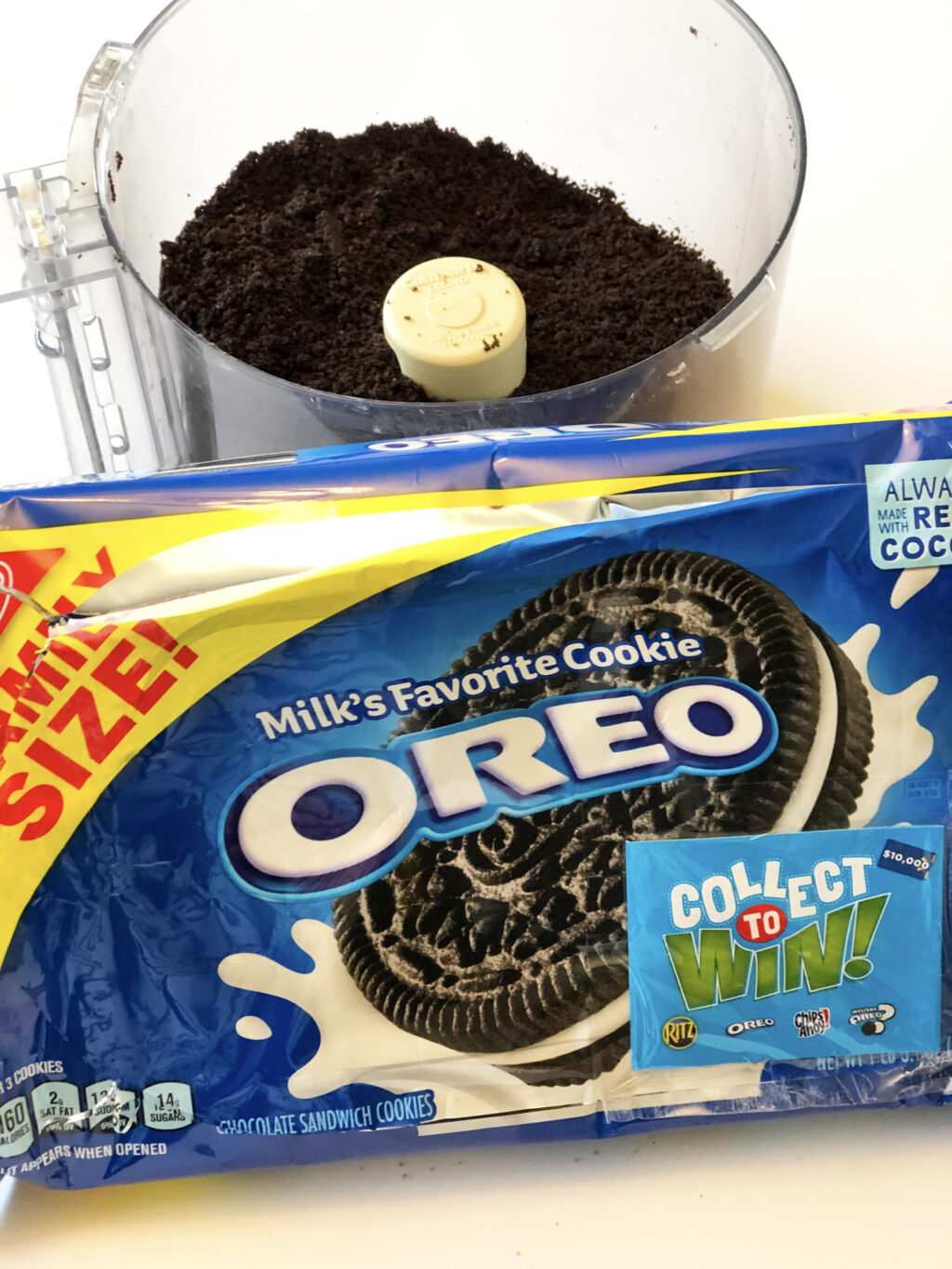 Once your worms are chilled, squeeze them out of the straws. This is a bit tricky, but kids love doing it, so put them to work! IT helps to run the outside of the straws under warm water to loosen them.

Assemble them by filling a bowl or cup with dirt and adding in some worms!  Our worms were a bit fragile, but fun to make and eat for the kids. You could obviously replace this with gummy worms, but these look so much more real. 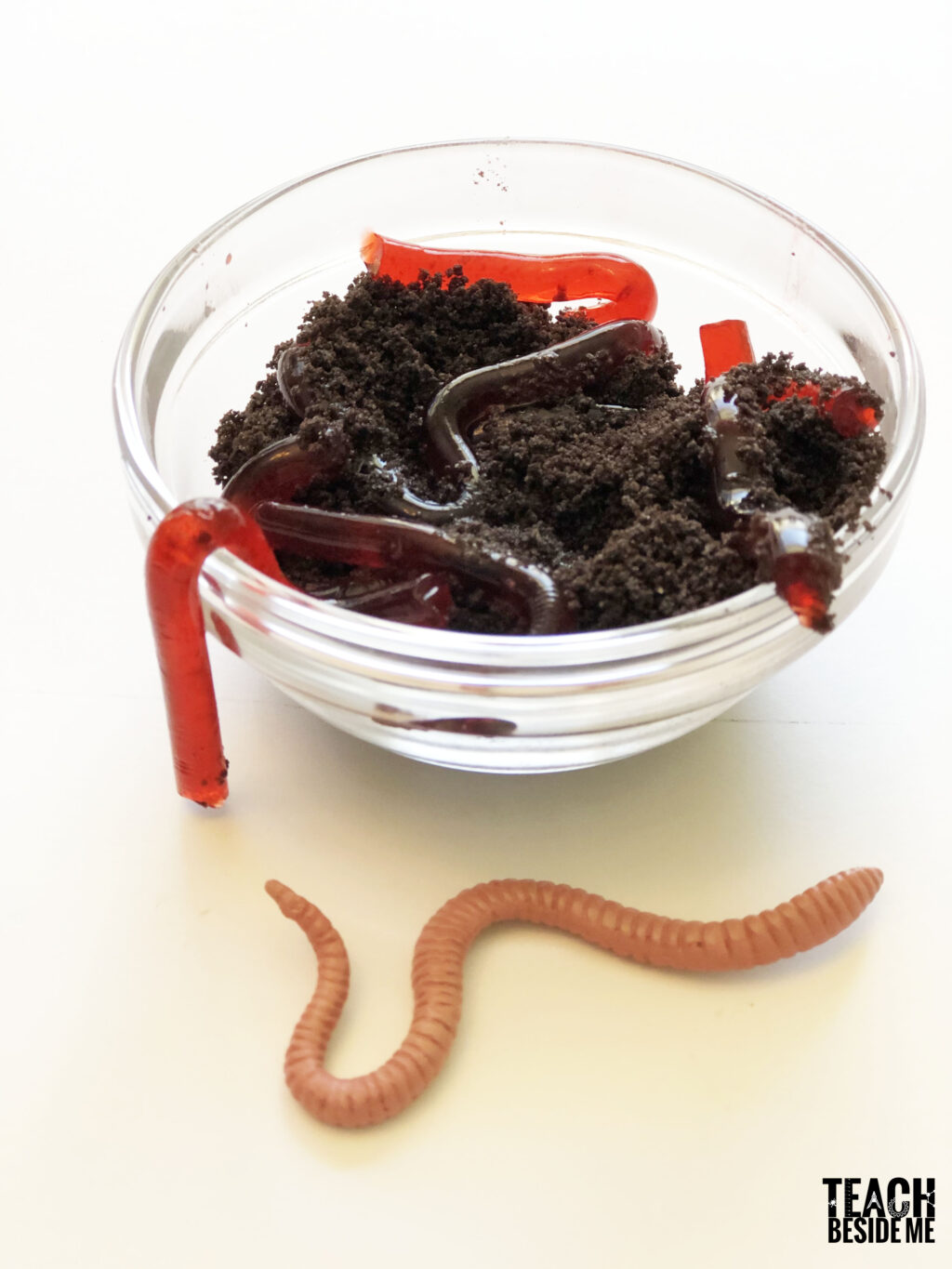 Put the chia seeds in a bowl or a jar. Mix in the other ingredients. Let them soak for 3-4 hours in the refrigerator. 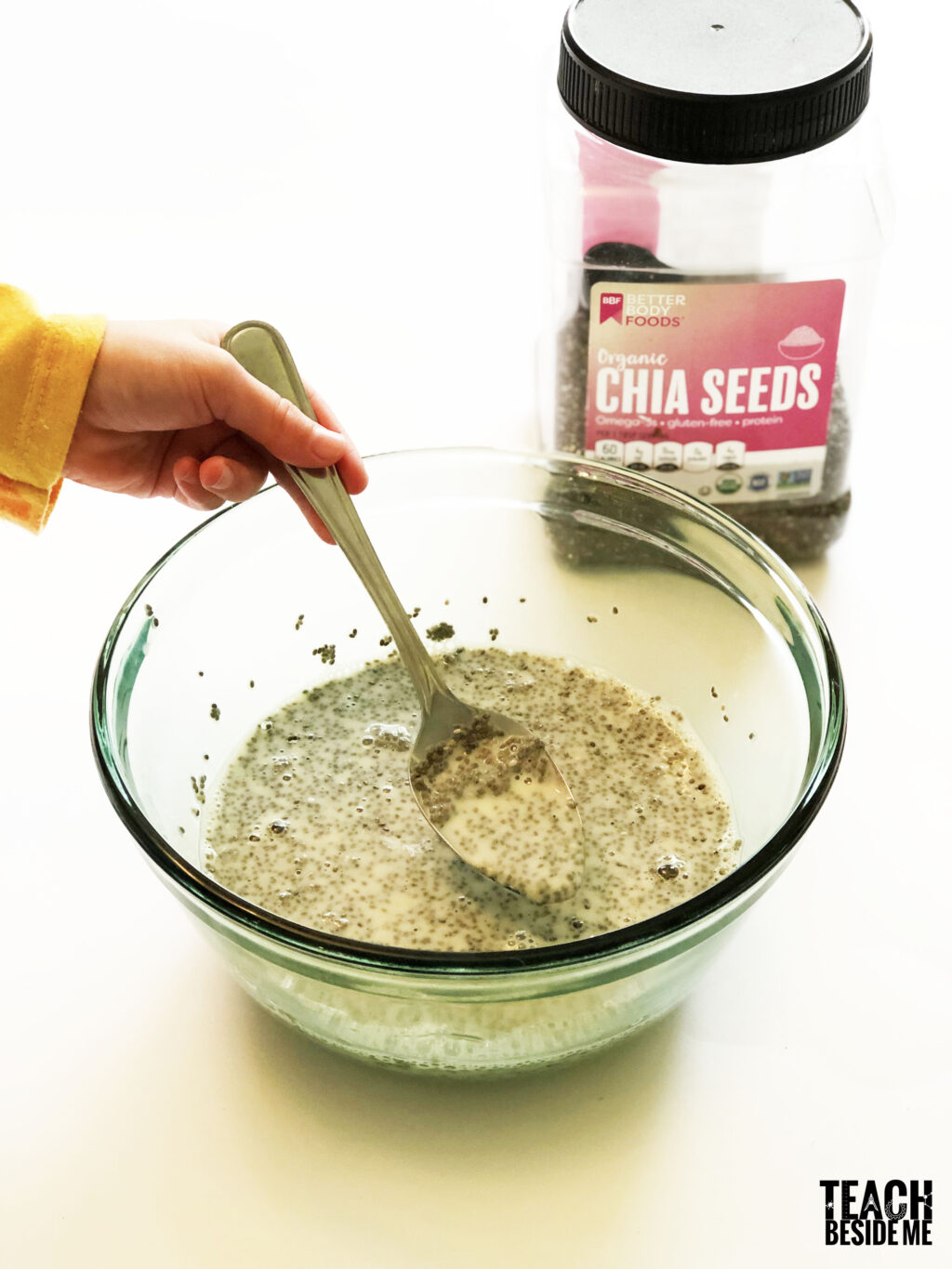 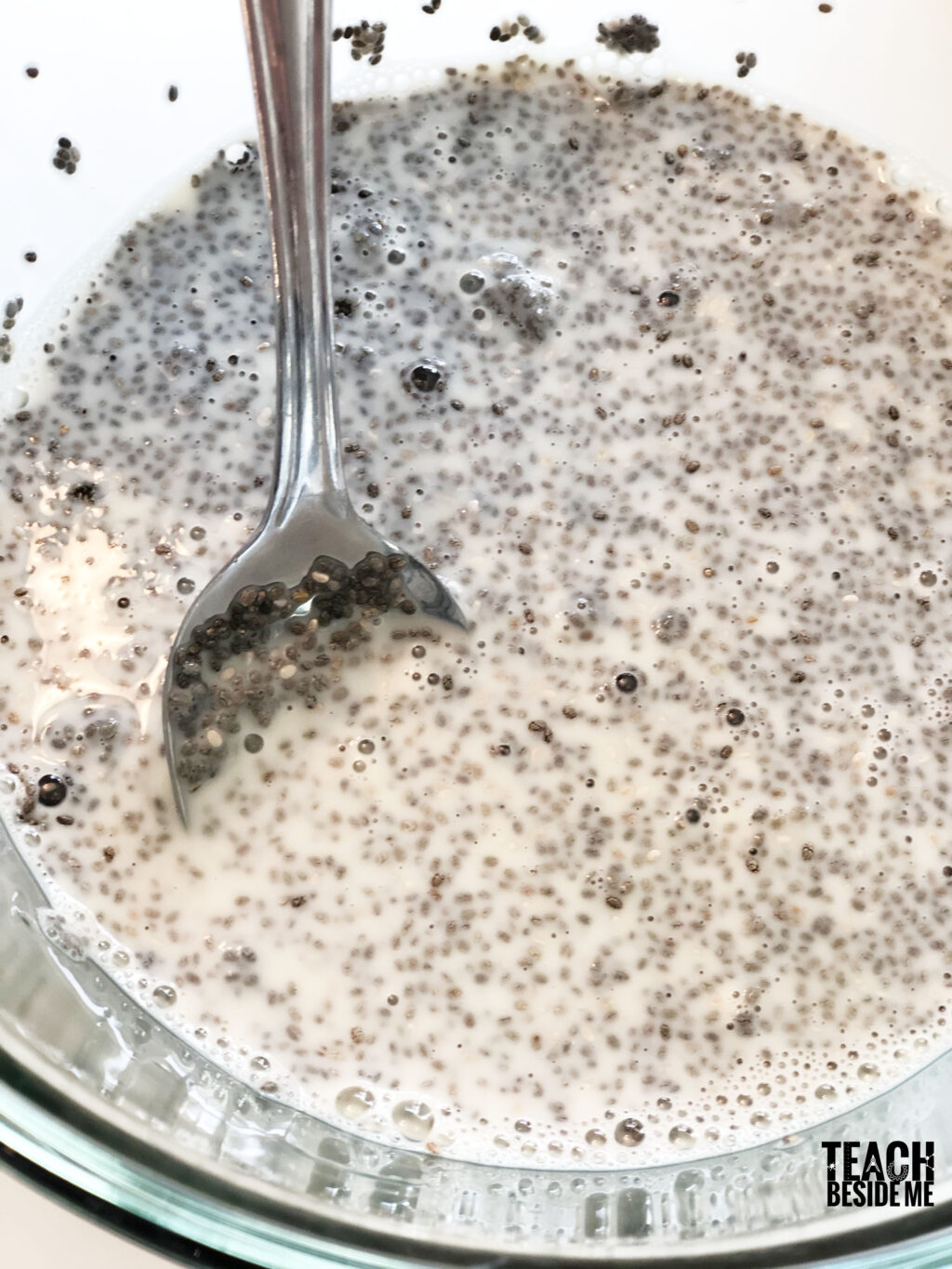 Spoon into small bowls or jars and garnish with a sprig of rosemary. 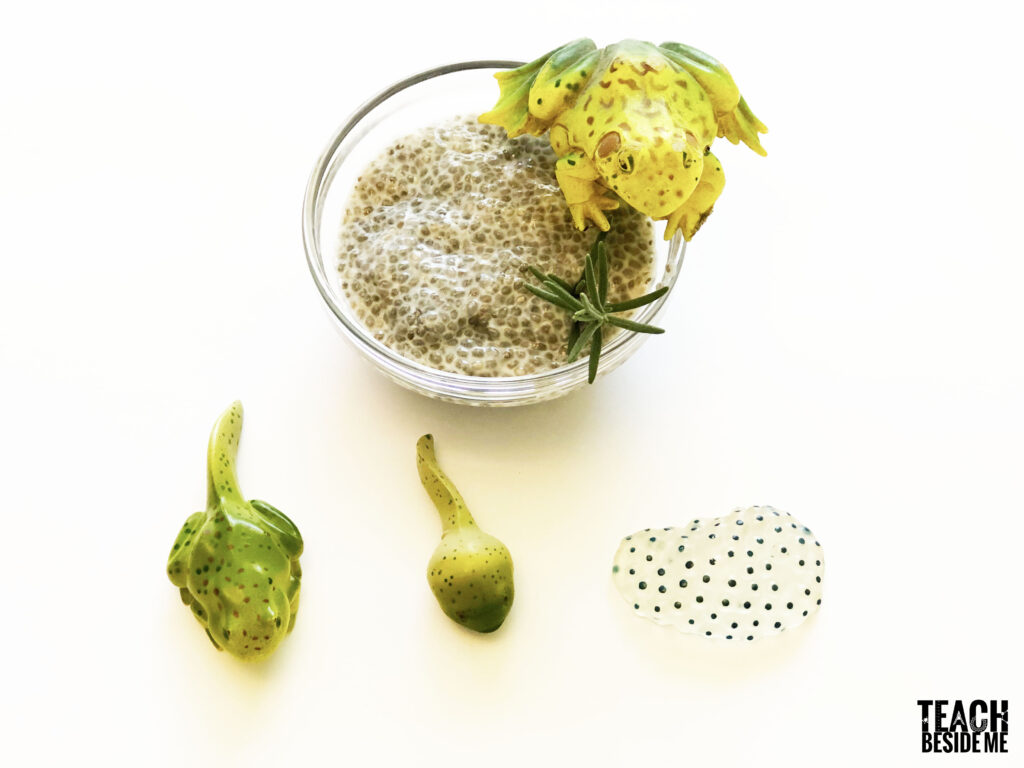 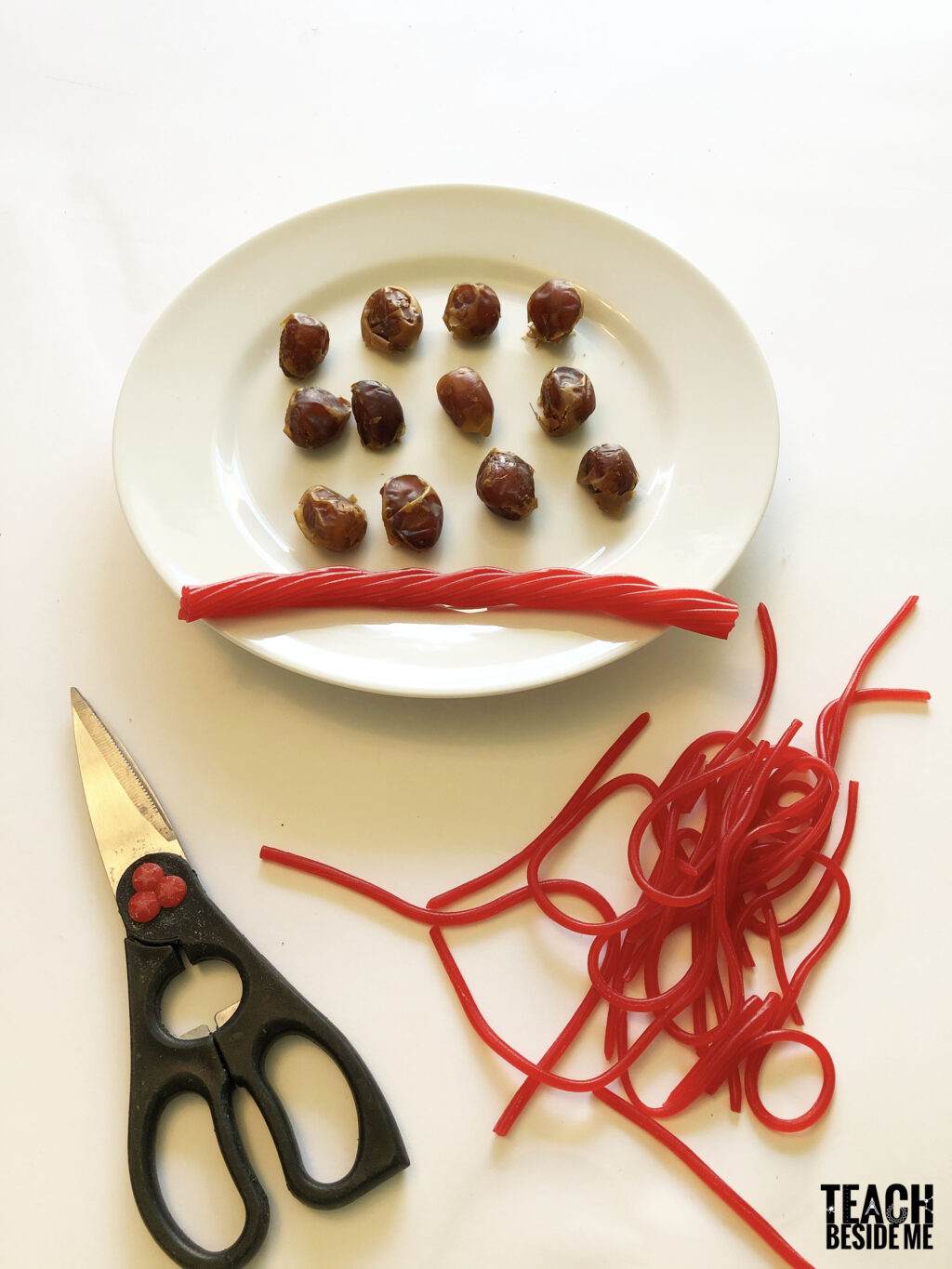 If you want, slice open one side of the dates, remove the pits, and stuff them with nut butter or cream cheese. This is optional, but extra tasty!  You can also just leave them as-is.

Use a toothpick to make 6 small holes along the two sides of the dates.

Cut the licorice into small 1-2 inch pieces to use as the legs and poke them into the holes in the dates. 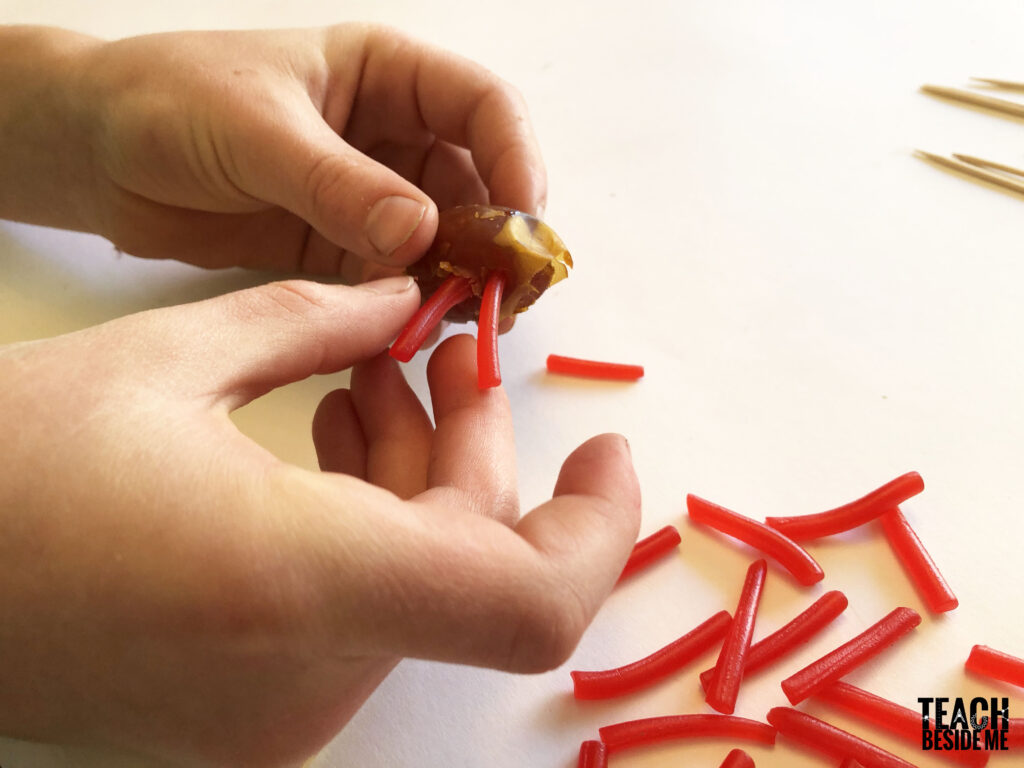 Easy peasy and oh so tasty!  (I am a little obsessed with dates.) 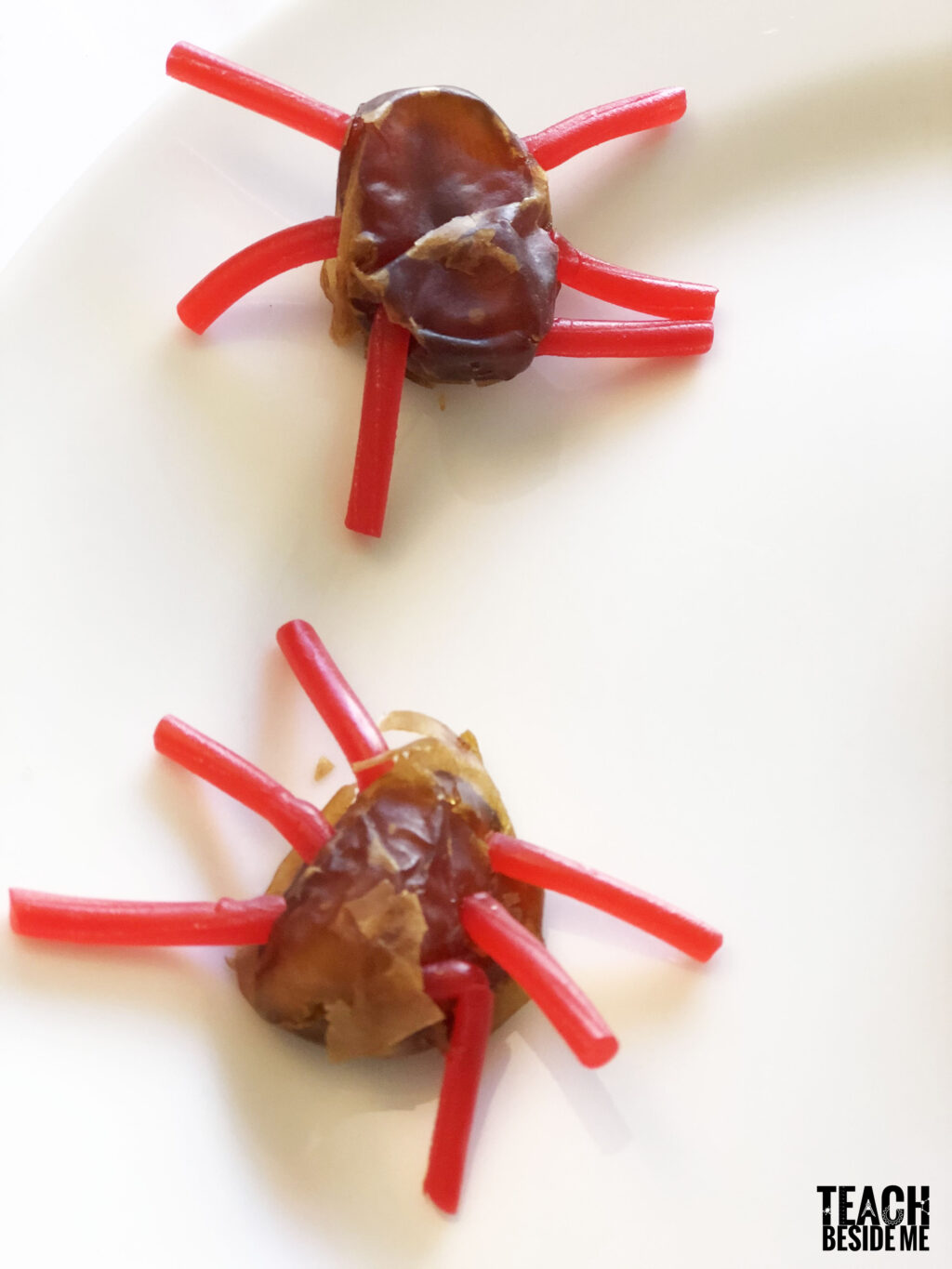 The frogs and bugs pictured are from our life cycle sets. These were just our fun added touch. 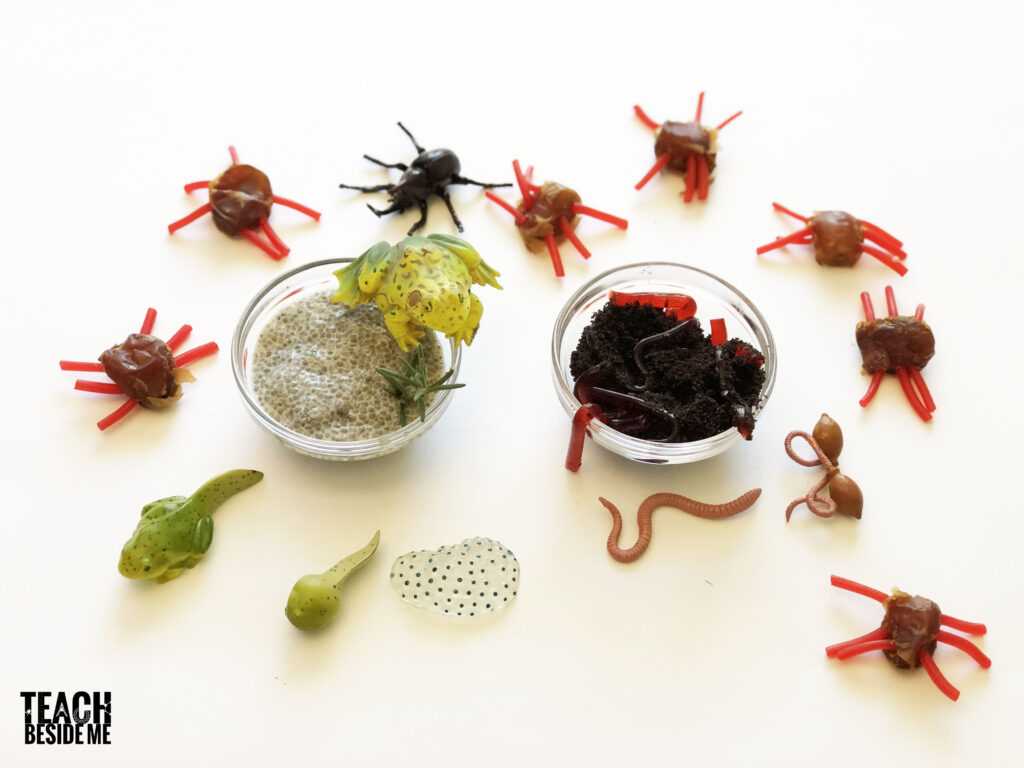 Ready to try our gross Halloween Party Food yet?  They actually all taste quite good, I promise. 🙂 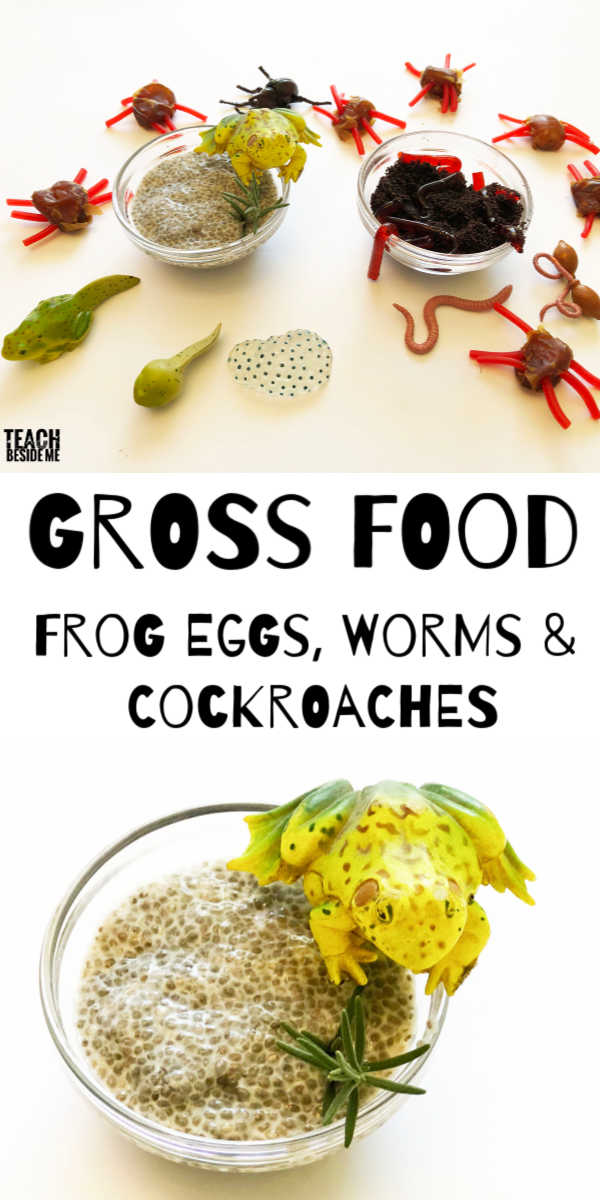