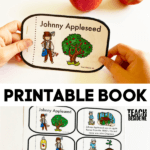 I have always loved the Johnny Appleseed story! Fall is the perfect time to teach the story of this folk hero to your kids. 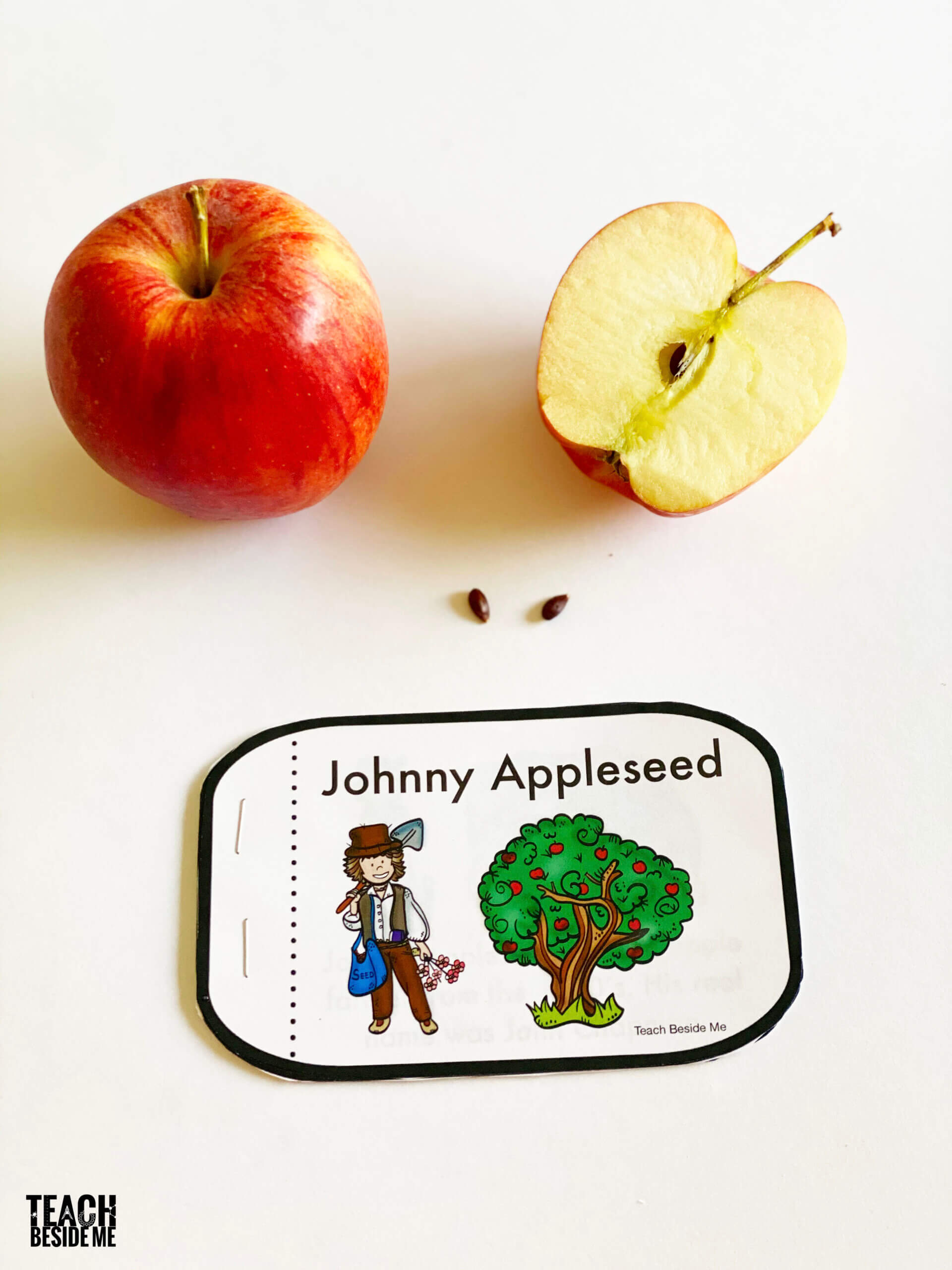 Who Was Johnny Appleseed?

The legend of Johnny Appleseed is a fun one that is based largely on the story of a real person named John Chapman. While the story is often considered a tall tale, many parts are true!

He was born in Massachusetts in 1774.  He wanted to feed as many people as possible by planting apples in many places!

John Chapman really did travel through parts of the United Stated planting apple trees and apple orchards. He carried apple seeds with him in a sack as he traveled West from his home state across the country. He was usually barefoot and wore threadbare clothing.

He was a wandering apple farmer, but he did not just randomly plant seeds all over the country. Instead he carefully planned, bought land and cared for the orchards he planted. He put fences around the orchards to protect them from animals and left them in the care of neighbors and friends.

Johnny Appleseed spent 50 years traveling across many states caring for these orchards. He is know to have traveled and planted trees in Pennsylvania,  Ohio, Indiana, and Illinois,  West Virginia, as well as Ontario Canada.

Johnny Appleseed made friends with many people as he traveled and people looked forward to his visits. He was even close with many Native Americans tribes. They called his the apple seed man, and the Johnny Appleseed nickname did not actually stick until after his death.

Did you know he was also a missionary?  John Chapman carried a Bible with him and preached to the people wherever he traveled. 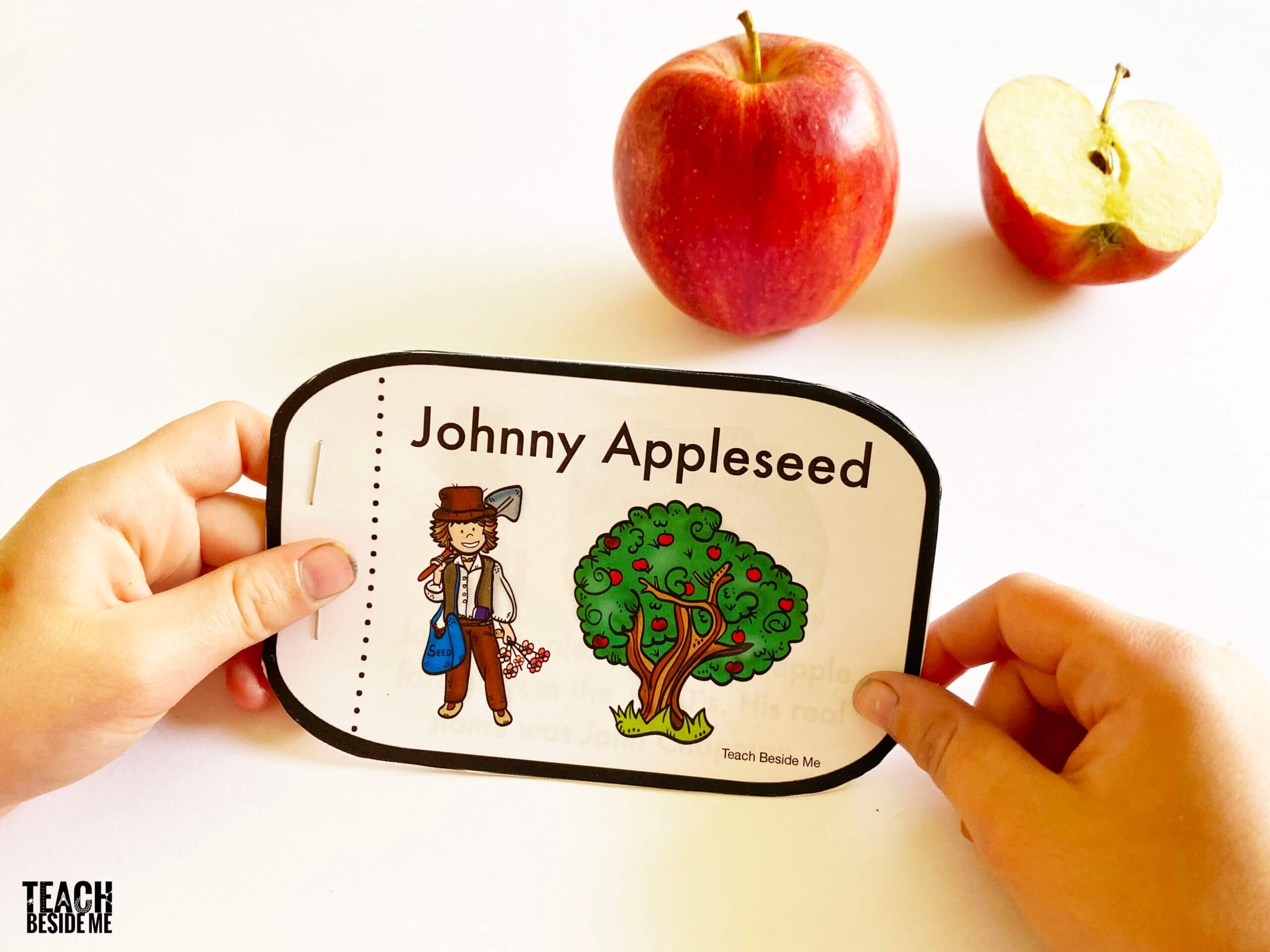 I made a little printable book to use with your kids. It’s a great way to introduce the story. 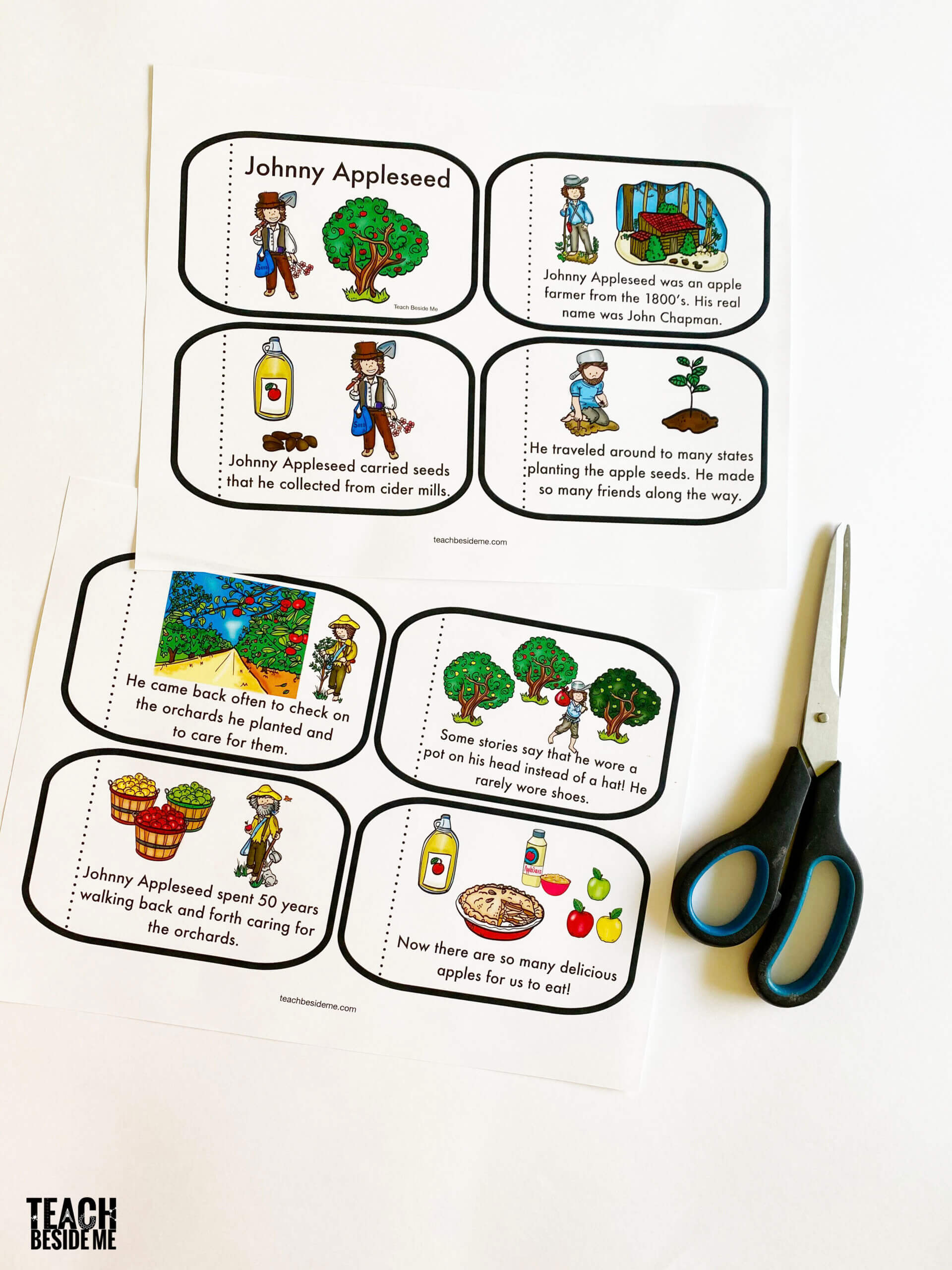 This printable Johnny Appleseed book is a little mini book for kids to read and learn the basis of the story.  It is 8 pages long with 4 printing on each page.

The printable book is available in both color and in black and white to accommodate different printers as well as giving kids the option to color in the pictures!  That’s a fun addition to the activity. 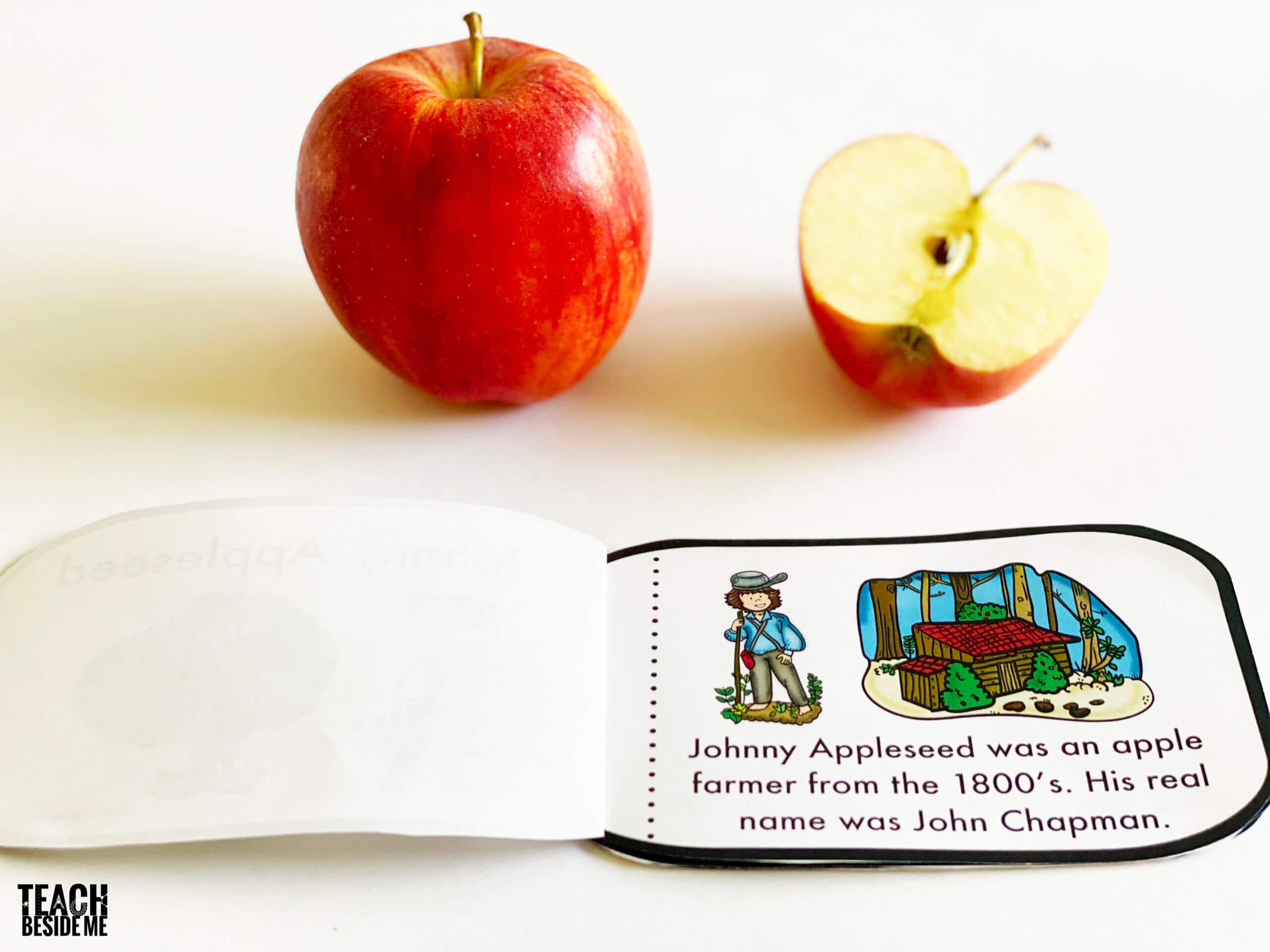 Want more of the story?  Here are a couple of the books that we enjoy: 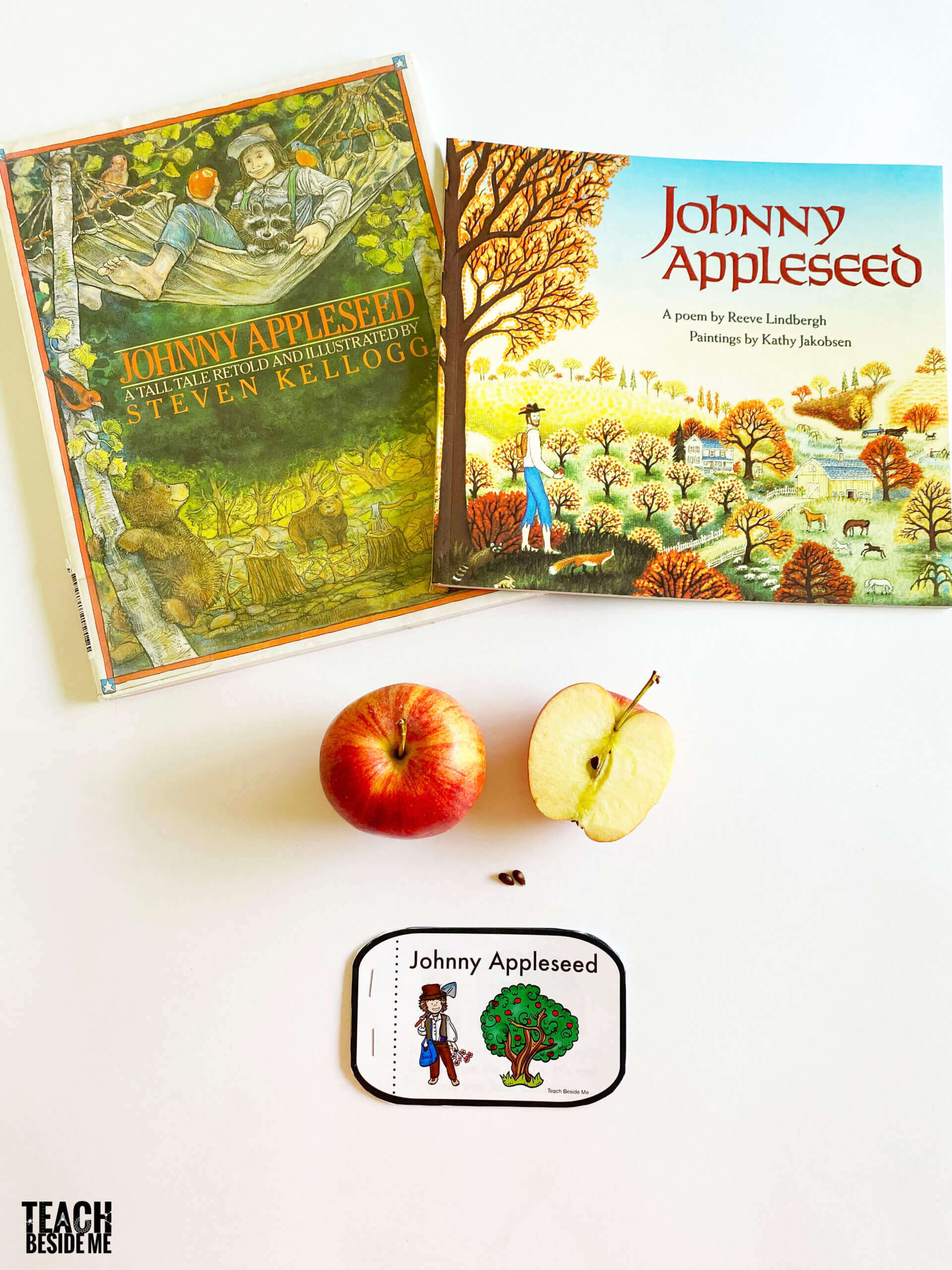 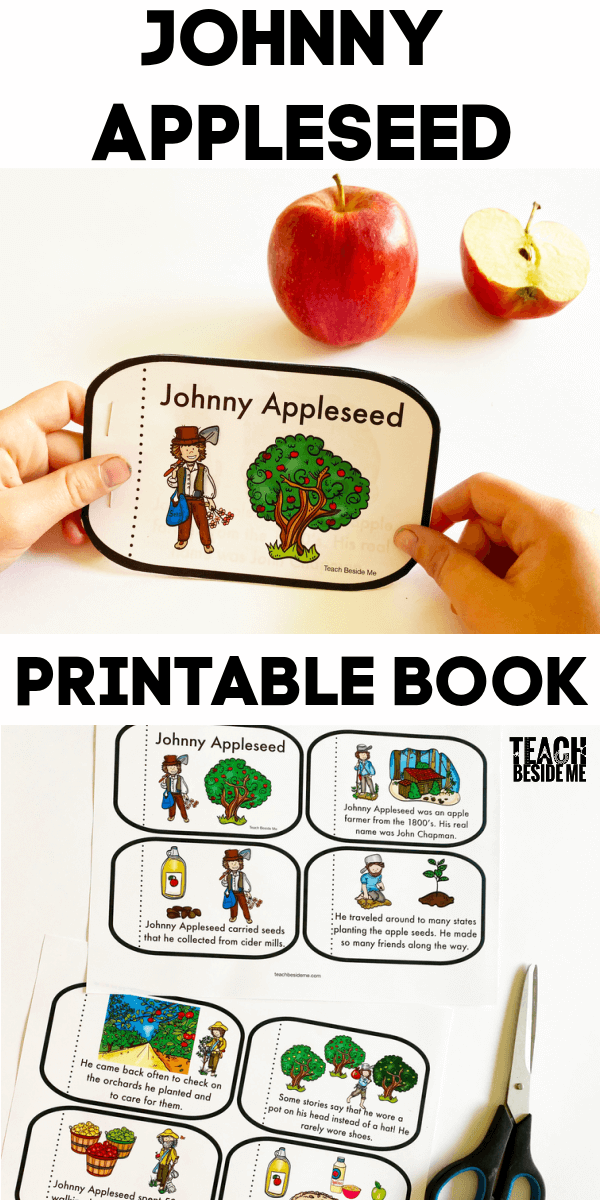