Do you need frugal birthday party ideas? My kids always want to have a birthday party and I love throwing parties for their birthdays.  I just don’t like spending a lot of money on parties. I am proud of the fact that I only spent $25 on my son’s party this year!  His friends told him they love coming to his parties because they are so much fun! (That makes me happy!)  This year for his party, I did different party/game stations for the kids. There were 10 game stations in all. 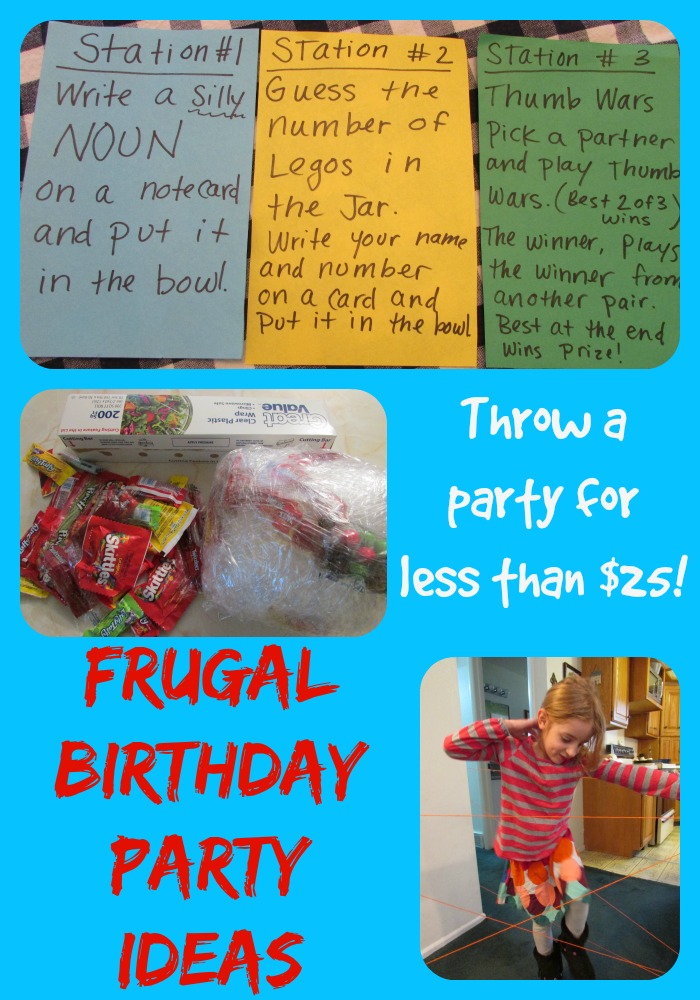 the first three stations were simple things they could do while waiting for everyone to get there.

Guess the number of Legos int he Jar (or any small object). Put your name on the paper with your guess and place it in the bowl.

Pick a partner and play thumb wars. The best of three wins and plays the winner from another pair.

Unwrap the candy ball. To make a candy ball, wrap candy into a ball using one long sheet of plastic wrap. Add in candy as you go along. Make it as big as you would like. To play the game, have the kids sit in a circle. One person gets the ball and starts unwrapping. The next person in the encircle rolls a pair of dice. When they roll doubles, the ball is passed to the next person. They keep all of the candy that they unwrap. Keep going around the circle until the ball is completely unwrapped. 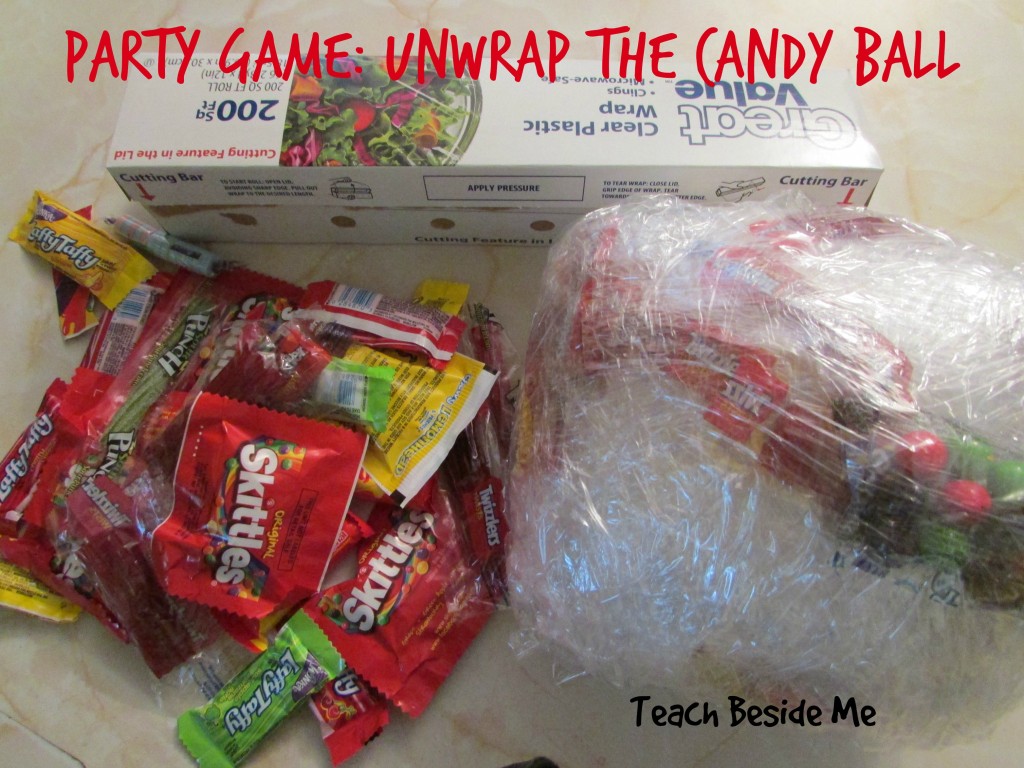 Pop the balloon!  Blow up balloons and tie a string around the end of each one. Tie them to the kids ankle. They have to pop everyone else’s balloon and try to be the last one standing!

Have a Lego building challenge. Write different objects for them to build on a card. Divide into 2-4 teams (depending on the size of the group). They each choose something to build. They get timed and when the time is up, the other teams have to guess what they built.

Have a Rock -Tree -Bridge race. Divide up into 3-person teams. One person is a rock, one is a tree and one is a bridge. The The first person in line is the rock. She ducks down on her knees with her head tucked in.  The second person in line jumps over the rock and stands up and becomes the tree.  The third person in line jumps over the rock, goes around the tree twice, and makes a tent with his body and becomes the bridge.  The person who was the rock then goes around the tree 2 times, goes under the bridge, and becomes a rock again.  They keep repeating this pattern until their team reaches the finish line.  The first team to finish wins.

Make a Spy hallway. Attach strings in random patterns crisscrossing the walls of the hallway. The kids have to get through to the end without touching the strings. Give them 3 strikes until they are out.

Make me Laugh… Give the kids a bag of Laffy Taffy candies. The kids pair up and have to try to make the other team mate laugh with jokes or silly faces.
This is a good one to wind down with at the end while waiting for parents to pick them up.

These party games lasted long enough for a 2-hour party. Plus a break half way though for presents and cake. It was a blast & the kids all left happy!