We did a rust oxidation experiment this week that was really fun to watch. We wanted to know what things will rust and why. Plus we measured which ones rusted the quickest! 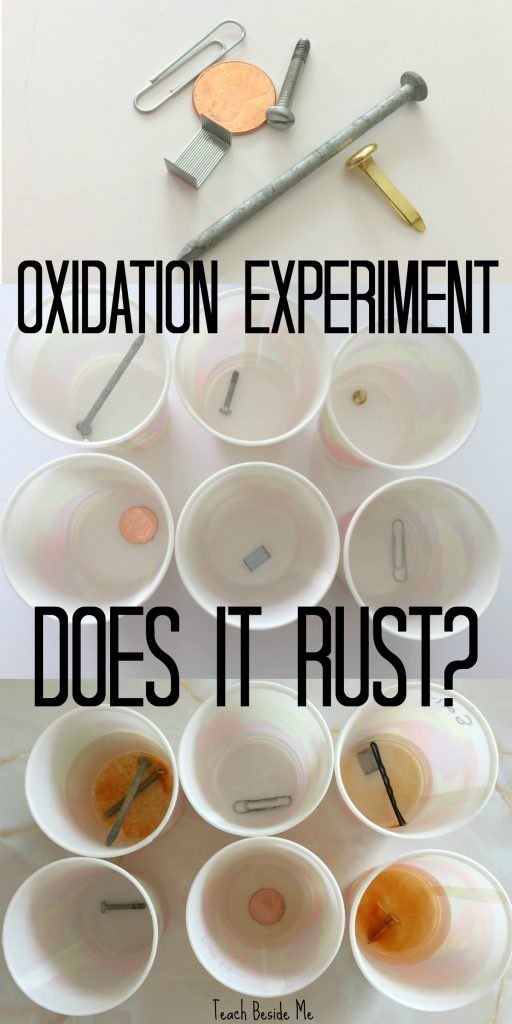 How to Do the Rust Oxidation Experiment:

My kids gathered a bunch of different metal objects from around the house. We got nails, screws, paper clips, staples, bobby pins, brads, etc. We put them all into little paper cups of water. and let them sit for a week. 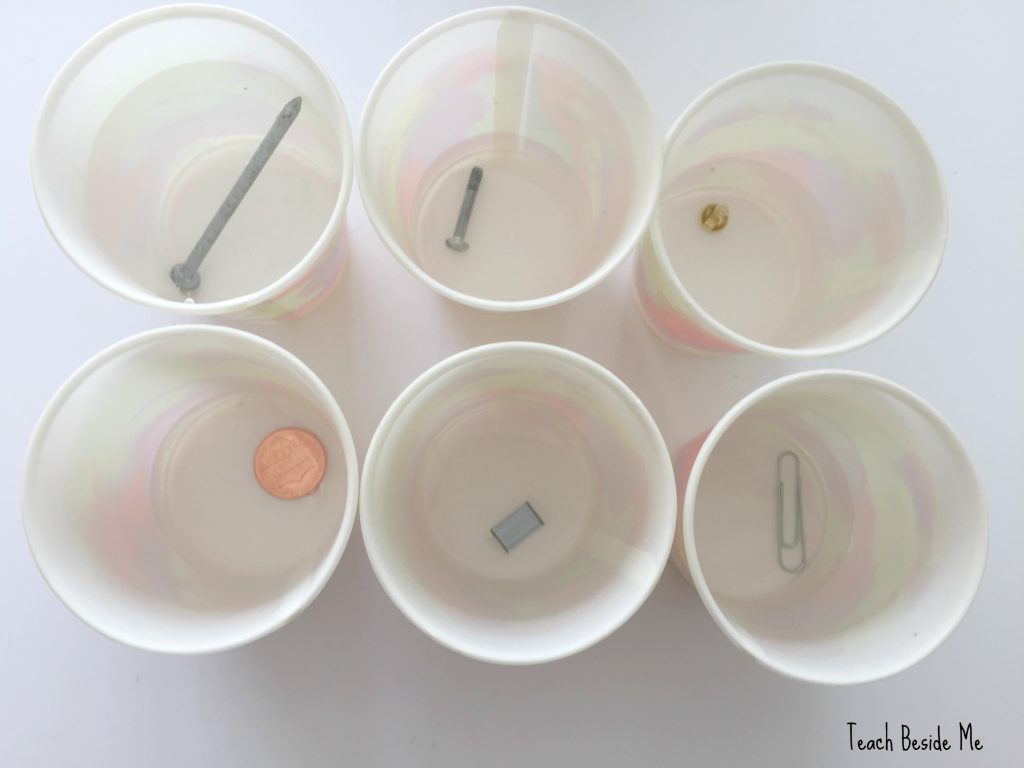 My kids wanted to try some with salt water, too. So half of ours are in salt water. We did it randomly & not in the most scientific way! 🙂 I think a few extra things were added in during the week, too.

(To make a more scientific experiment, try double of each, one set in in salt water and one set in fresh water and compare the difference.)

Each day we observed the changes to see which ones were rusting. This photo shows the first signs of rust. 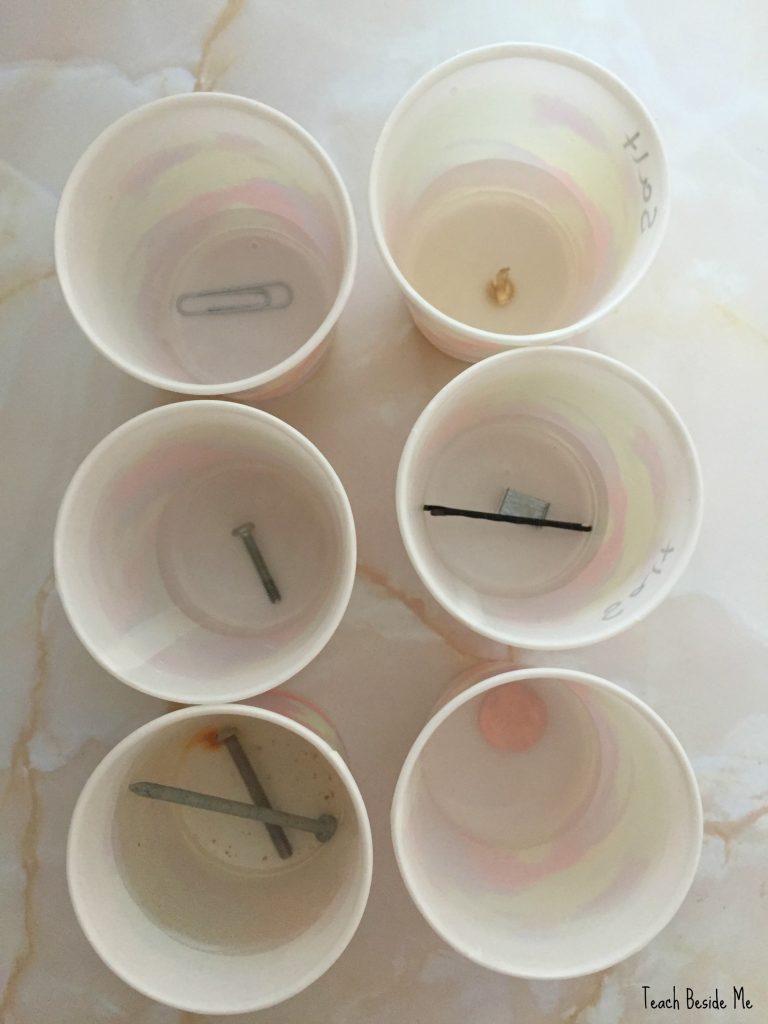 Rust is the reddish brown compound called iron oxide that forms when iron an oxygen react in the presence of water and air, hence the term oxidation.

There are ways to speed up rusting and ways to slow it down. To speed it up metal objects can be immersed in water. Salty water speeds it up even more.

To prevent rust, iron can be coated to prevent the reaction. You can do it through painting metal or through galvanization.  Galvanization involves coating an iron object with a protective layer of zinc which helps prevent that reaction, or slow it way down.

A few of the objects we tested had been galvanized (paper clips, staples, and one of the nails). We also added in a bobby pin with had a paint coating on it. Those things did not rust. The tip of the bobby pin, where there is no paint, did end up rusting, though! 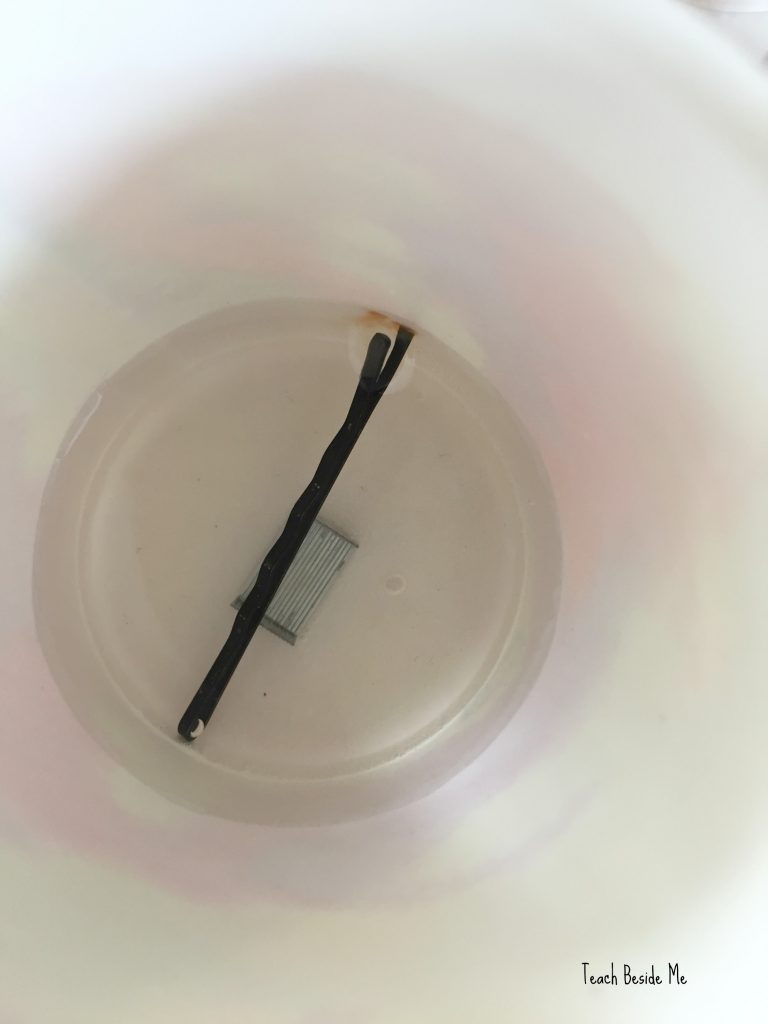 It was a fun experiment to try!  We learned some interesting things. 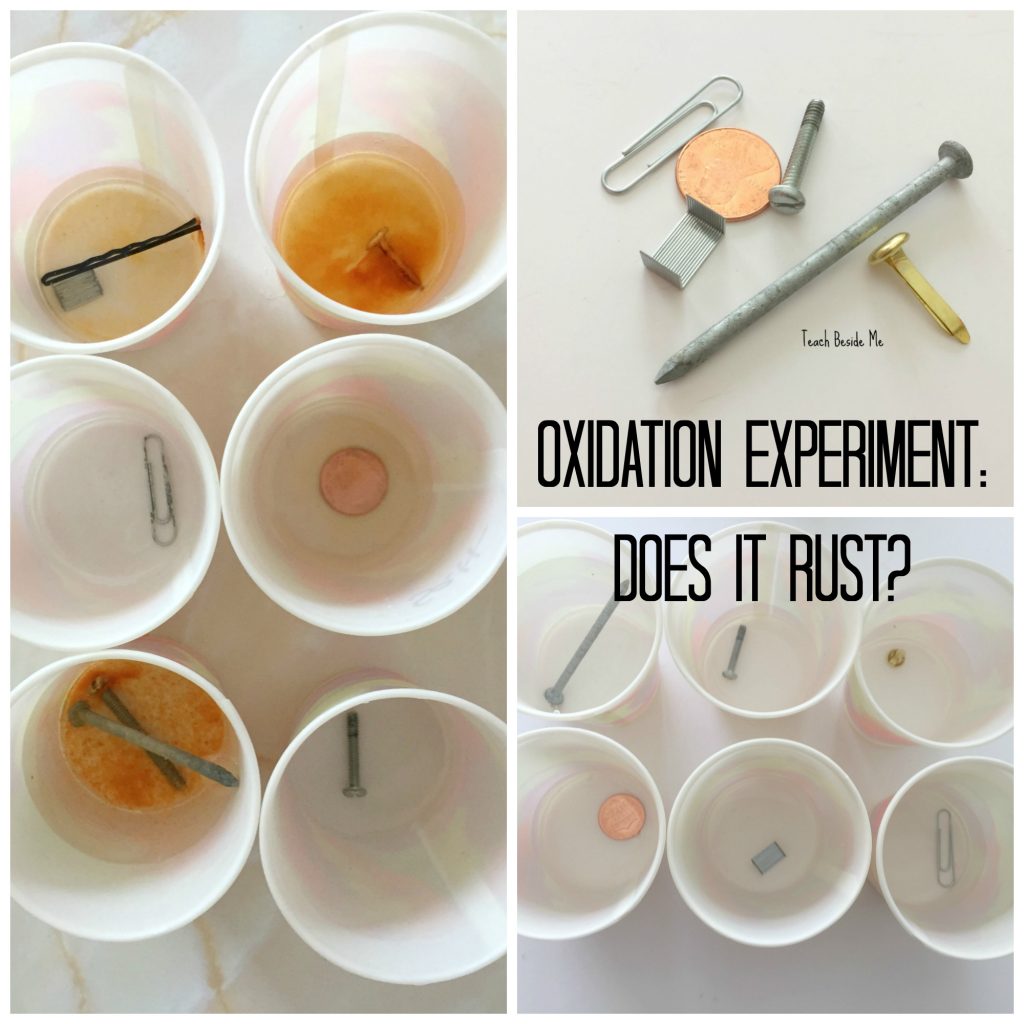 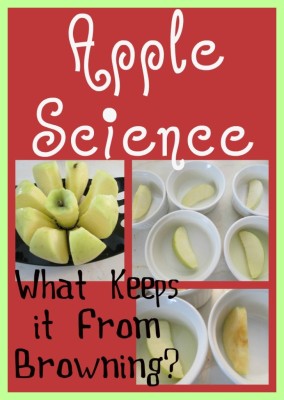 You may also be interested in another oxidizing experiment that we did with apples browning a while back. 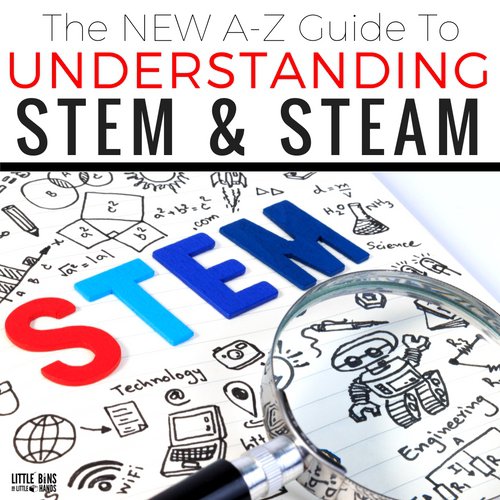 This is part of the A-Z Guide to Understanding STEM hosted by Little Bins for Little Hands.