Math games are the best. Here is a super simple dice math game to help with place values and number values in general. I call it Roll & Place the Digits.  We played this with three people, but you could really do it with any number of people.

How To Play Place the Digits: Dice Math Game 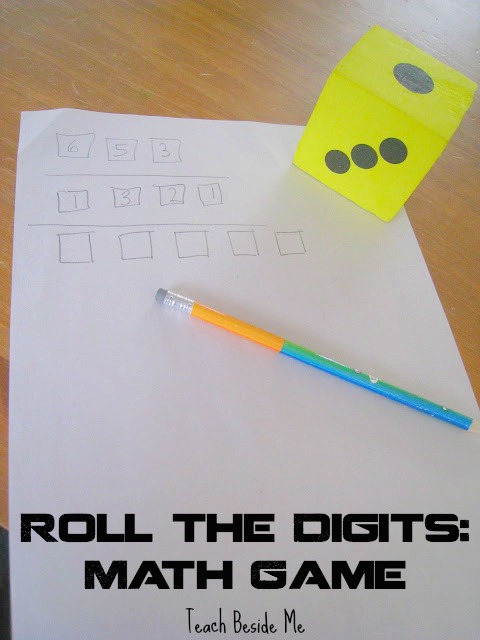 Get a piece of paper for each player. On the paper, draw squares for the number of place values you want to use (i.e. hundreds- draw 3 squares, thousands- draw 4 squares)

You will also need something to choose the numbers.  We used large dice, but you could also use a spinner with numbers from 0-9, or a deck of cards using aces and numbers through nine.

Draw, spin, or roll a number.  Each person chooses a place to write that number (in one of the squares).  They keep their page hidden from the other players. 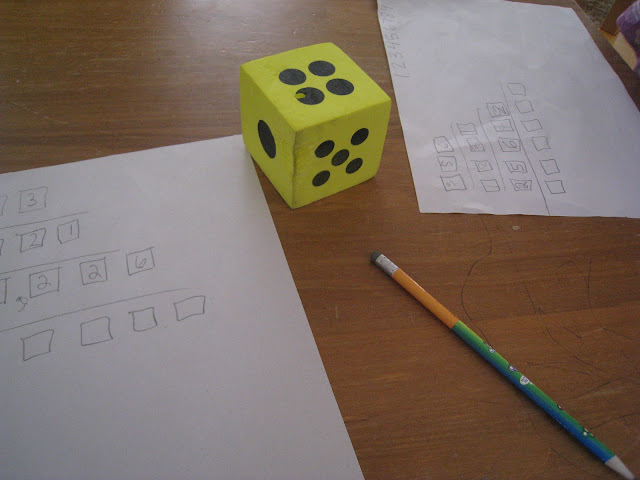 After enough numbers have been chosen to fill up the squares, you reeal your numbers and see whose is the largest.

There are a few different lessons that can be learned from this math game:

(don’t mind my scribbled on table)