Math games are a big thing at our house. We love playing all kinds of learning games. We played a really challenging math card game together this week and it was a great one for upper elementary learners. We call it Target Math. 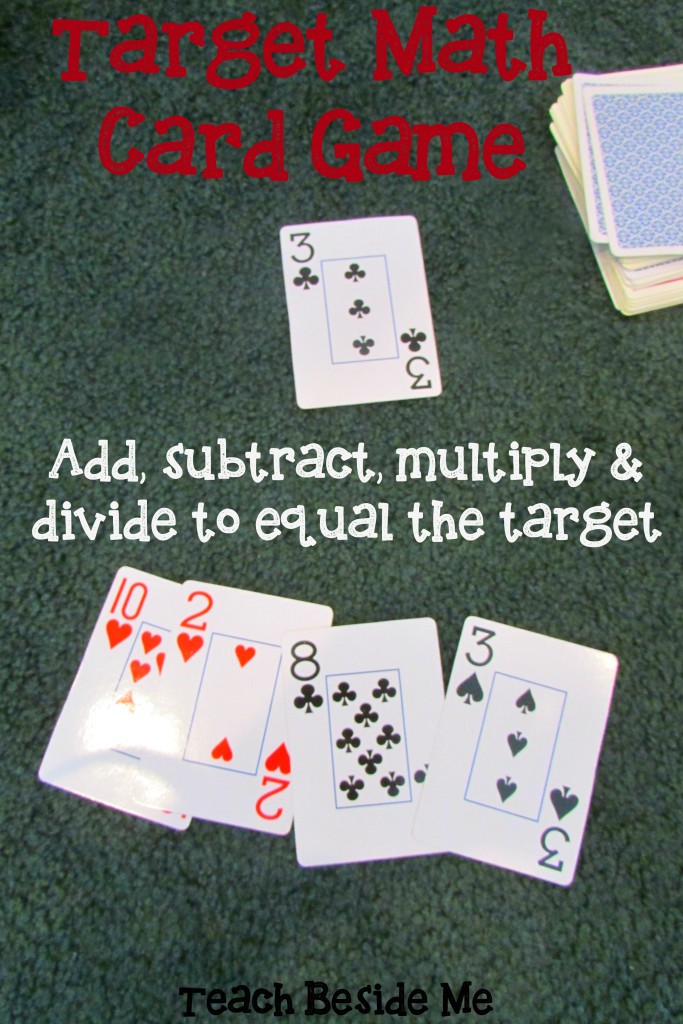 When we played, we used two decks of cards. You remove the face cards, but keep in the aces. Aces equal one.  Shuffle them and deal out four cards for each player. Then flip the top card from the deck over in the center. This is the Target Card. 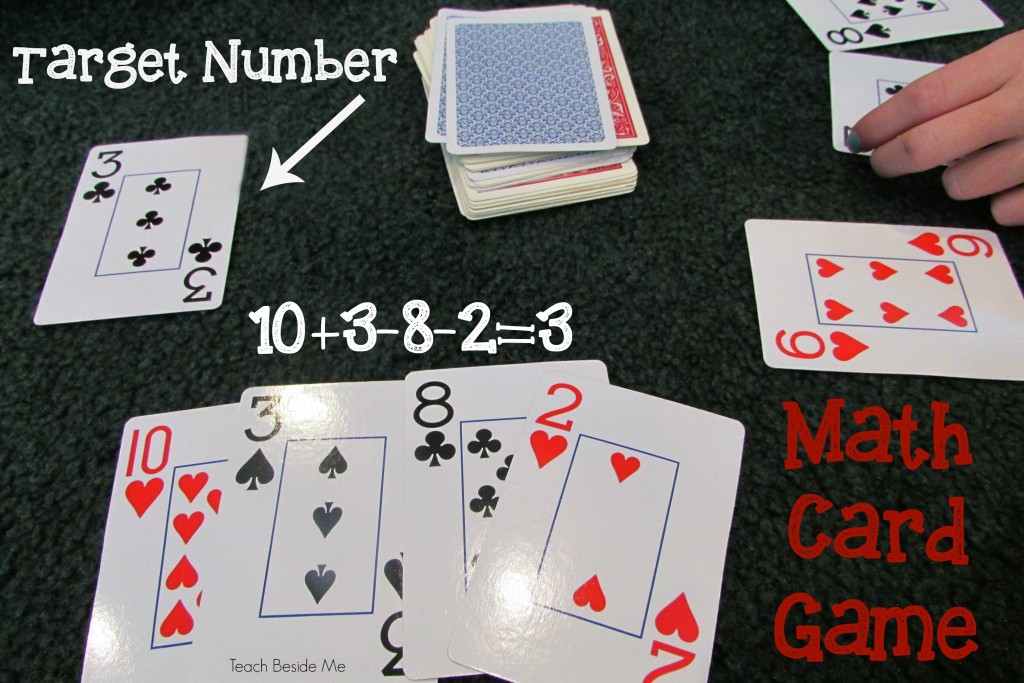 It’s a pretty simple game, and it really uses all kinds of math skills to figure out how to get to the target number.

There are tons of other ways to practice math with cards. We love playing math war with cards, too. You can modify this to practice adding, subtracting or multiplying!

What is your favorite math card game?

We have a ton for you!  Check out some of these:

Goldfish Catch a Number is a printable math card game that I made.
Count Your Dots is another math game we play with a deck of cards.
Check out this Multiplication Card game we reviewed.

And even more math games we have done: