Edible Layers of the Earth Project

If you are looking for a Layers of the Earth project, I have a really fun one for you. And, it’s an edible project, so that makes it even better!

We have been very slowly working our way through our Geography A to Z series at our house. This month we focused on the letter E and did and edible Layers of the Earth project. It was a favorite in the series so far since it way a delicious treat that we all enjoyed eating!

The book we have been using for this series is the Geography From A to Z book by Jack Knowlton. There was not actually anything in the book for the letter E, but since Earth starts with E, I just had to throw in an Earth project! Plus, I have been wanting to do a project with the Earth’s Core for a while.

How to Make the Edible Layers of the Earth Project:

What we made this time for our geography project was an edible Layers of the Earth project! We made The earth’s layers out of colored rice krispie treats and frosting. It was so much fun to both make and eat. 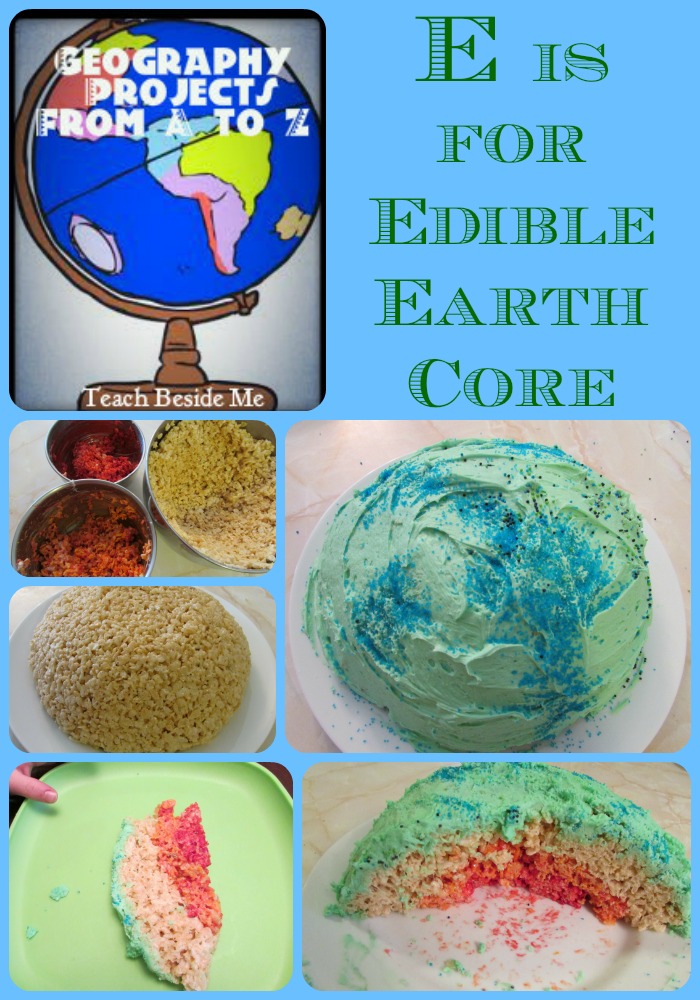 To make the Earth’s Layers project, I started by making a regular batch of rice krispie treats.

Melt the marshmallows and butter in a large pan on the stove over median heat. Cook until fully melted. Stir it frequently.

Take the pan off of the heat and stir in the Rice Krispie cereal.

Instead of putting the mixture into a rectangular pan like you normally would, we used a large round mixing bowl. Make sure to grease it first! It makes it much easier to get out.

Press all of the regular colored rice krispies into the bowl. I pressed them flat all the way to the edges.

Then I added the next layer- orange and pressed them to the edge as well, leaving a small well in the center to add the core. Press in the red Rice Krispies for the core.

Flatten them all down so they are flat on the bottom and flip the whole dome out onto a plate.

For the outer layer, or earth’s crust, I made frosting and tinted it to look like the earth with green food coloring. Then we used our blue sugar sprinkles to make the oceans. You could also do it with the two colors of frosting. 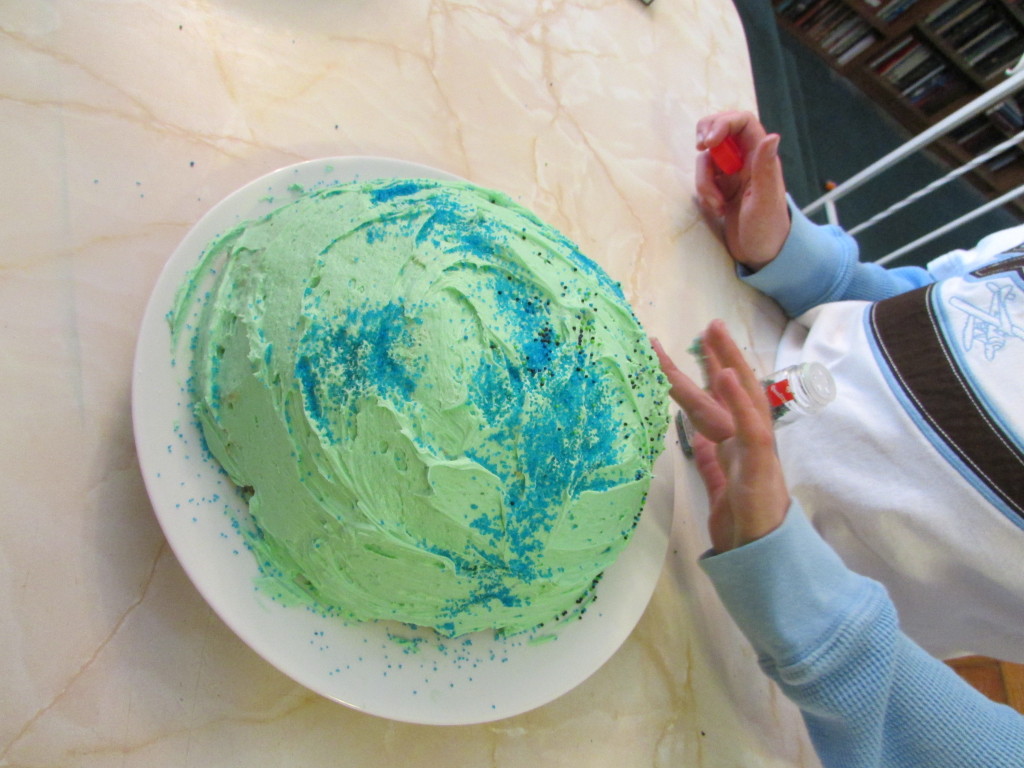 Teaching the Layers of the Earth:

If you want to go into more detail to teach about the Layers of the Earth with your kids or students here are a few basic facts for you.

The earth has 4 layers, that are often divided up further into five layers.

The Crust is the outer layer. It has everything that we see on it- the land and oceans that are visible to us. It is the thinnest layer, anywhere from 3 to 44 miles deep. When you think of the size of our earth, though, that is equal to the skin of an apple!

The crust represented by the frosting and sprinkles in our project. (See our Tectonic Plates experiment for another activity about the Earth’s Crust!)

The next layer is the Mantle. This makes up the largest portion of our Earth’s volume (about 84%). It is divided into the upper mantle and and the lower mantle.

Nobody has ever reached the mantle so all we know is based on studies of seismic waves. But we know that the mantle is fluid and always in motion.

The Core also is divided into an inner and outer core. This is at the center of the earth. There is a solid inner core and a liquid or molten outer core. The temperature of the inner core is close to 10000 degreed Fahrenheit! It also rotates.

The outer core reaches temperatures as hot as the sun! This part of the earth is what the earth’s magnetic field.

Books to Teach the Layers of the Earth: 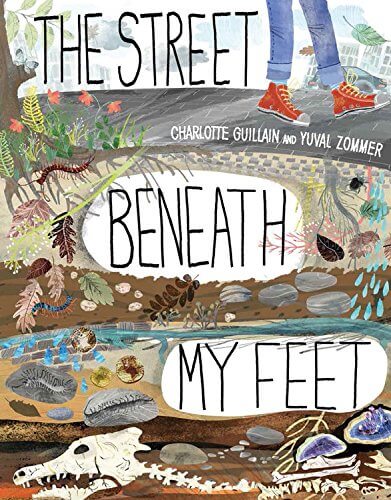 An amazing book to teach this concept further is The Street Beneath My Feet by Charlotte Guillain. My kids love this book! 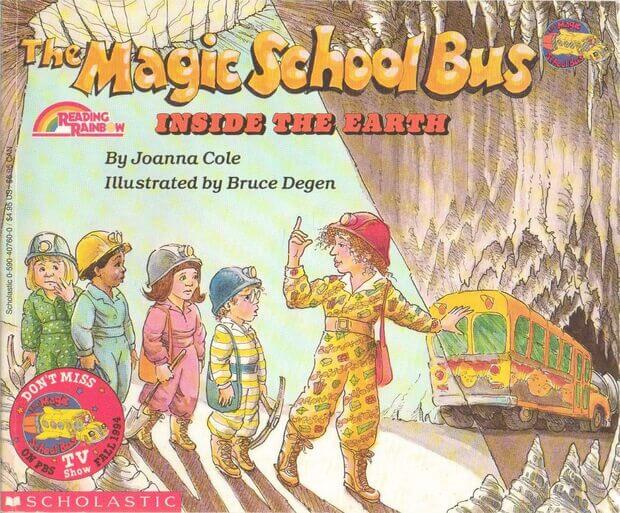 Nobody complained over doing this awesome Layers of the Earth project! I really love how it turned out. When you cut into it, it is so pretty. 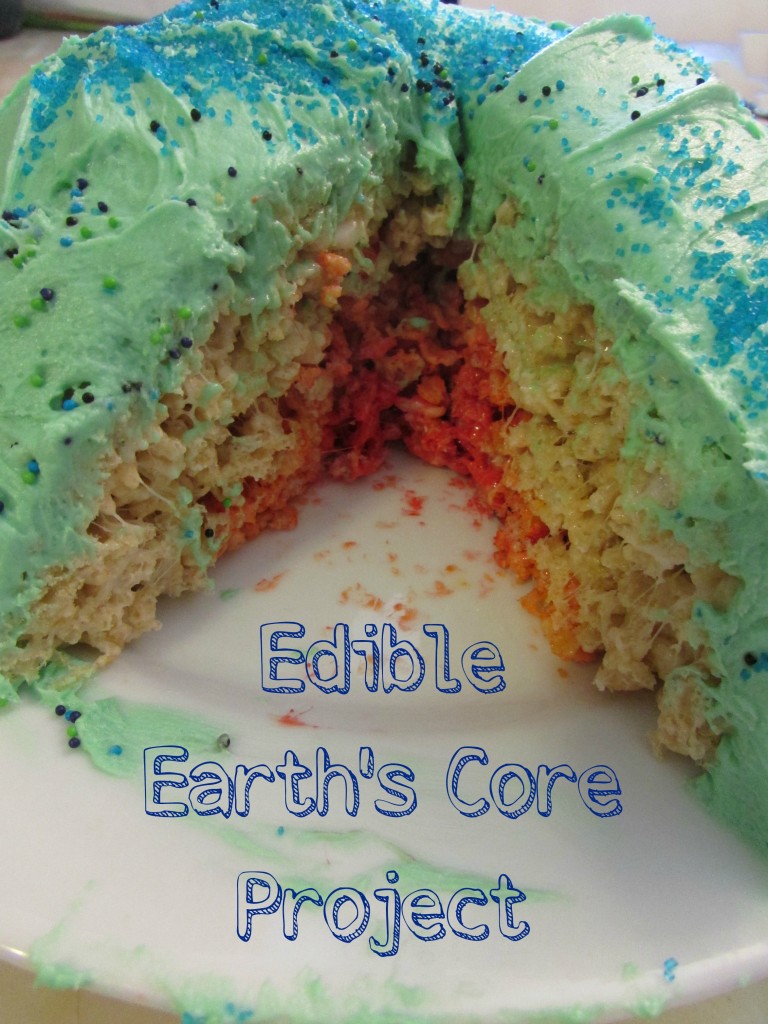 See the Past Posts in the Geography Project Series: 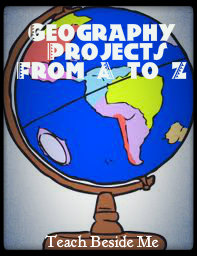 A is for Atoll & Archipelago

B is for Beach & Bay

C is for Continent

D is for Delta